Wow, am I really the first to get mine this time? Anyways, here it is in all it’s glory.
Ninja 3 in 1 cooking system
Big Boss Juicer
2 decks of Mr/Mrs Who cards
universal dashcam mount
USB Snapcable and box stand
Fuku bag 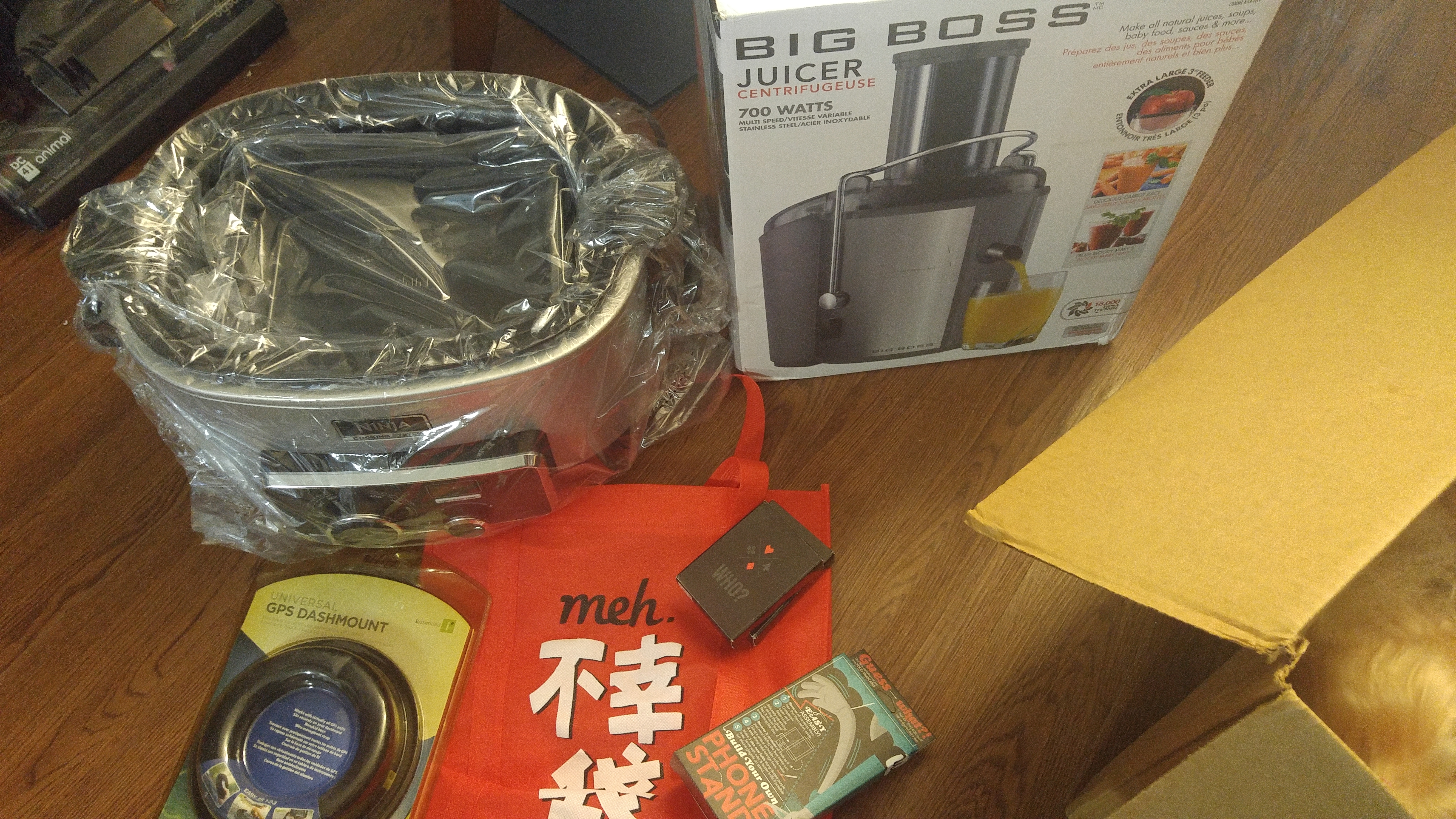