Let's Play Mafia: This Town Ain't Big Enough For The Fifteen Of Us 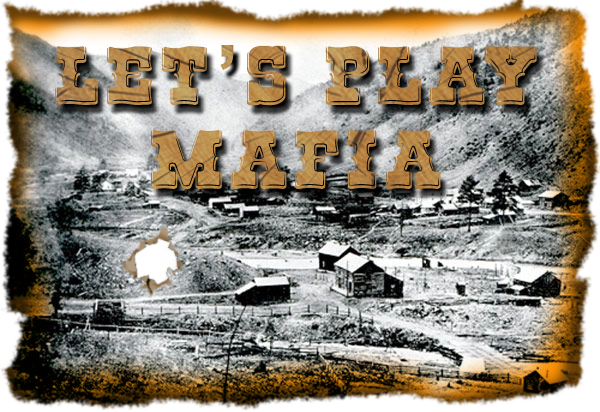 The air is chilly and the dew is crisp beneath Sheriff Amos Moose’s boots. He steps out of the sheriff’s office with a tin cup of coffee, stretches his arms, and yawns as he looks at the picturesque mountains in the distance. It’ll be ten minutes before he hears about last night’s murder. It’ll be fifteen minutes before the coffee kicks in. The combination leads Sheriff Moose, and this town, to a very shitty situation.
Settled at the foothills by miners who left the mountains citing “too much dirt” and “pickax too heavy,” the small Western town of Troll’s Butte, Colorado has been a peaceful settlement for years. The locals have built a close-knit community and enjoy a relatively comfortable existence with each other. Unfortunately, their proximity to the train station and many small caves in the foothills have made them a prime target for a gang of bandits looking for a home base and a safe place to hide their loot. The gang has already recruited all of the locals that they thought they could, and now plan on slowly killing the rest so they can claim the town as their own.
On this cloudy October morning, they took their first victim; Hyram, the beloved local musician and meth dealer. The locals are shocked and outraged and demand that Sheriff Moose execute the person they suspect to be a bandit. But how will they know who to accuse first? Will Troll’s Butte ever be safe?