Meh warehouse is running with essential staff to help customers stay at home during the COVID-19 pandemic.

Water Is The New Batteries

Okay, so let’s say there’s a power outage. What do you do?

(We mean, other than sleep poorly because not only does that mean your fan/white noise machine is down, but also everything else is off too, so you are assaulted by such a pure silence, one mostly unknown to your ears, that it’s deafening.)

You go looking for your flashlight, that’s what! But then what do you do next? You go looking for the batteries for your flashlight. Because maybe you got a little lax, given that you use that thing, what? Once every two months? And so the batteries in it have died and now it’s hard to find other ones because, well, you don’t have much light. And so you’re up a creek.

Unless you have this Hydralight Flashlight!

Basically, here’s how this thing works: it has a fuel cell that’s activated by water. Once it gets wet, it’ll run for, we’re told, hundreds of hours. And it doesn’t matter how you get your water. You could dip the cell in a glass from the faucet… 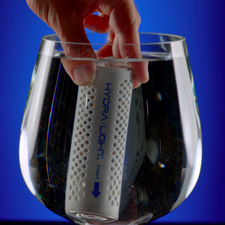 Or hold it out in the rain… 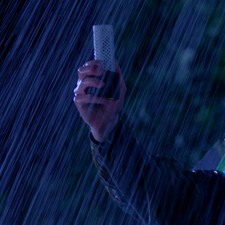 All this makes it a great emergency light. But here’s our question: if it’s true that this “runs on regular, distilled or salt water,” does that technically mean you could power it with the tears of your enemies?

Given this conundrum, we did the only responsible thing: we posted a question on Amazon. Now we’re not saying you should add a bunch of weird replies and make it a top question… but you could if you wanted to.

[EDITOR’S NOTE: Never mind, the buzzkills over there took it down. Ugh.]

In the meantime, maybe buy some water-powered lights!