WTF? The IRK is here already?

FedEx delivered this intact and undamaged today, on Sunday, when it was shipped yesterday. This amazeballs speed had me expecting that the contents would be truly merderiffic, and… it isn’t! Okay, it’s not oddball-size-android-tablet ++surprising, but it’s perfectly acceptable as a mix of goofy, weird, pointlessly obsolete, and genuinely useful. To wit:

One royal blue IRK bag (pretty)
One pack of a dozen novelty cactus-and-llama-themed pens
One jar of charcoal tooth whitener (bwuh?)
One iPhone6/7/8 case (so very meh)
One knit beanie cap in Army green-ish (useful, for me) 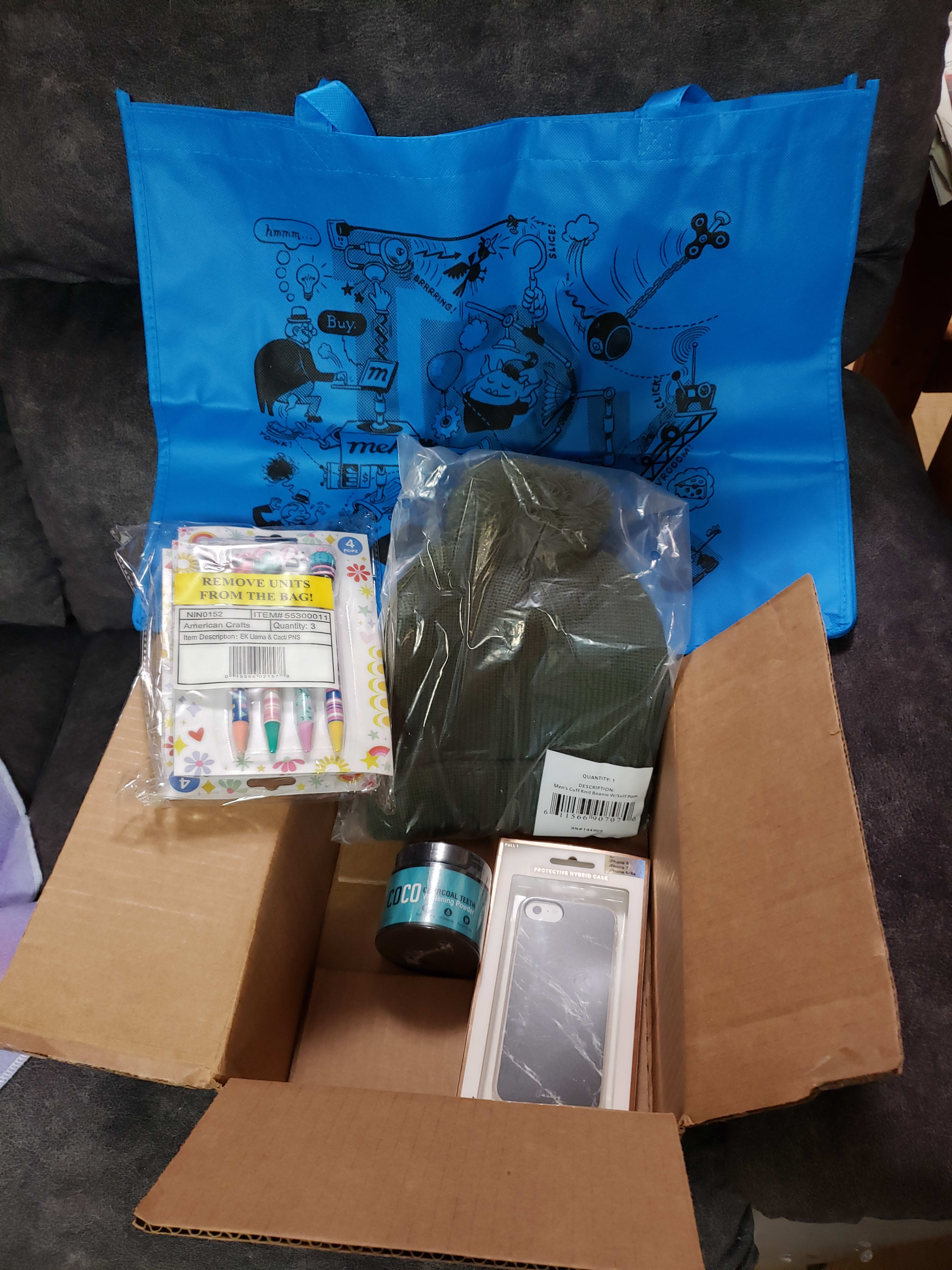