We’re not selling this deal anymore, but you can buy it at Amazon

We're Neon To Something

What we’ve got today is your totally typical, boring bluetooth speaker… LOL, JK! It’s a bluetooth speaker that looks like either a neon pair of lips or a flamingo. Like, just look at the lips one! 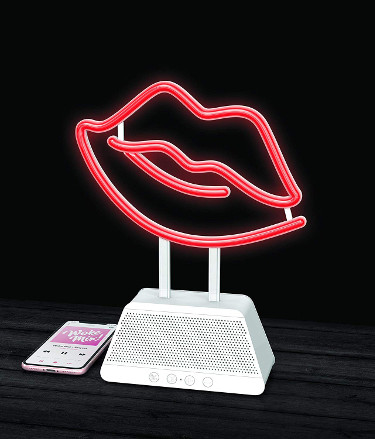 Seriously, what is even going on here?!

That’s what we’re here to find out! With a listicle! Presenting:

The Top 3 Weirdest Things In This Picture Of This Speaker: Number 1 Will Shock You! 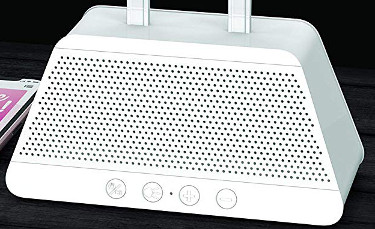 This part ranks in at number 3 because, well, it’s actually not that weird at all. Isolated, the speaker base looks pretty normal. You might even call it “cool” in a simple, understated sort of way. Or, to put it differently, if the speaker looked just like this, we probably wouldn’t be selling it on a Sunday. 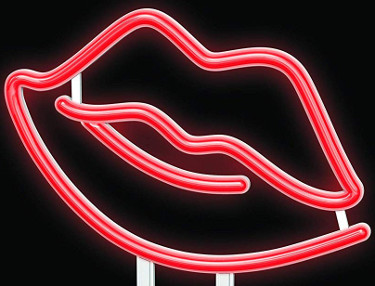 Sure, this is the most eye-catching part. We won’t deny that. But is it the weirdest? We argue no. Because it’s weirdness is very surface level. It’s weird like the guy you met in college that wears his tie-die shirts backwards and says “fun-yangs” instead of onions, but then you find out he’s from Connecticut and his dad’s a math teacher and his mom’s a real estate lawyer. Sure, that guy is weird, but it’s an in-your-face forced weirdness. There’s no depth to it, no nuance. 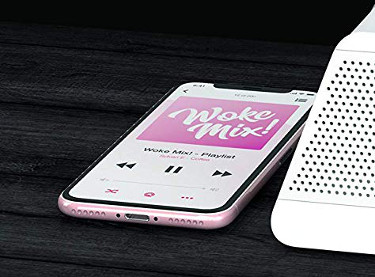 Now, here we got some deeper, more nuanced weirdness! Like, what is the “woke mix”? Is that a mix made up entirely of politically woke hip-hop? Or a mix of songs to help you wake up? Really, though, it doesn’t matter. By the look of the font, it’s likely that, regardless of which one it purports to be, it’s actually neither. At any rate, so much to unpack here!

And there you have it! The top 3 weirdest things in this picture of this speaker!

(Sorry, we couldn’t find any reviews on Amazon. Or, like, any info at all.)