Wow, pretty soon these things will just teleport to my door after ordering. Let’s get to it: 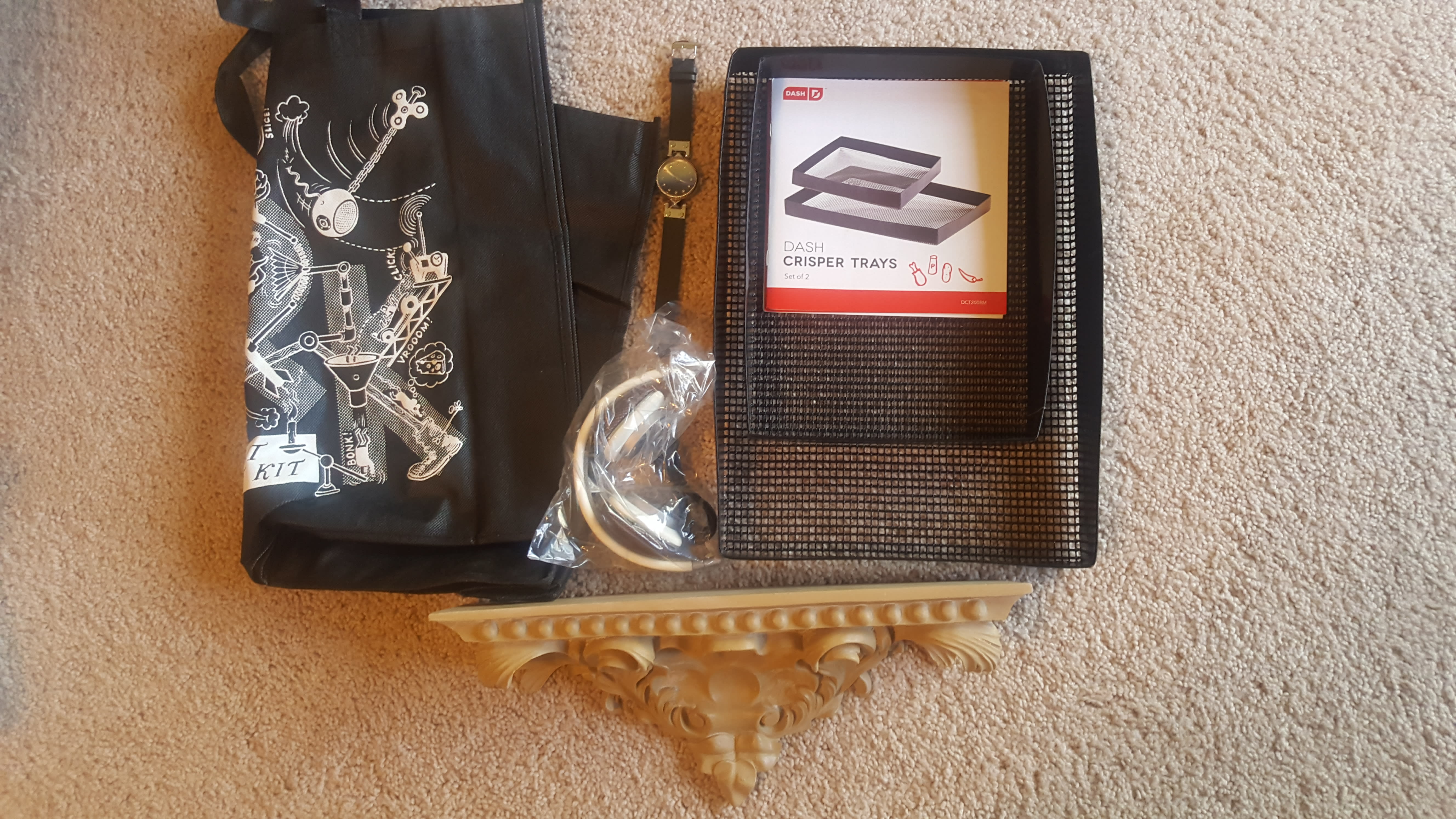 Dash oven crisper trays, but made of plastic? I dunno about this

Steve Madden watch, with barely visible ST, so it looks like Eve Madden

Wall shelf, unbroken and heavy enough to inflict damage when dropped on toe.

I’ve had better Irks and also worse Irks. I would say this one is perfectly meh.