I was thinking about all the complaints surrounding the calendar, and for the millionth time I considered automating my way around the click.

Today I remembered that @shawn did this a while back, and it got me thinking…

… a little while later, I made this, the meh botton!

So what is it exactly?

It’s a thing, that will click the meh. button for you at a fixed interval (default is every two hours, user configurable). It’s all docker’d up and ready for your delectable deployment.

Well, first I took the nice easy code written before, and I gutted it of it’s nifty Dash Button magic. It just clicks.

Then I started wrapping it up in a container. Rather than do something obvious like have it run as a service I opted to go the stupid hard route of using cron. Don’t do this.

Dissatisfied with this, I then added some fancy Docker Hub hooks to also make it build nice for my BeagleBones. (Hint: it runs like crap)

Finally, I even wrote a bit of documentation for anyone else silly enough to run this. Check it out in my git repo.

A picture of my lil’ cluster, because I think it’s fun 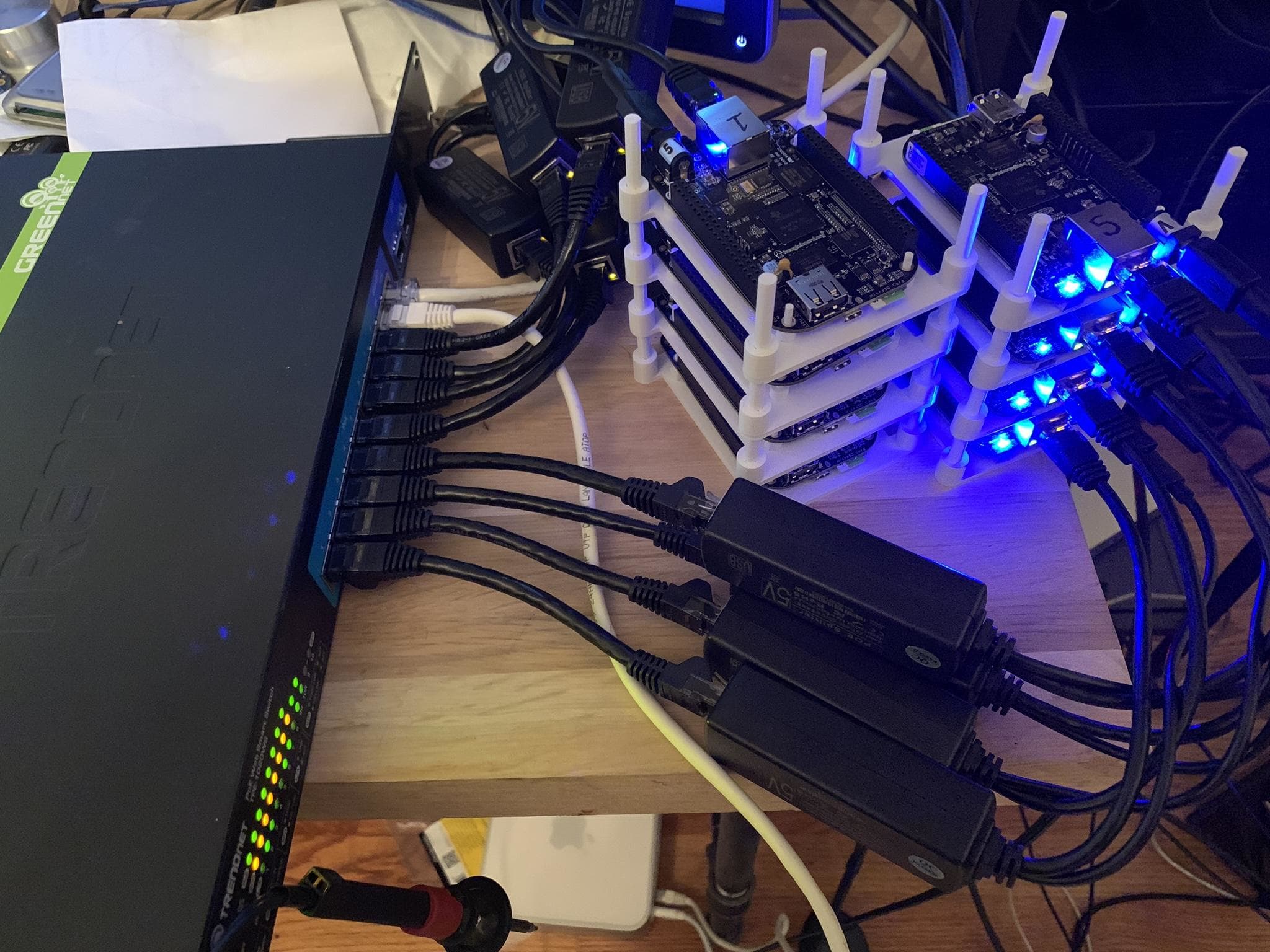