Never made crepes before. Turns out it’s easy as hell.
You know what’s hard? Trying to write on warm crepes with whipped cream without using a piping bag. 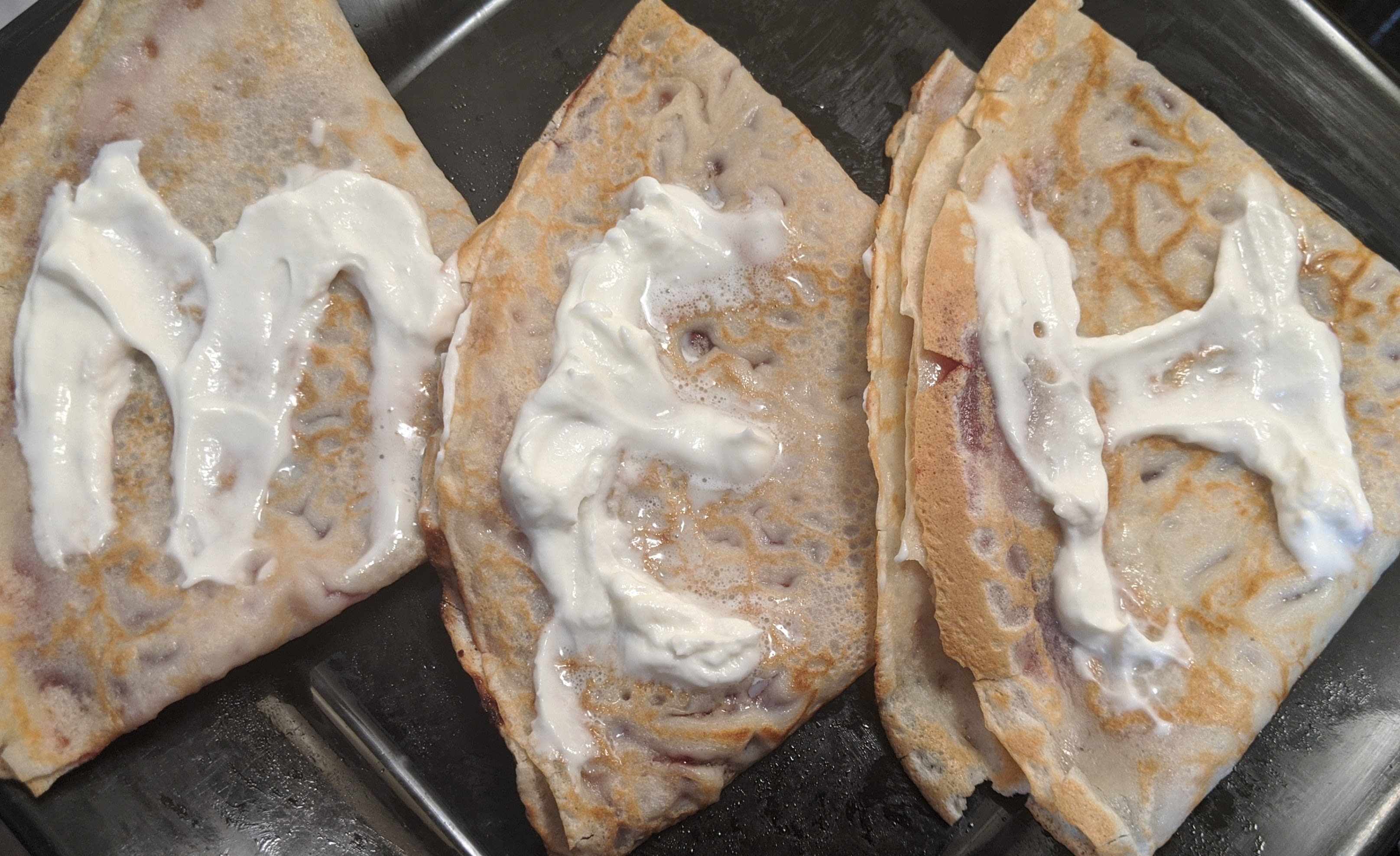