So unfortunately I wasn’t able to join in on the monsterification challenge, but I have made some Halloween crafts and wanted to share.

I made a couple of wreaths out of mostly Dollar Tree items.

I took their circle wreath form and cut out a section so I could make a crescent moon shape. Duct taped the ends and wrapped the whole thing in mesh. Poked some flowers through and then added a skeleton that I bought at Michael’s a year or two ago. I bought another bunch of the same flowers to add more, but haven’t done that yet. (The red thing is just a wreath hanger. My front door has a nail so you don’t see that.) 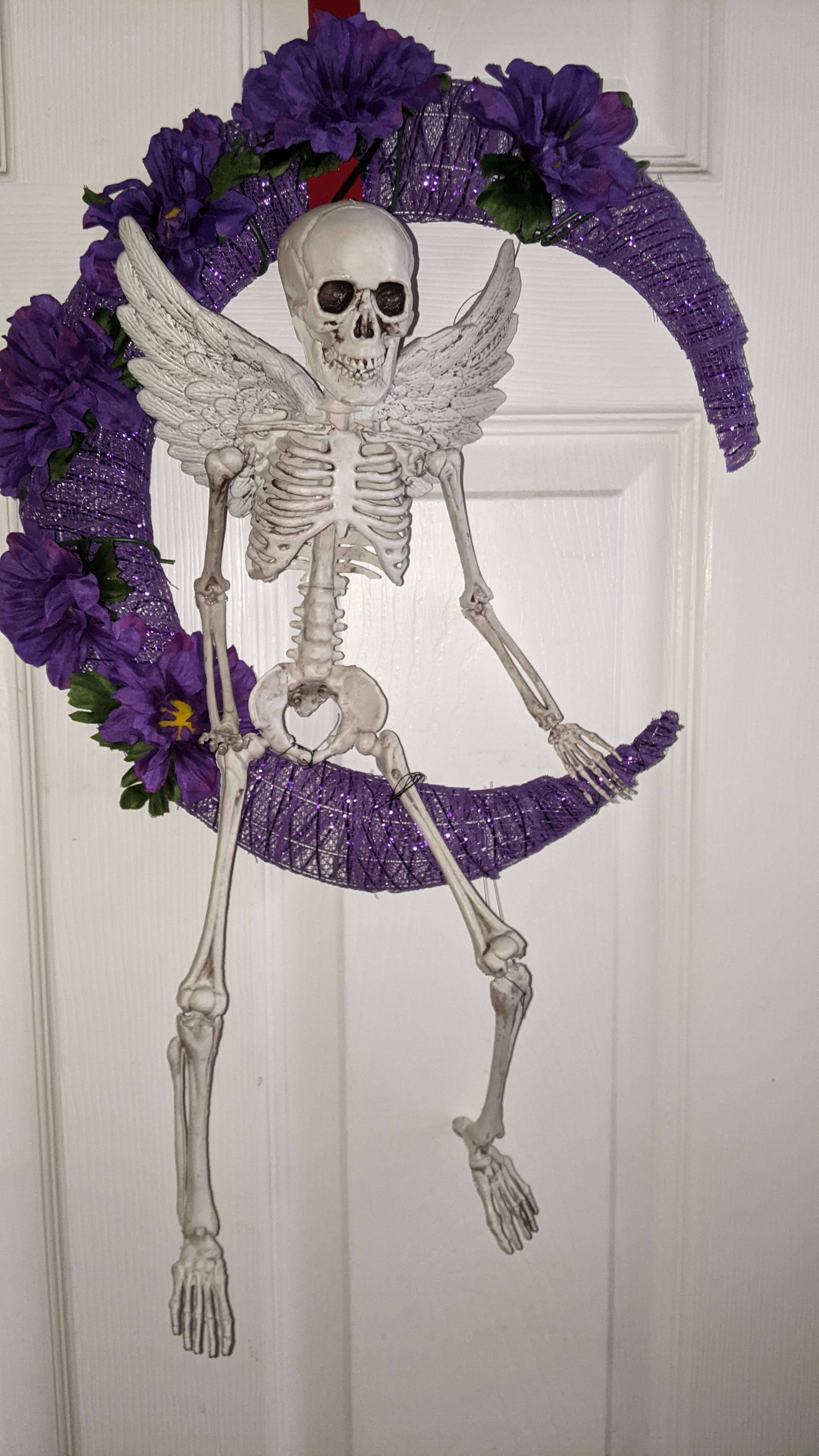 I made a second one with just a general witchy vibe. I had some little acrylic mirror pieces that I stuck together on some thread. Also added battery operated lights. I will add those to my other one. 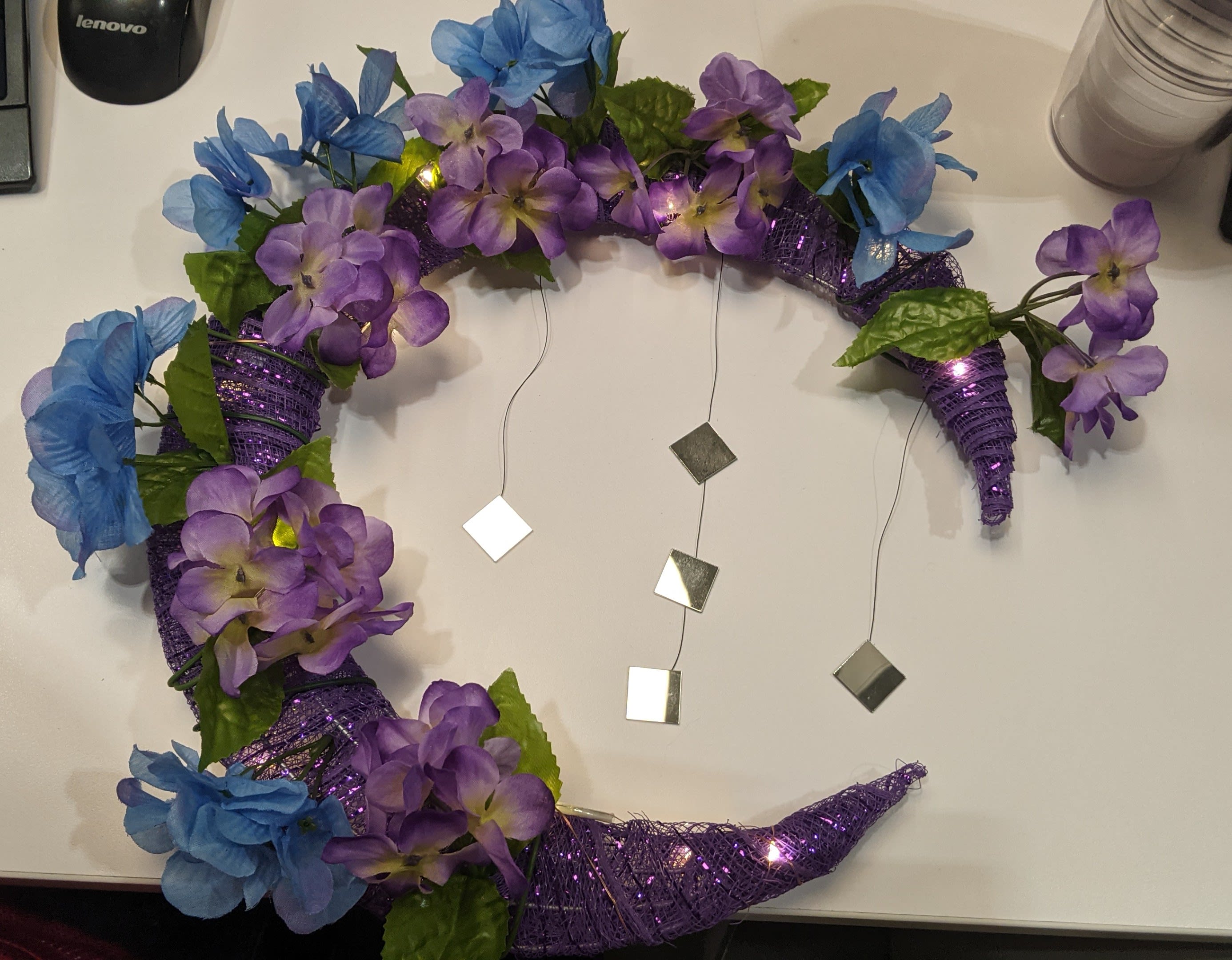 I really wanted to make some with black mesh, but dollar tree was sold out and I’m too cheap to buy any from the craft stores. I’ll probably make a new one next year. I gave the witchy one away.