The Washington Post has a video game up to try to fly a rocket through space debris without hitting any.

Of course it is also making a serious point. I got to 29 in three tries so far. I think I need more practice. 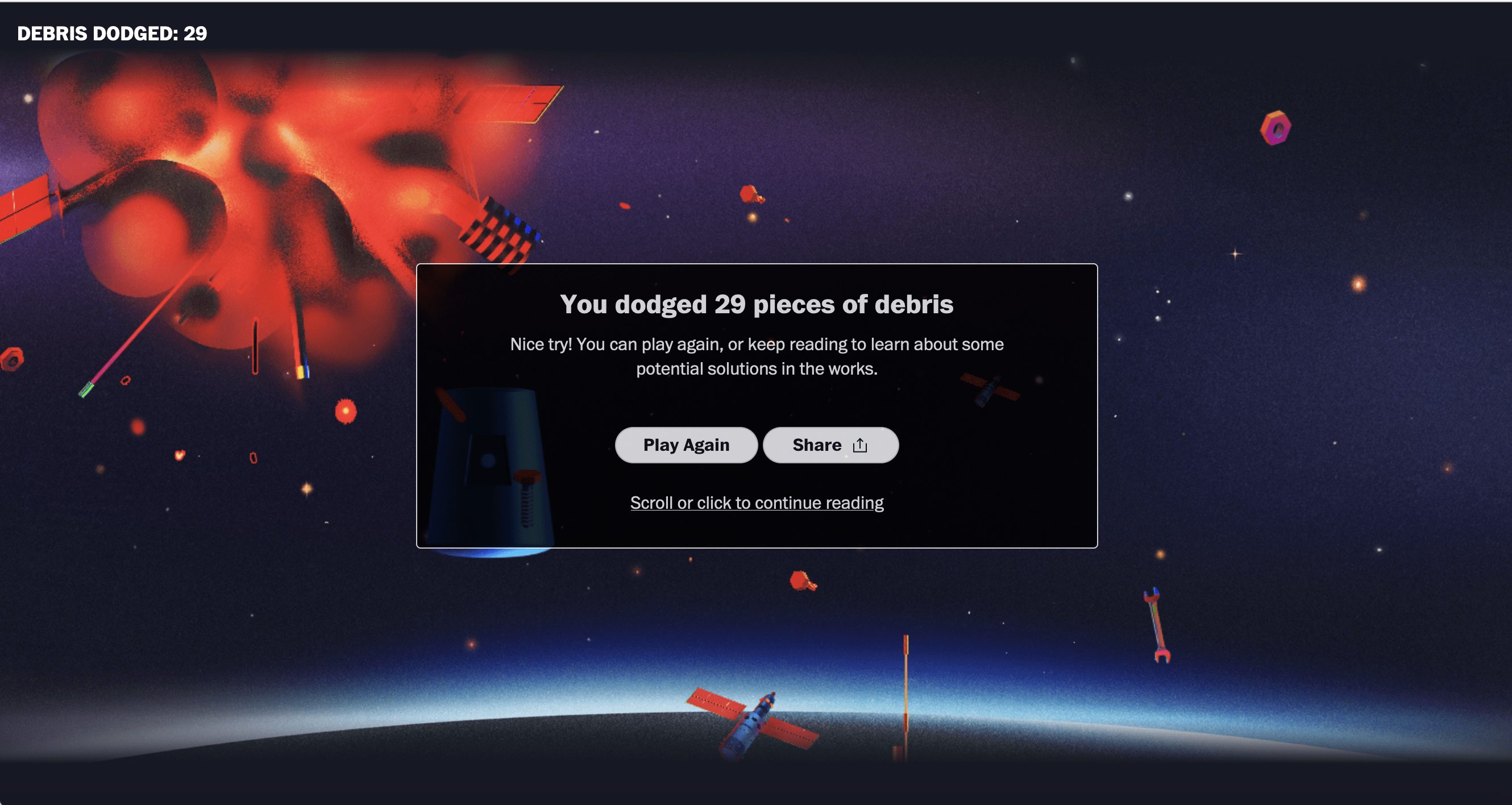