2-Pack: TKO Performance Base Layer Shirts with or without Fleece Lining - 2 for $18

$89 to $99 for similar Sheets at Bed Bath Fashions

A better (if less adventurous) way.

They jog down the darkened alleyway, breathing sharply but quietly through their noses. Cardio is a mutual strength after some cousins combined their gift budgets to get the pricey internet-connected exercise bike from the longshot end of the wedding registry. Together now for just over six years, they’d made a home together—and a life.

Now he’s checking an address on a hastily scribbled note and she’s finding a way to negotiate her way from the side of the dumpster up to the bottom rung of the fire escape ladder. She moves some old milk crates. He counts windows from right to left, ensuring that they had correctly identified 3A from below. Their long shadows stretch high against the brick apartment building as headlight beams are thrown against their backs like spotlights.

The lights pass. Probably some gig driver turning around before returning to the grind.

They return to their own work at hand.

Finally peering into the window from a sheltered perch on the balcony, they could see that the intel was good. Their prize was right there, reachable without even stepping inside the window.

He opens the medium leather duffle, not from the registry. (Is it so hard to stick to the registry? Did you have a gift card to kill, Kevin??)

She reaches her arm through the darkness inside, stretching her fingers until she felt it. Soft. Textured. Perfectly broken in thanks to several years of anxious tossing and turning from the screenwriter-turned-barista sleeping uneasily on top.

“Now,” she spits, whipping the perfectly supple bedding through the window in a continuous swoop and stuffing it expertly into the waiting leather bag.

The duffle thumps with authority on the pavement from three floors up as the two thirtysomethings follow, scrambling down the ladder and landing with a soft scuff on the pavement. They were halfway back to the newly-leased hybrid hatchback waiting in street parking by the time the victim above had pieced together what happened. Again.

Tires chirped indecisively as they headed back to their impeccably cool loft apartment across town.

At the first stoplight, they kiss.

“There’s got to be a better way to get sheets.”

Because seriously, there’s new car smell and there’s the silky smoothness of a fresh jar of peanut butter and there’s the delightful allure of a blank notebook, but there’s nothing satisfying about the weird feeling of brand new sheets that haven’t been broken in.

There should really be a way to skip ahead to the cozy crinkly goodness of sheets that have been around a while. You know…without violating the rent-controlled sanctity of an ambivalent barista on the third floor.

And there is. It’s here. 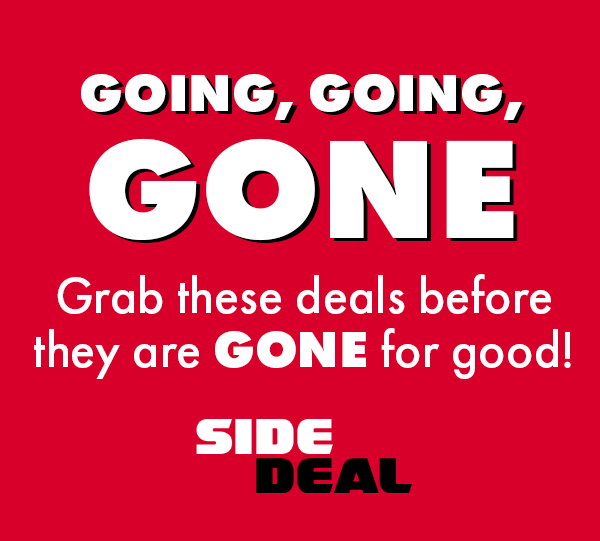