With his last breath, Leak Frog saves the day!

On February 17th, 2006 I bought a Leak Frog from Woot. When he arrived I placed him between my furnace and water heater and then promptly forgot about him.

Even though forgotten, Leak Frog stood resolute in defense of my townhome, vigilantly protecting me and my family without acknowledgement.

Yesterday evening, as my wife and I were getting ready to go pick up our daughter from a late field trip and then head to dinner, there was a faint beeping from somewhere. After a quick search we located our hero chirping away in a tiny voice in a 10’ x 5’ puddle of water in the basement. A pipe had burst under our neighbor’s house and it was seeping in through where the wall met the floor. We got everything out and used a shopvac to clean up the water. We were pulling up about a gallon or two every five minutes until the water company showed up to turn of the water at the street. Without our heroic Leak Frog, we would have returned from dinner to a flooded basement. It wasn’t a fun evening, but it could have been so much worse. Thank you, kind Leak Frog.

When I went to replace his batteries I found that he had been running on the original… let’s call them ‘secondary market’ batteries that he shipped with almost 14 years ago.

So, noting his heroism, I declare the Ides of November, ‘Leak Frog Day!’ We are forever indebted. 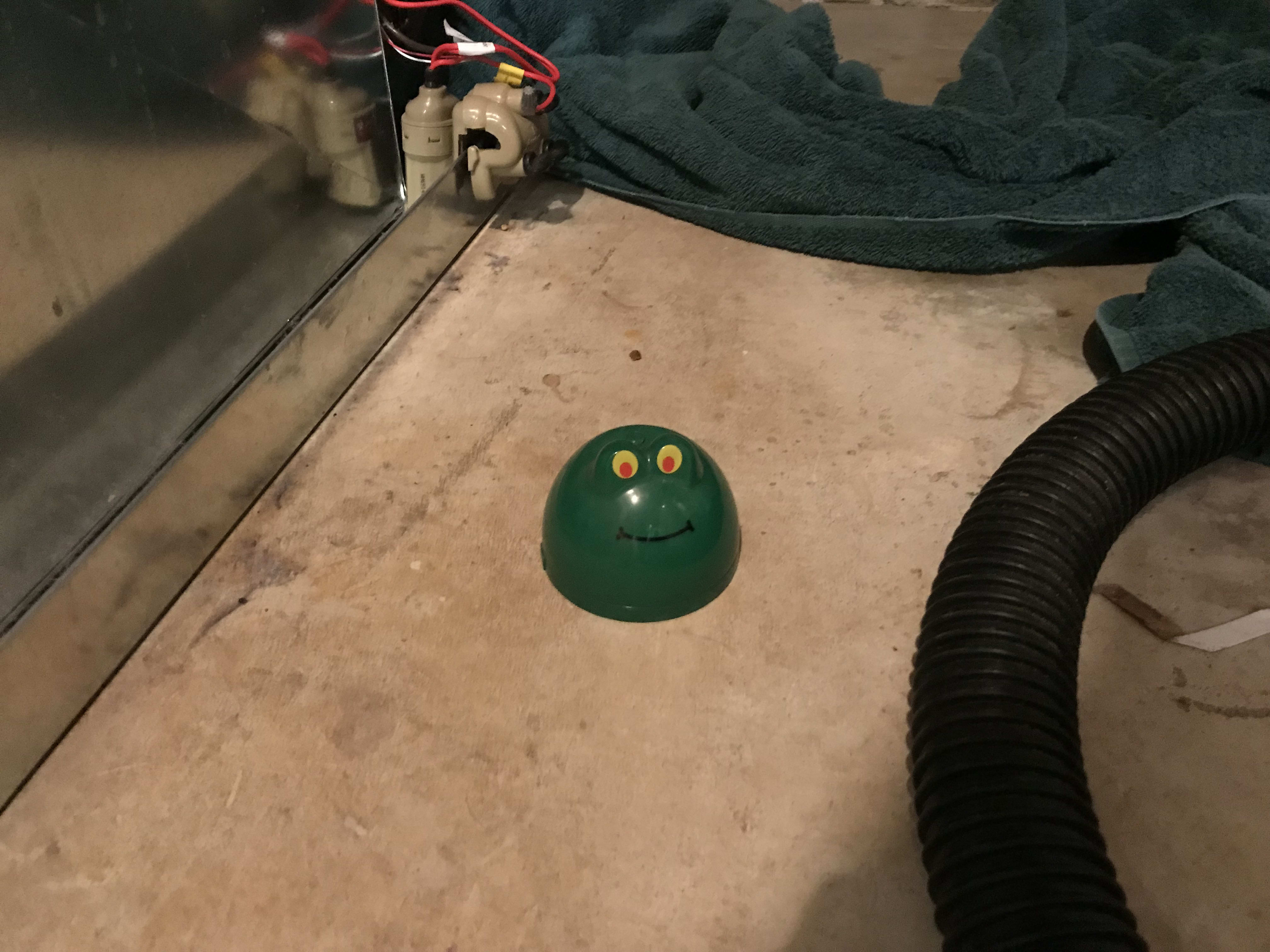