Walter is becoming a spoiled bird and a problem

For the past week or so, he has refused to come down off his high perch on his play stand to eat his breakfast (eggs, melon, string beans and chick peas) He used to come down when he saw me bring his food dish. The last couple of days I had to take him down and put him in front of the dish for him to eat.

Today he wanted no part of the food I gave him until I gave him the tails from the peel and eat shrimp I had for lunch. That he came down for and started to eat. SPOILED BIRD. 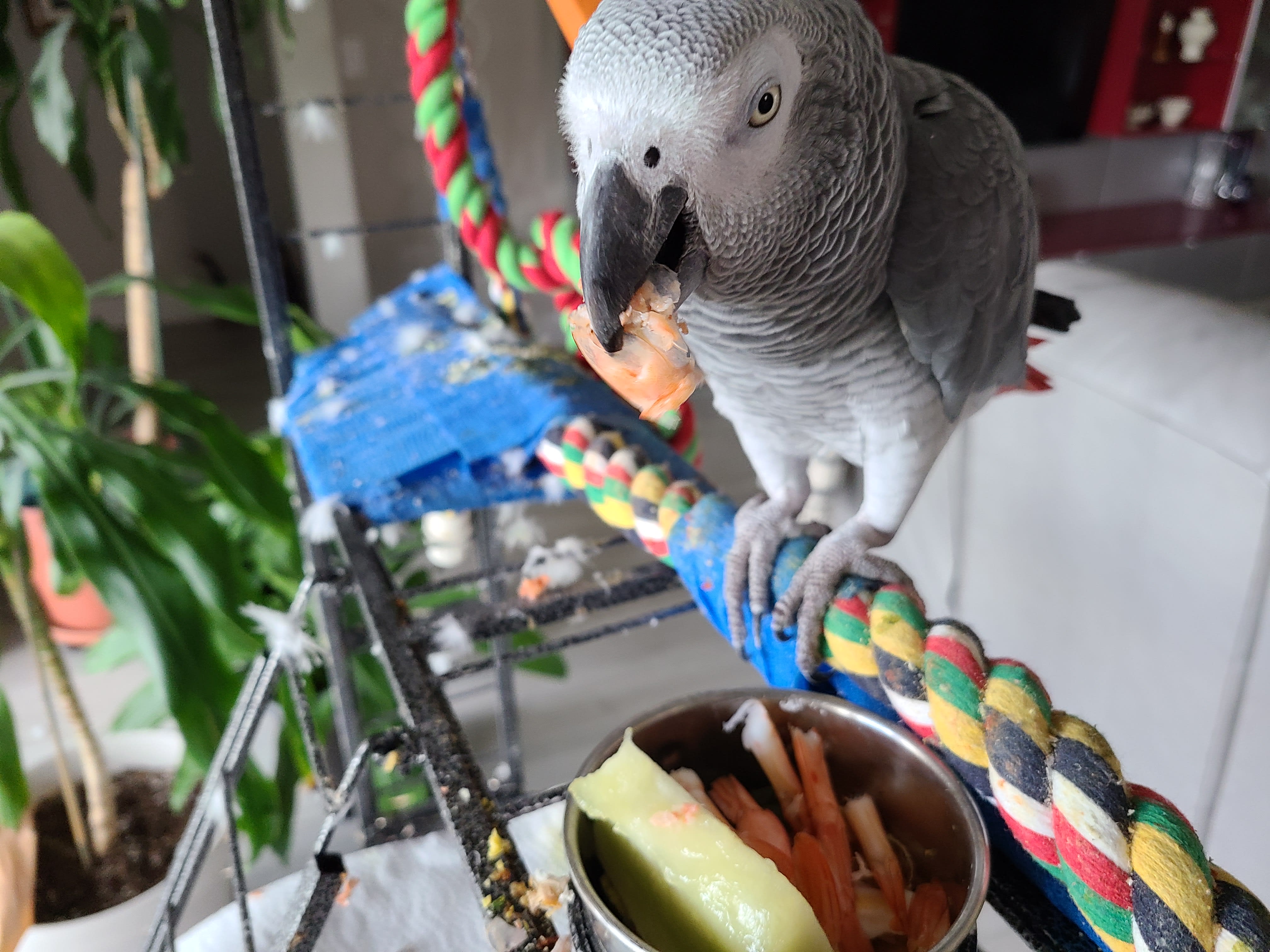