There are times in your life that you run into people who are larger than life. Some people never do, some people do quite often, and there is the middle group of folks who will sometimes run into someone you weren’t expecting to.

My parents are in the ‘quite often’ group. My mom grew up in a small town in update New York in the 1930’s. One town over from where Lucille Ball grew up. I asked if she ever met her and my mom said, ‘yes… but I wasn’t too impressed’. That’s my mom. She could ride a horse and shoot a rifle. My mom is kind of awesome.

After my dad left the Air Force, he became an architect and a set designer for local news stations in Seattle. He designed sets for William Shatner before Star Trek was a thing (my daughter has a Shatner number of two). He turned down a job after meeting with Walt Disney because he didn’t want to live in Southern California. Then he worked with a real estate company and he ended up as the broker for the sale of the South Fork ranch in Texas. Which was the big estate that was used in the TV show Dallas.

My daughter has played peak-a-boo with John Glenn. Who has walked on the moon.

My wife and I fist bumped Sammy Hagar on our 10th anniversary, and had a great conversation with Chef Morimoto on our 21st. We’ve been lucky to be in the right place at the right time.

But my favorite thing is when I when I was getting started in IT and I did work for Dean Young in Clearwater, Florida in the mid-90’s. His dad, Chic Young started the cartoon strip ‘Blondie’ and Dean carried the torch when his dad retired. The guy had more money than God but was the most down to earth guy I’ve probably ever met. When I worked on his computers, he’d always throw me at least a $20 tip and tell me to go take my girl out girl for a drink

One day I was finishing up my work and he asked what I was doing for the weekend. I said it was my girlfriend’s birthday so we’d probably go out to dinner somewhere. He asked for my address and two days later an overnight package arrived in the mail for my Jenny. He is such a good dude. 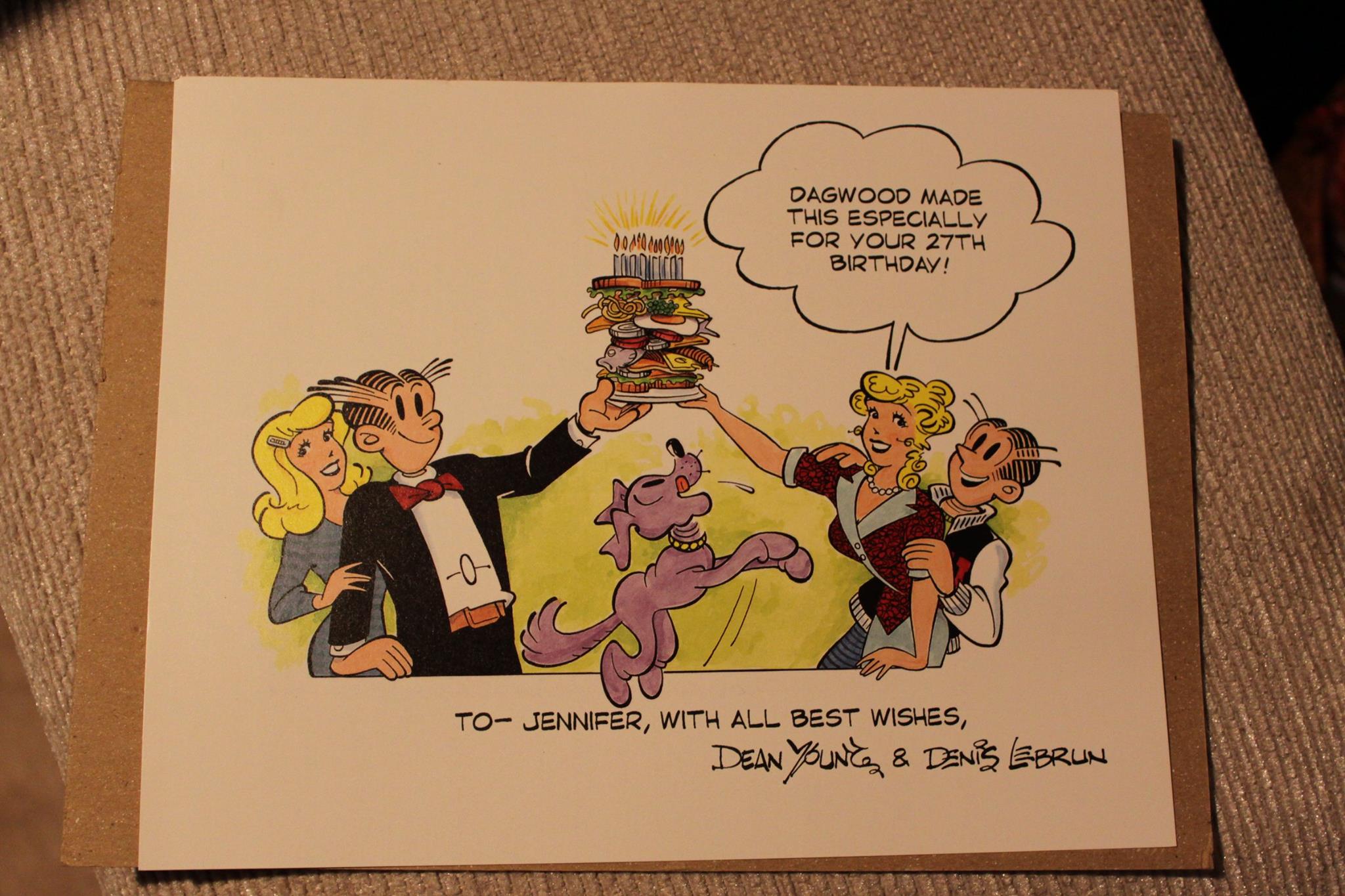 So… if you’ve had an unexpected encounter you’d care to share, please do. It’s always nice to see how human household names can be

(and/or the other side of that coin)

Oh, and ‘Mean’ Joe Greene saved my life. That’s another story. Too many words already