Inflatable of the Day 4/7

For today, we have a mass-produced inflatable, the BigMouth Corgi Sprinkler. These are available through several online retailers for about $60. He’s a cute enough toy on his own, but he also has a water sprayer in the tip of his tail! You just connect a standard garden hose to the receiver on his belly, turn on the water, and you have a fun shower to run through on hot summer days. The corgi may not be explicitly designed for it, but he can hold the weight of an adult on his back, and I’ve found that he is a very comfortable spot to take a nap! Corgi is about 7 feet long, and his tail stands up almost 6 feet when he’s fully inflated. He has a single air chamber, inflated via a large Boston valve on his rump. The company BigMouth produces several other inflatable sprinklers, including a unicorn, a T-Rex, a giraffe, and more. My corgi is named Sonaro, after the ‘fursona’ (furry persona) of the guy who generously gifted him to me! 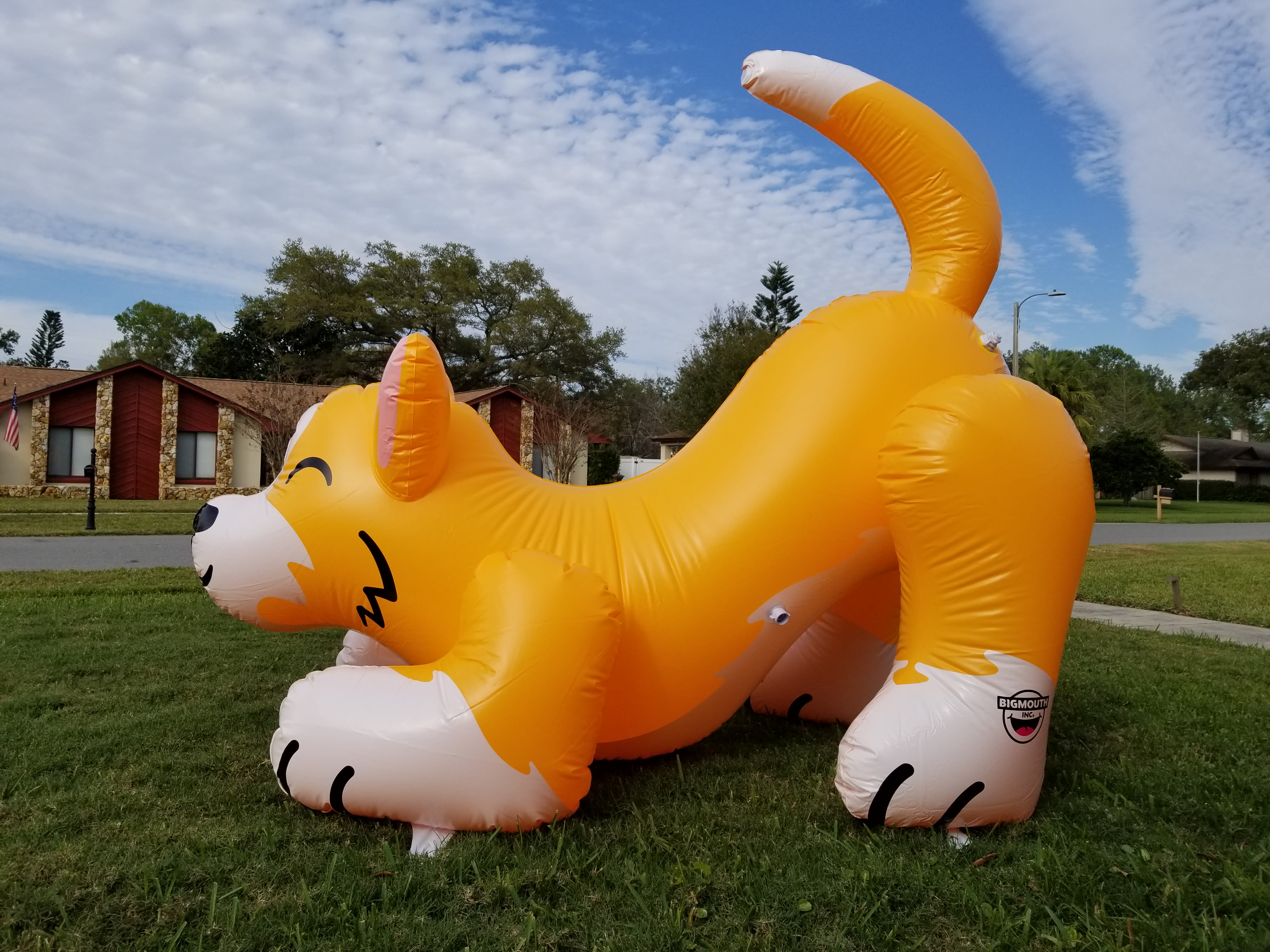 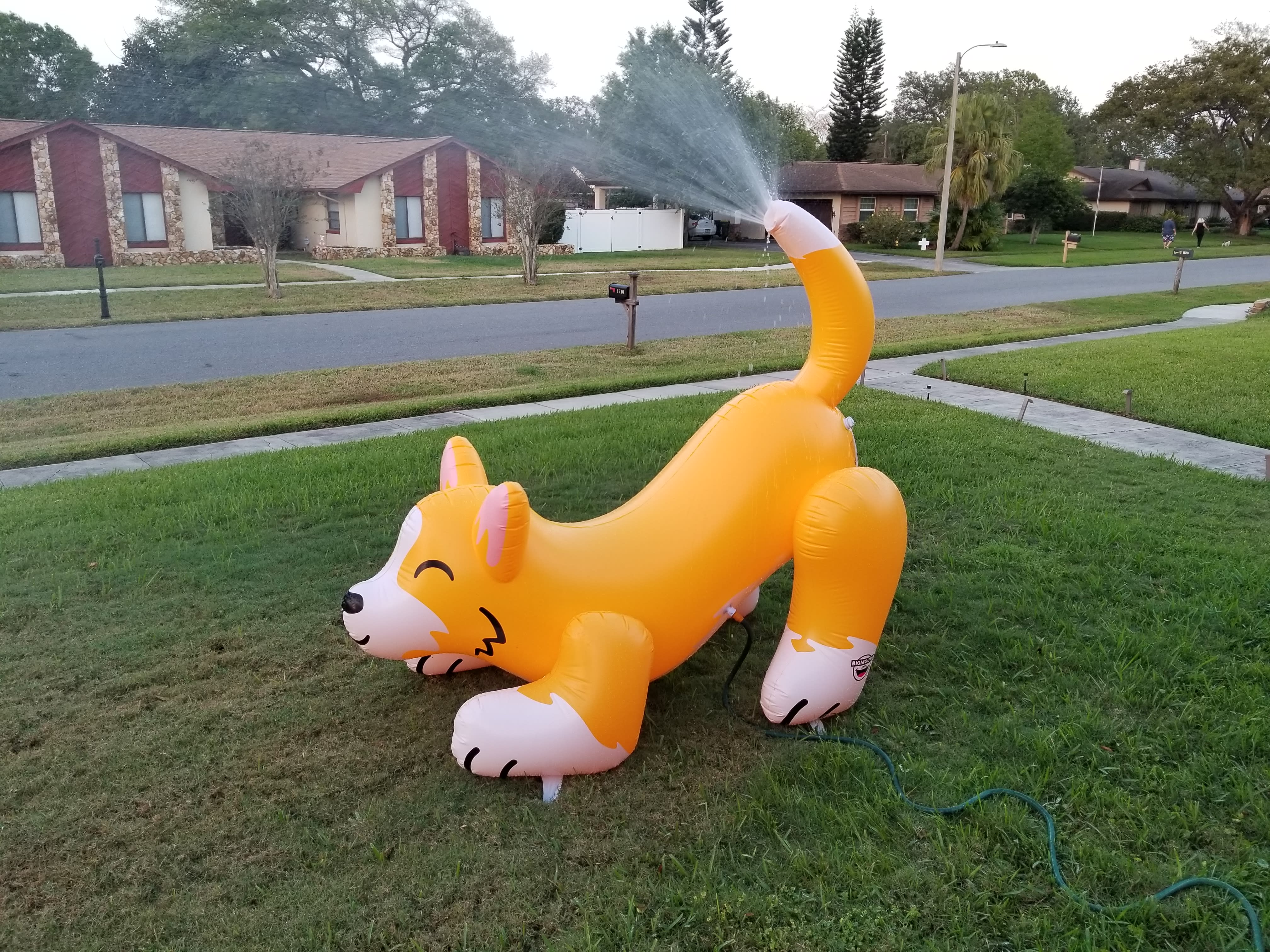 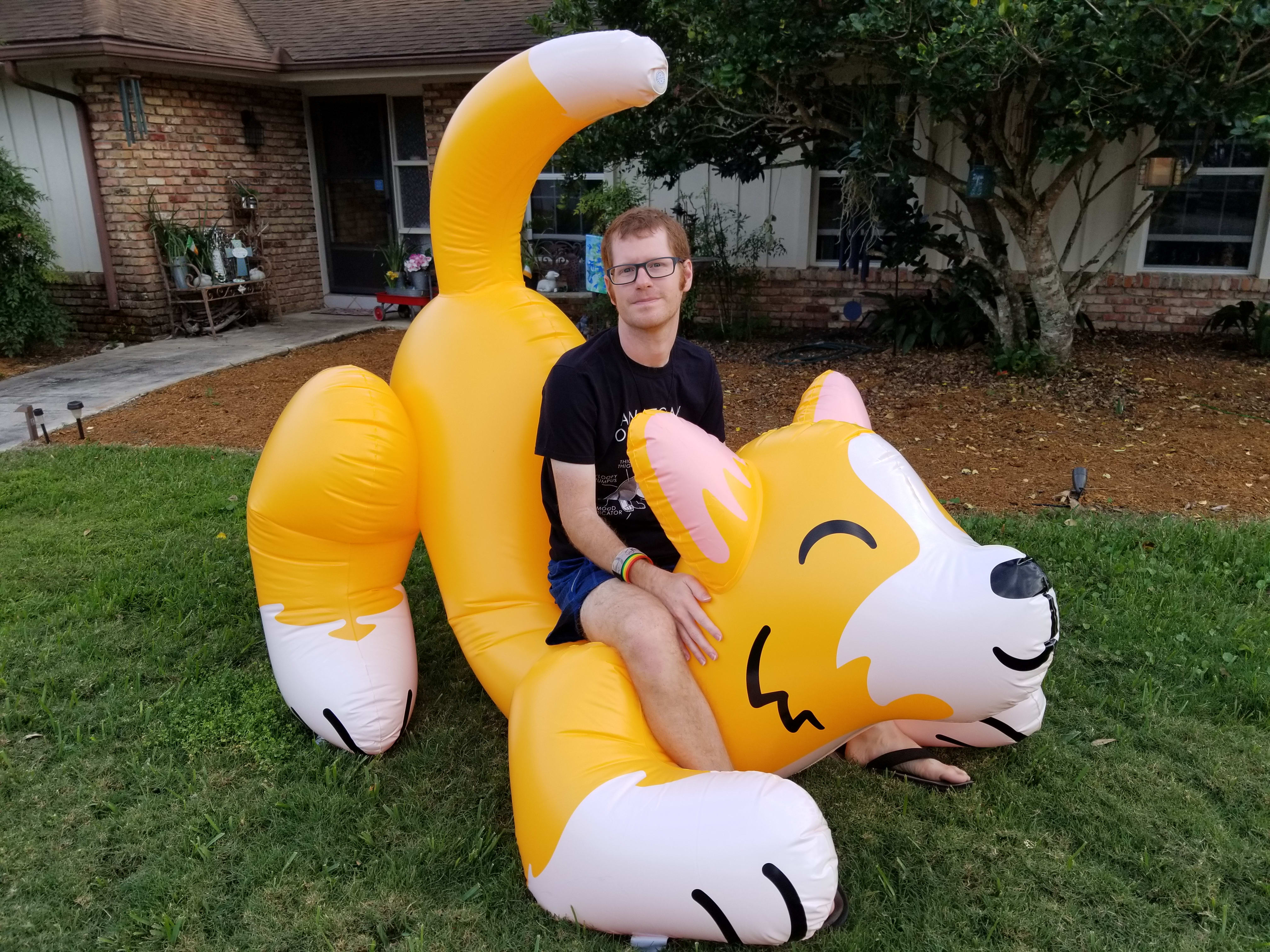