Halloween Candy Showdown The Final Round.

And then there were two.

As we’ve come to expect from Reese’s they didn’t disappoint. M&Ms seemingly cracked under pressure as Reese’s completely claims this round and move on to the final round. Reese’s peanut powered offense is just nuts and not brittle at all. Will Reese’s be stopped? Can they be stopped or will Reese’s win it all?

On the other side, it was a bit more sporting as Snicker’s faced an unexpected Twix no one saw coming including Snicker’s. Despite all that Snicker’s had to offer they failed to satisfy. In a major upset while it was close Twix holds on to move on to the second round. Twix is expected to be a severe underdog in the next round. 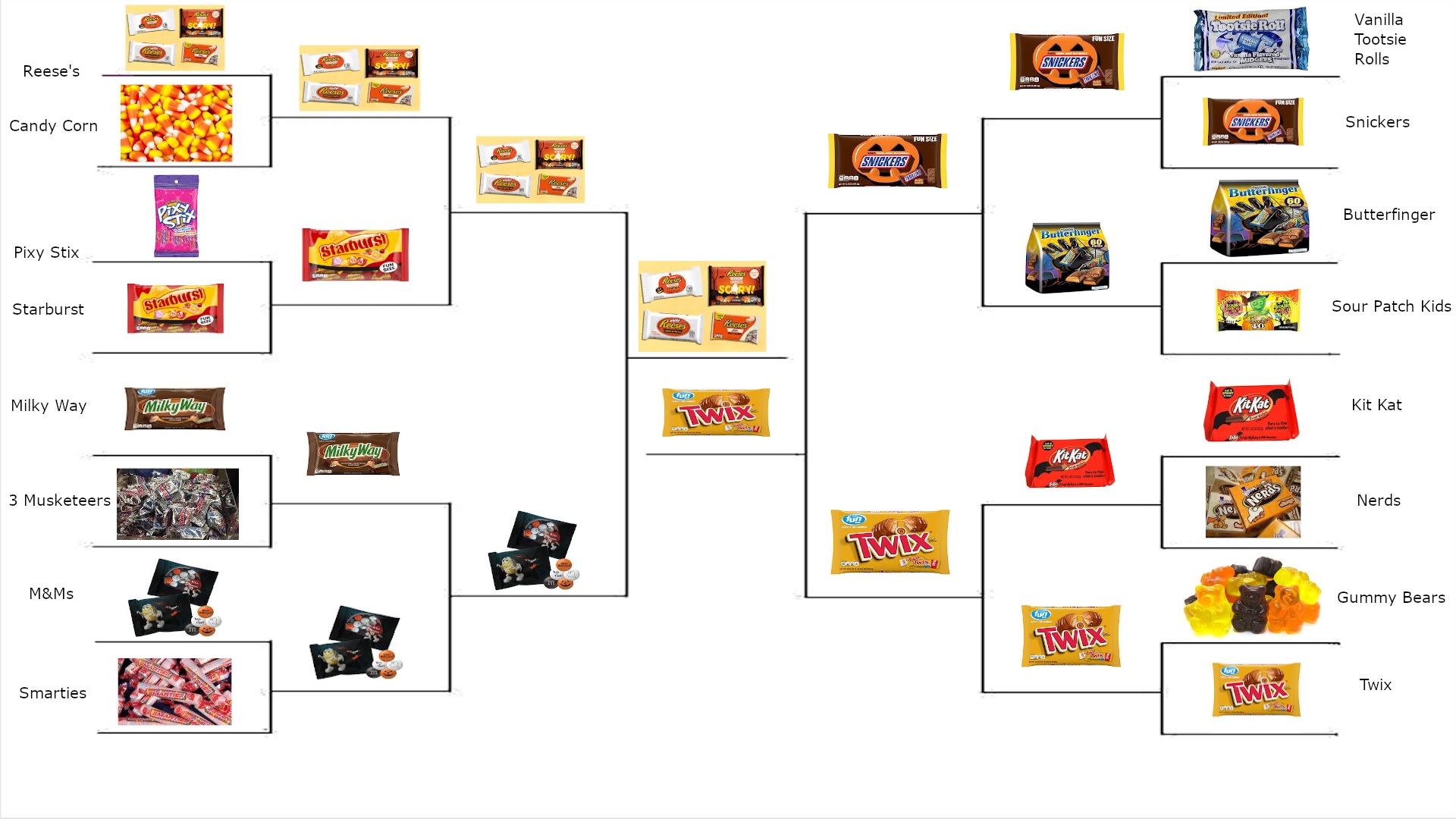