An elegant weapon for a more civilized age. 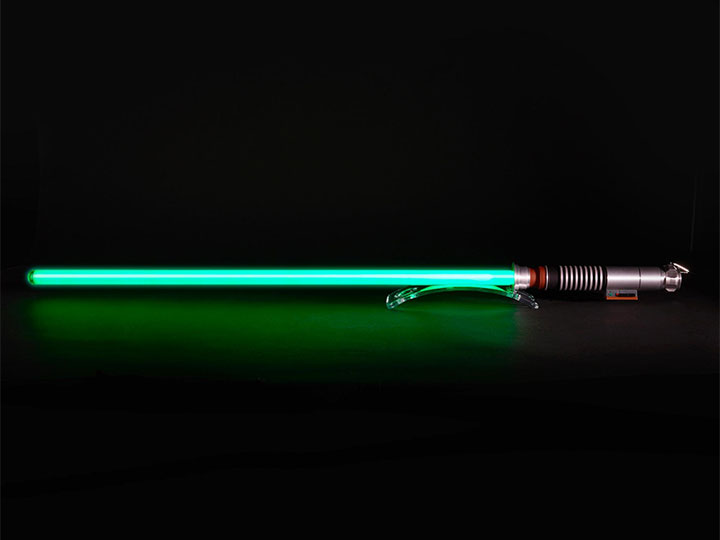 If you’re a Star Wars nut, you have a lightsaber, don’t you? If not, you need one. And you should treat yourself to a nice one like the Force FX series. The outstanding features of the Force FX are: they’re close replicas of the real thing (they may not be 100% screen accurate because they need to have room for batteries, etc.), the handles are made out of metal so they have a nice heft to them, the LEDs sequence up and down the blade when they are turned on and off, and they have lots of sounds. There are power up and power down sounds. There’s the idle hum. The motion swoosh. And there are the clash sounds when the blade hits something. The sounds are tailored to the individual sabers.

(Just a side note on “screen accurate”. This is often referenced as the ultimate standard for prop replicas, but a closer look leads to the question of “which movie?”, or even “which scene?”, are we talking about? “Anakin’s” lightsaber was the first one I bought, way back in 2009. Now since in the storyline, that’s what Obi-Wan took from Anakin and gave to Luke, that’s the same thing as “Luke’s” lightsaber in the first two movies, right? Well it’s not. There are differences between the on-screen sabers that fans obsess about. The same issues are present with Han Solo’s blaster, for example.)

There have been sabers made for just about every character that ever wielded one. 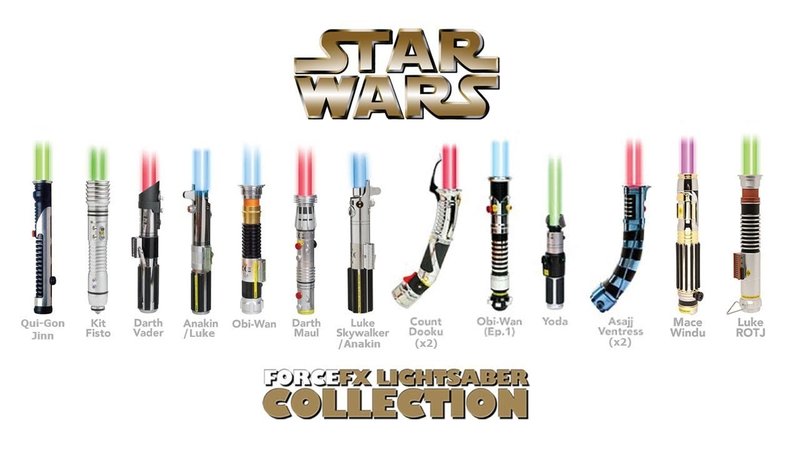 Darth Maul’s was sold as a single saber, you had to buy two, and put them together with the included coupler. Or you could use them separately. I got lucky and found them on a closeout sale at Shopko years ago.

If they are in current production they go for $100-150. But if they are out of production and considered “collectable” the prices can be breathtaking. But deals can be found. I picked up Kylo Ren’s lightsaber for $85 just before Christmas.

There was a run of Force FX lightsabers with removable blades. They were more expensive than the fixed blades. I really wish I’d bought one when they were available because the prices on them now are through the roof. 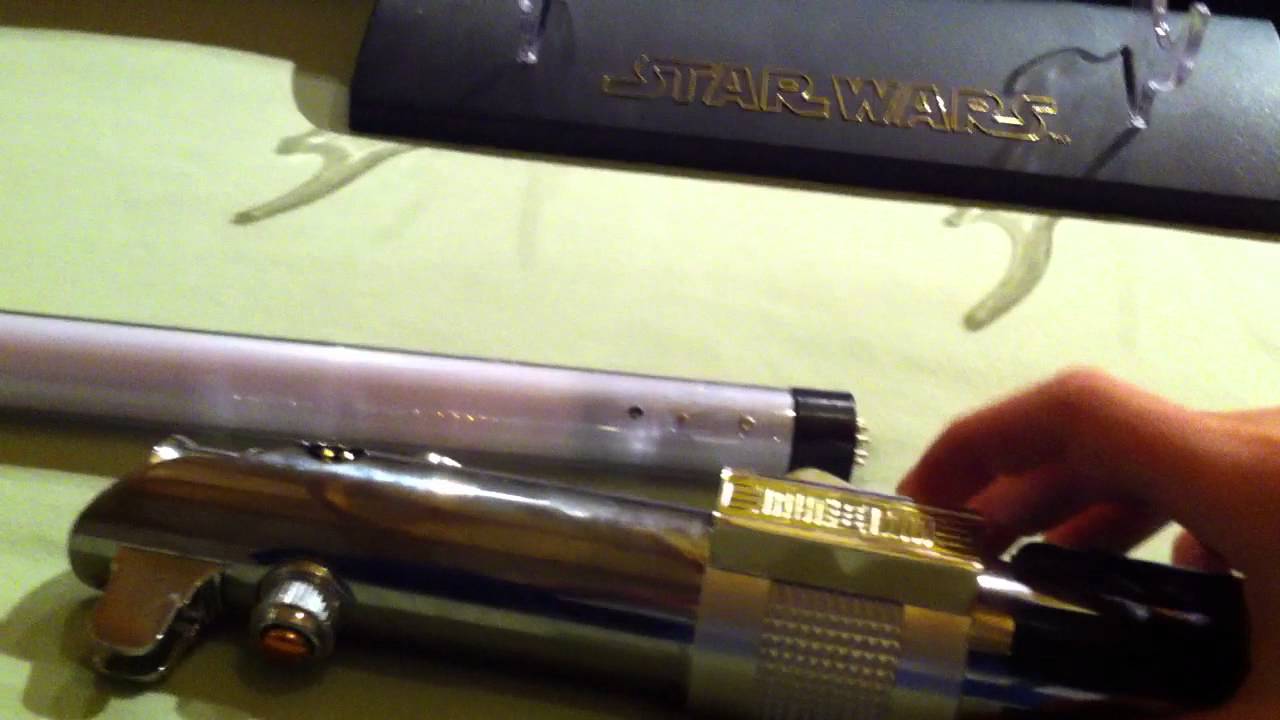 Besides the fully licensed and approved Force FX line (created by Master Replicas, now owned by Hasbro), there are a lot of independent light saber makers out there. They seem to fall into several camps, and some makers produce sabers in several categories. I don’t have any first had experience with any of them, so if you do, please chime in.

There are the full contact, full strength combat type. If you want to really attempt to kill your friends, with none of this wimpy pulling your punches stuff, this is what you want. They generally sacrifice the power up/down effect, and have a single bright LED in the base, and they may be silent as well.

The Force FX are up to light dueling, and the blade-on-blade clash sound is wonderful. But it needs to be “stage” dueling or you can cause damage to the LEDs in the blade. I’ve never had a problem with it, but some have.

There’s the maximum screen accuracy camp, where they try to better the Force FX models.

And then there’s the fantasy or generic sabers, where folks go nuts and make up their own designs.

Within all these general categories, there’s a huge range of features: sound or silent, blade power effects or not, detachable or fixed blades, etc. The sky’s the limit on prices too.

Here’s a couple of articles on some of the lightsaber makers.
https://www.theverge.com/2016/4/10/11371902/star-wars-lightsaber-fx-sabers-custom-luke-skywalker-graflex

This is a great collection, and a good demonstration of power up & power down. Most are Force FX, but there are some other makes.

You need a lightsaber of your own. What could possibly go wrong?