Fruit of the Day: Dragonfruit 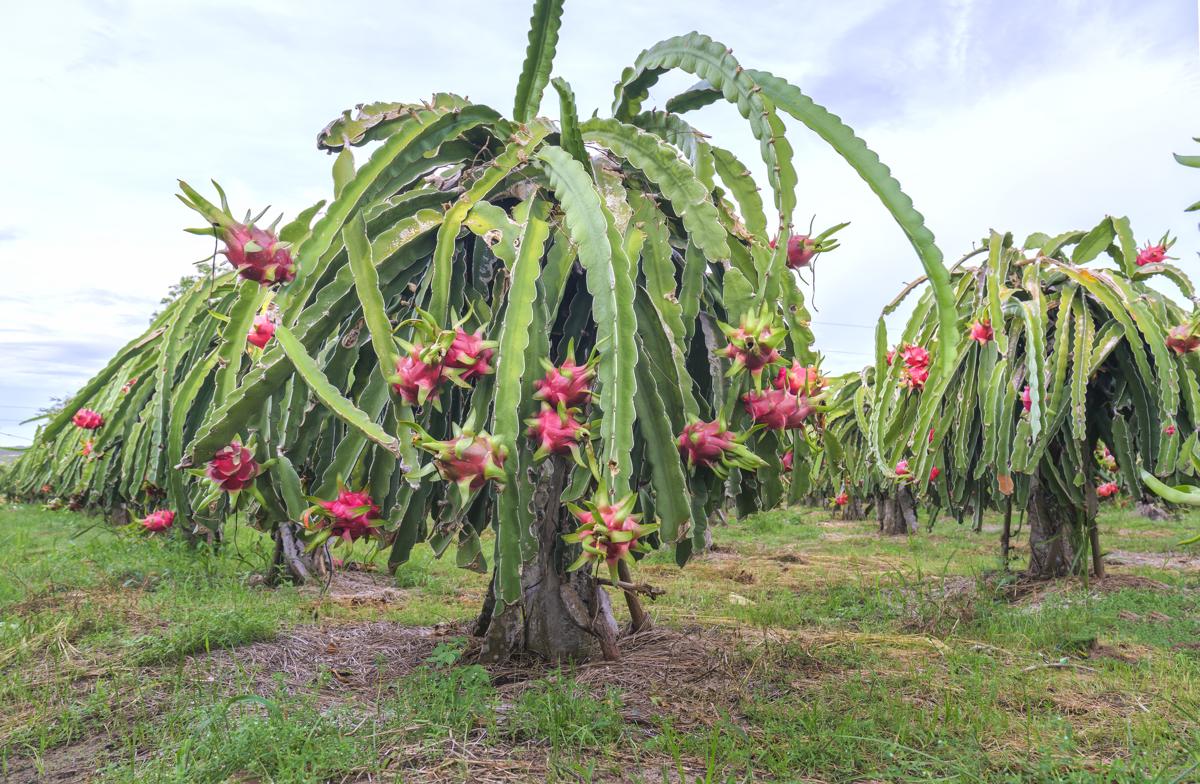 Today’s fruit is dragonfruit. Based on the image above, you may think the plant is a tree, but it’s actually a vine; it just grows on a trellis like that on farms because it only produces fruit on the parts that hang back down. The fruit has an interesting, but mild taste. The kind with white pulp that you usually find in stores tastes like what a radish would taste like if, instead of being hot, it was mildly sweet (only slightly sweeter than a cucumber). The yellow kind tastes the best–kind of like a cross between that and a kiwi (still a very mild taste, though). There’s also a kind with purple flesh that tastes like a milder white dragonfruit. Basically the only thing it’s good for is prettying up fruit salads. It has a very strong pigment, so a little bit of goes a long way to turning the whole thing purple. 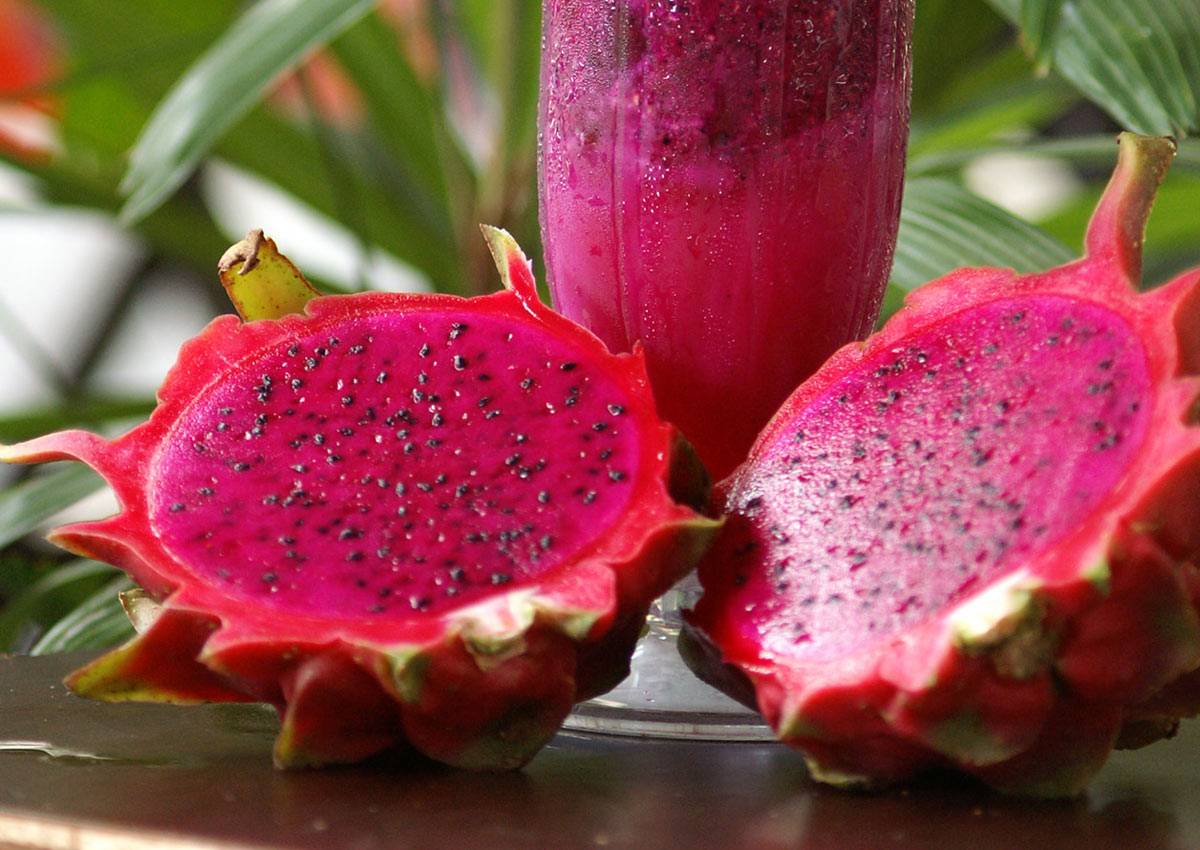 Although these are common in Asian stores, and some varieties are even named “Vietnamese” White or Yellow, they actually originated in the Sonoran Desert of North America. (Bonus: a song about the Sonoran Desert) Fun fact: All cactuses are native to the Americas. It’s actually becoming more common to see them for sale in regular markets around Florida now, and I’m sure you can easily find them in Arizona.

Cactuses are pretty hard to kill, but it does take work to get these to fruit. You’ll need a trellis like the one in the first picture, and you’ll also need several different varieties (many dragonfruit varieties aren’t self-fertile and need another one to fruit). It also needs water to flower; fertilizer will help the flowers turn into fruit. Around here, when the rainy season starts, the dragonfruit quickly burst into flower. They have huge, pretty flowers that only fully open at night. My neighbor planted one years ago (never really fertilizing it or anything) and it did so well it killed the avocado tree it was growing on—so definitely don’t try to cheat and use a tree for a trellis.

They can be grown in a bigger range than most of the other plants I’ve posted. Basically, if your area doesn’t have prolonged freezes, they’ll probably do well. @Tightwad and @Tadlem43, these probably can be grown in Texas (with a little more effort to protect from freezes where you are. It also may grow slower since it stops growing when it gets cold). There’s something for you guys after all!