Did anyone else get a MorningSave postcard? 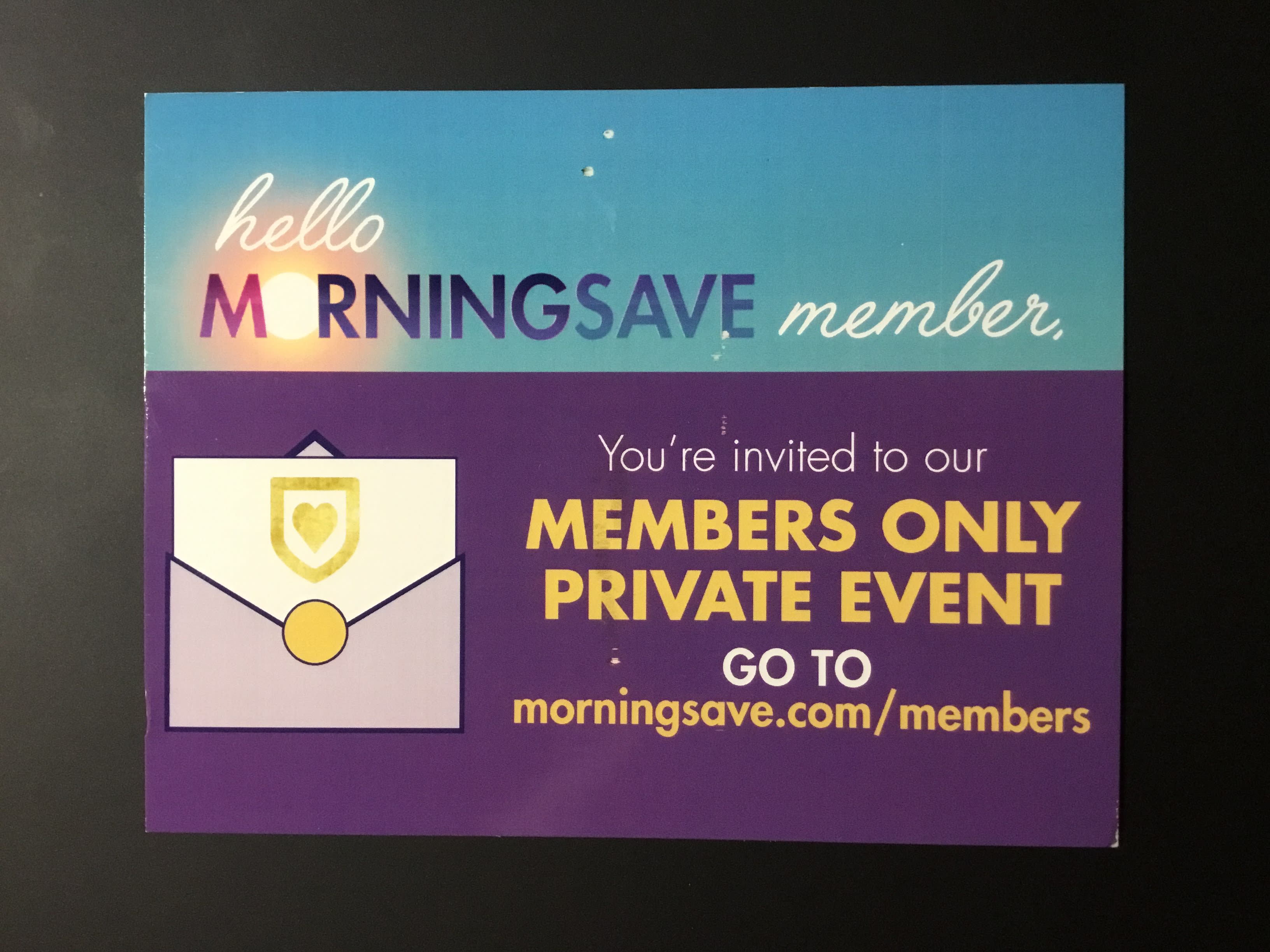 This just arrived in my mailbox. I was surprised to see direct mail advertising for MorningSave, but I suppose this is a case of Mediocre experimenting with ways to reach out to customers. I wonder if it’s for MorningSave members only (or people with the membership benefits there, which I guess I fall into for being a VMP), if it was sent to everyone who’s bought off of MorningSave before to tempt them into membership, or if mailer recipients were picked randomly and I got lucky enough to land in the experiment group.

If it is for members only, perhaps I should count this as a free VMP surprise?