This started on my “Heroes/Stunning in Purple” topic, with a reference to me likely being “Gallium Man” since I’m nowhere near “Man of Steel” right now.

Gallium melts at 86 F, so it’s solid in air, but melts in your hand. Non-toxic too, and fun to play with. This was after holding the plastic vial in my fist for a while. The edges melted, and the center stayed solid. 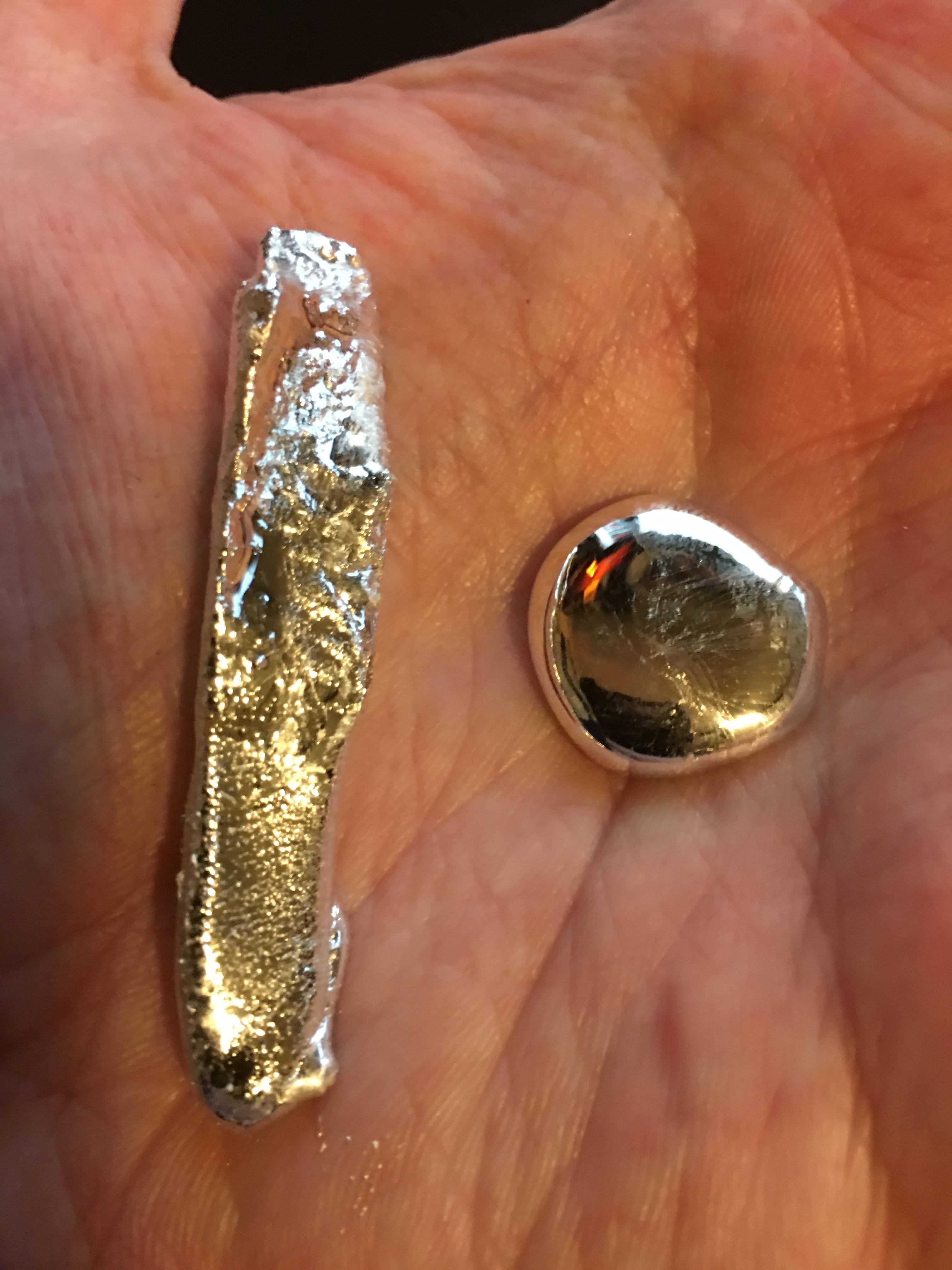 The liquid will leave a dirty mark (gallium) on your hands, but it washes right off. My nephew tried just rubbing his hands together, and got this. 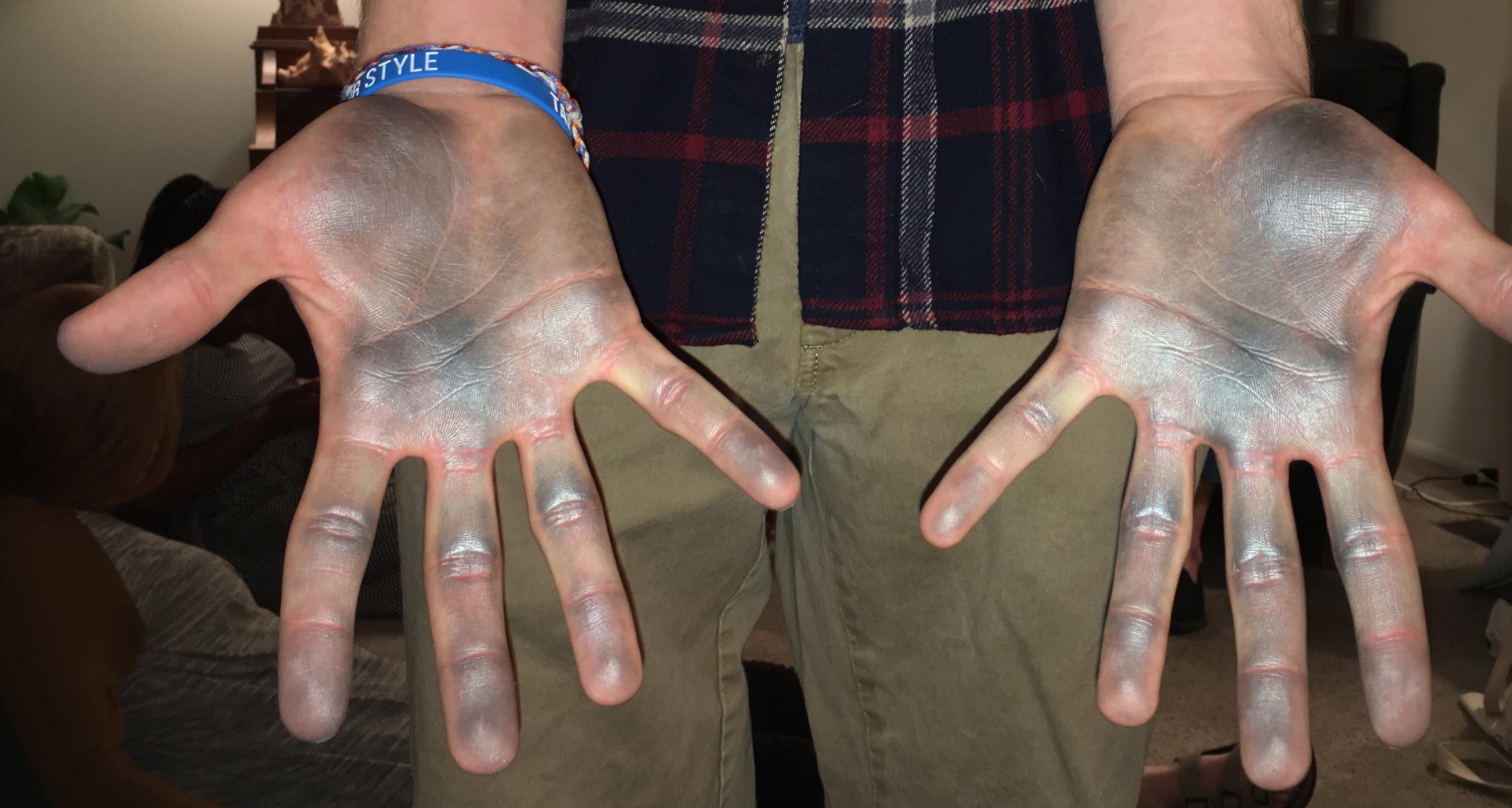 So, the gallium foolishness led to the question: “What other cool toys can you suggest?” I still haven’t grown up, so the list is long. And several folks suggested I put it in a separate topic to make it easier to find. And I’ll chop it into smaller bits too. So here we go: