In Part 1 of this article, I took us back in time to find the first recorded description of all-capital type being described as shouting. In Part 2, first we head even further back, to talk about the separate paths of lowercase and uppercase, then shift to more recent times—to the dawn of Usenet discussions about YELLING. 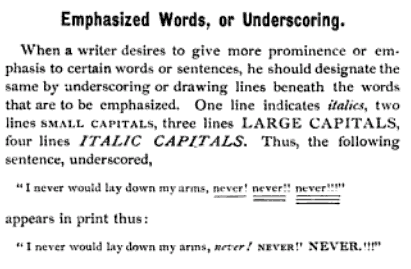 Letters Came to a Fork in the Road and Took It

To the modern eye, uppercase and lowercase letters (written in industry shorthand as u&lc) have a strong relationship and appear natural together. But that’s a result of a bifurcated evolution that later fused together, imperfectly. Capitals (also known as “majuscules”) arose from stonecutting. “Capital letters were a symbol of the power of the Roman Empire, which left its traces over most of Europe,” James Mosley writes via email when I ask him for the long, long view on this topic. Mosley is a renowned librarian and historian whose work across several decades centers on the history of printing and letter design.

Lowercase, called minuscule, developed from written versions of capitals. While the main body of most small letters is the same height, portions may rise above and drop below a baseline, an outgrowth of how they are written by hand, especially in smoothly flowing script. (I promised above to explain small capitals. As a typographic refinement, they are used when a run of capitals is needed in the middle of mixed-case text, as in a book or magazine article, and aid legibility. Drawn separately from true uppercase, they fit into the height of the lowercase letters, called the x-height.)

Eventually, uppercase and lowercase merged into a single alphabet. Mosley notes, “The ‘binary’ writing system (caps and lowercase) is a bit of a nuisance, but since we have it we may as well make the best of it.” He says that in more modern times, telegrams were written tersely (to save money) and appeared only in all caps—and brought bad news. “[This] has tended to color our reaction to information that is given in capital letters, and so did public notices in the name of authority and backed up with a threat of punishment, which were always in caps (NO PARKING or NO SMOKING).”

It’s rare to see a stretch of full capitalization in handwriting, except in block printing, as it would be somewhat illegible, as well as tedious and slower to write. Movable type made runs of uppercase feasible, and often preferable, as it required more work to pick among letters of mixed case. (Uppercase and lowercase in fact refer to a typical arrangement for handset type, in which cases contained type in cubbyholes. The lower case had small letters, among other symbols; the upper case, the capitals.)

Paul Shaw, a design historian, points out that newspapers tended to use all-capital headlines through the 1910s, when typographer Ben Sherbow, at the New York Tribune, pushed for the use of mixed case, among other layout changes, for better legibility.

It’s just possible that the decreased use of what the newspaper world called “screamers,” a good synonym for shouting, led to less association between uppercase letters and yelling. I can’t make a solid case for that, except for the quiet period until the 1980s.

But a new way to type seemed to bring on the noise. 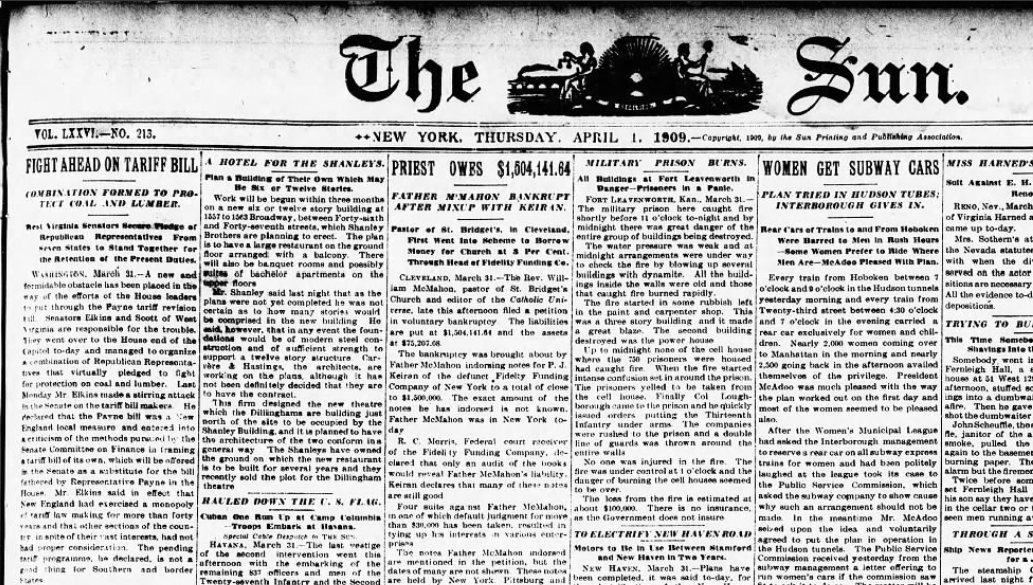 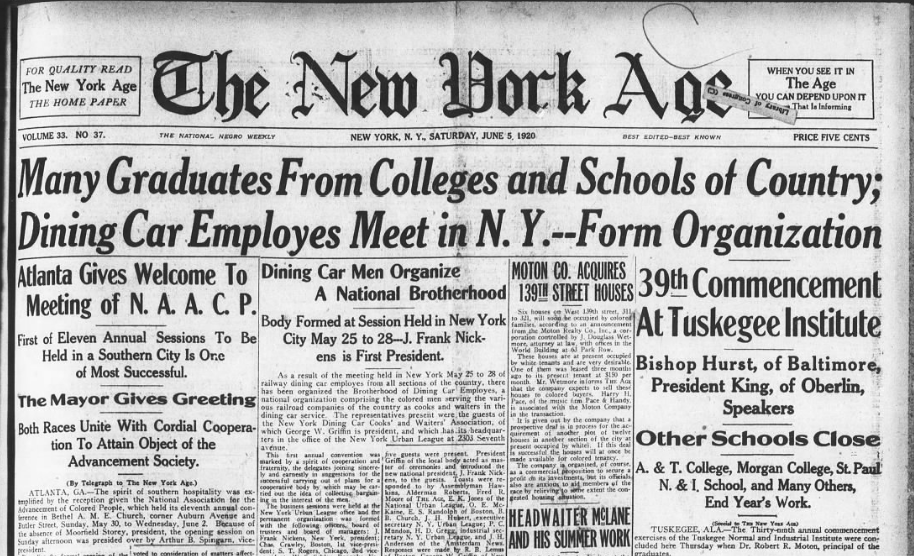 At the outset of Part 1, I noted that if you’re reading this you already know the convention. But where did you learn it? Who first told you, or how did you understand, that uppercase implied loudness?

I asked Dave Decot this question. He studied computer science from 1979 to 1984 at Case Western Reserve University (CWRU) and worked for many years in information technology. He recalls, “I would have to say I first saw that other people were using all caps for emphasis and to shout at each other while at CWRU.” Decot says that in high school, a few years before, they had shifted from teletypes to uppercase-only CRT terminals and then, his last two years, to more advanced HP2645A terminals that had mixed upper- and lowercase.

Now why am I seemingly quoting Decot at random? He also has the quiet distinction of being the first person on the modern Internet to explain in detail the convention of all-capital yelling (and a couple of other conventions). The New Republic story from 2014 noted above cited his March 1984 post:

Well, there seem to be some conventions developing in the use of various
emphasizers. There are three kinds of emphasis in use, in order of popularity:

I contacted Decot, and he was surprised and pleased to discover his historic role. “I was then in the slog of completing my computer science thesis (an ASCII-based music description language, compiler, and graphical sheet music formatter, if you must know),” and to his recollection, he picked up these definitions at CWRU, not in high school.

The most significant preceding mention comes indirectly in 1982, when Steven McGeady posted “A Plea” in the net.general group:

At the risk of sounding like I am flaming, let me state a simple fact: MODERN MAILERS WILL NOT HANDLE PATHNAMES AND SITENAMES WHICH CONTAIN CASE DISTINCTIONS. MANY SITES CANNOT REPLY TO SITES WHO HAVE UPPER- CASE NAMES.

(McGeady was at Tektronix at the time and is well known for a later stint at Intel, when he was a key witness against Microsoft in its antitrust lawsuit.)

After Decot’s post in March 1984, I found a few interesting citations. Another from March, in response to a post by well-known programmer and tech writer Randall Schwartz defending his copyright, complains, “Schwartz is really looking to be argumentative and shouting, terminal-style, a lot.” (This is also a good early citation for tone policing.)

am i getting carried away here, or will maybe all of this ranting and jumping up and down (if it’s in caps i’m trying to YELL!) will knock some sense into some people.

And in November 1984, someone asks, “Do all the CAPITALS suggest that you are trying to shout?” in net.abortion.

There’s no drama in discovering more historical evidence for the use of shouting capitals, but it’s always rewarding to find a through line from modern culture that goes back not just dozens, or even hundreds, but possibly thousands of years. Our use of technology for communication is much more similar to that of preceding generations than it seems at first glance. But I rest comforted knowing that people were just as irritated by SHOUTY CAPS 160 years ago as we are today.

Glenn Fleishman is a veteran, grizzled technology reporter who has written regularly for the Economist, Macworld, Fast Company, and MIT Technology Review, and was the editor and publisher of the now-defunct The Magazine.

Kashmir Hill spent a week typing in all capitals and lived to tell the tale.

The podcast 99% Invisible mentioned the history of the Caps Lock key in passing while discussing the #.

My friend and colleague Tom Standage, a deputy editor of the Economist, has written several books tracing the connections between old and new tech. Most apt here are Writing on the Wall: Social Media—the First 2,000 Years and The Victorian Internet.