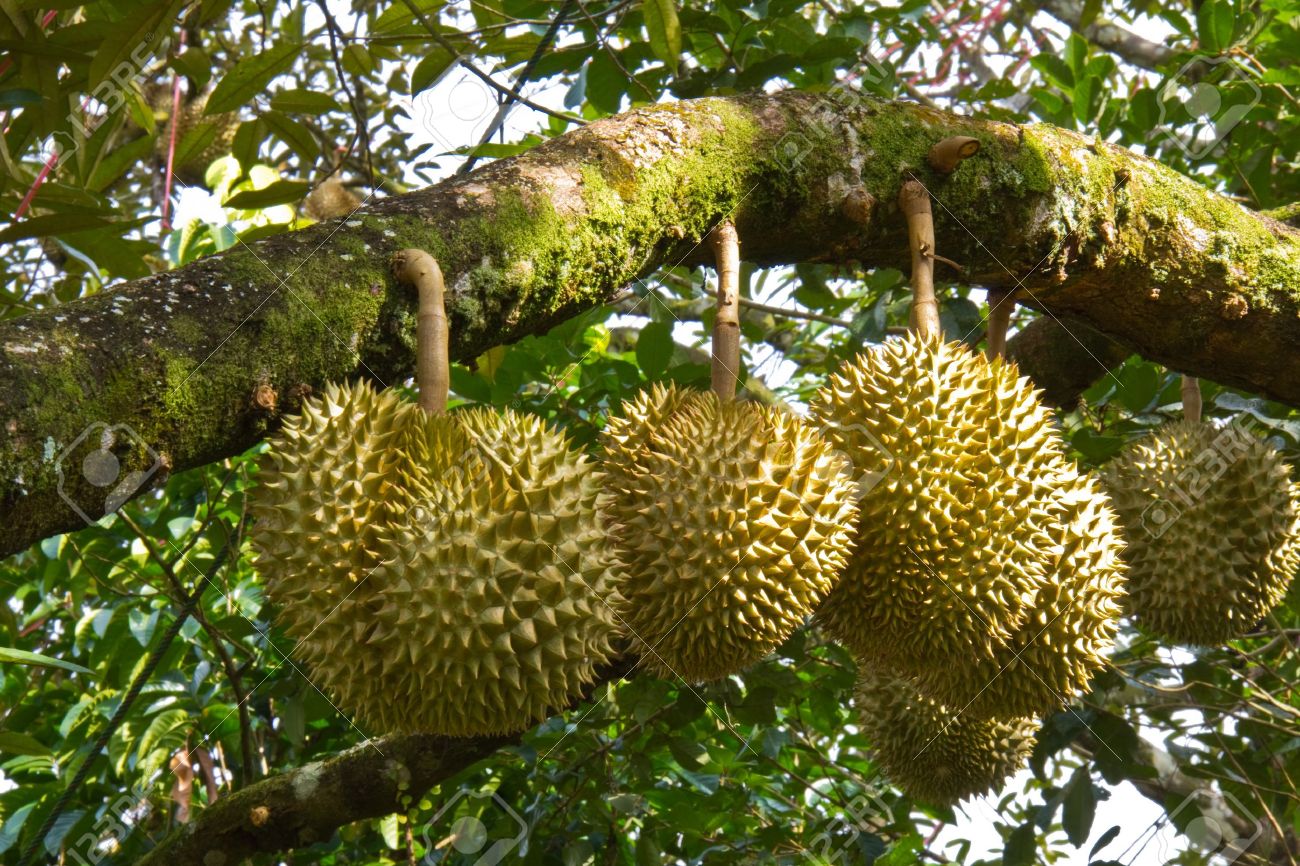 To make up for missing a post Sunday, here’s a bonus tree: Durian. This is related to jakfruit, but it only grows in the tropics. No tips for how to make this one grow in Florida–it won’t. Only huge trees bear fruit, so you can’t even grow it in a greenhouse.

Durian has a very intense, unusual taste—with an equally strong unusual, odor. It has become a meme fruit: When someone wants to talk about how bad something tastes or smells, they’ll point to durian. It’s pollinated by flies, so the flower and exterior of the fruit smell like dung. The interior of the fruit doesn’t, so if you can hold your nose while cutting it and walk away when eating it, you may not notice… Yeah, not very convincing. There’s a reason it’s a meme fruit.

I’ve had “fresh” durian before and was unimpressed with the taste; I wanted to spit it out instantly and certainly didn’t savor the taste. I put fresh in quotes because it’s impossible to really get fresh durian here. It’s only popular in Southeast Asia, so it’s only grown there. As noted, it can’t be grown in the mainland US, either. If you’ve had some before, keep in mind the fruit was shipped frozen, from the other side of the world, for a few months before it arrived to you “fresh.” I don’t like off-season mangoes that are shipped frozen, either, and I love mangoes.

Supposedly, this tastes very different when it’s actually fresh. If you ever find yourself in Southeast Asia (especially Thailand) give it a try! Don’t let the odor or look scare you; you may only get one chance, so give it a try! Some Americans swear by the fresh fruit too, so it’s not just people that are used to it that like it. A member of a tropical fruit forum that I frequent has the handle “durianlover” and plans trips to Thailand specifically to get as many fresh durians as he can. I want to try it if I ever go to Thailand. Hopefully I’ve convinced some of you, too.