Today, we are going to flash back to the 80’s when Knight Rider and Airwolf were gracing the small screen, the Simpsons was still new, Karate Kid and Gremlins was on the big screen and the arcade was where you played most of your video games. TVs were made with massive tubes and were more box then they were panel. Remote controls were wired to the television and Pong and Atari had been pushed aside by Super Mario and the Nintendo Entertainment System. Let’s be honest, I wasnt very popular in junior high. While the cool kids were playing on their NES, I was coding on a Commodore 64 - and crap if that 3 days of typing numbers out of a magazine did absolutely nothing. Leave it to the LEGO group to bring all of that nostalgia back (and bad memories for me) and make it fun for a whole new generation. Starting with the (you guessed it) Starter Pack. 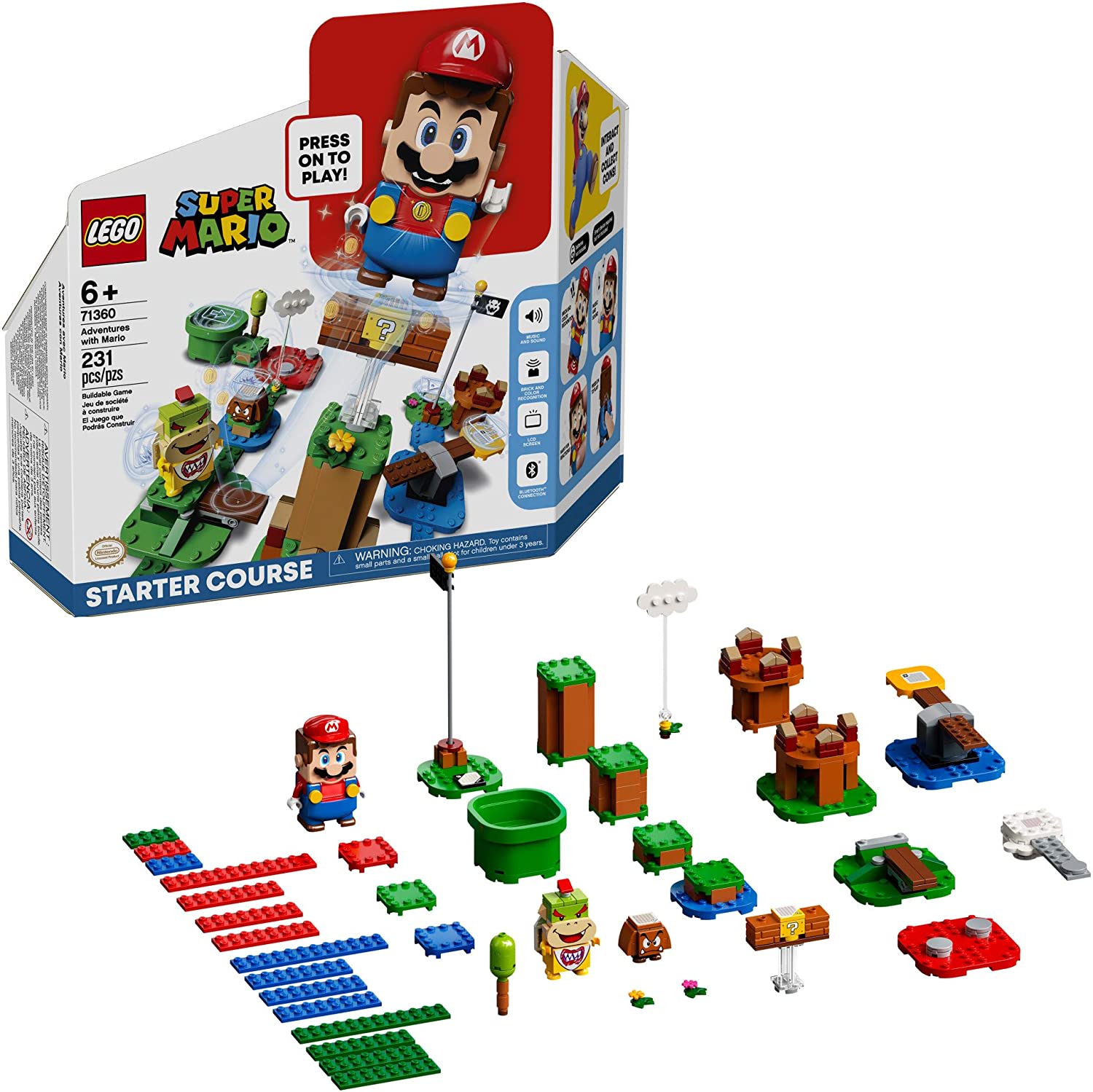 The LEGO team did something really neat with these sets. Mario is a larger figure at roughly 7CM tall and is fully interactive. He has four separate screens (two eyes, the mouth and chest) that all react to his environment. 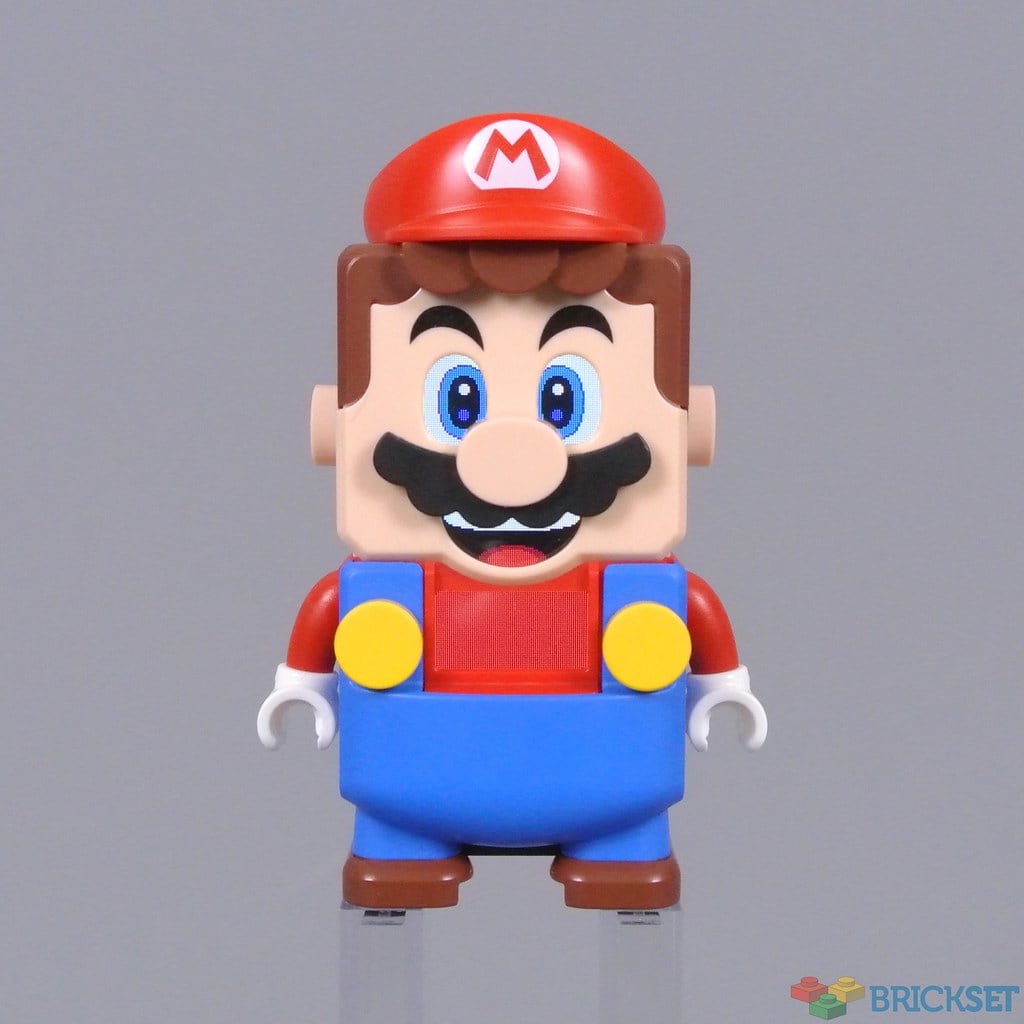 Two color sensors on his feet trigger the reactions. 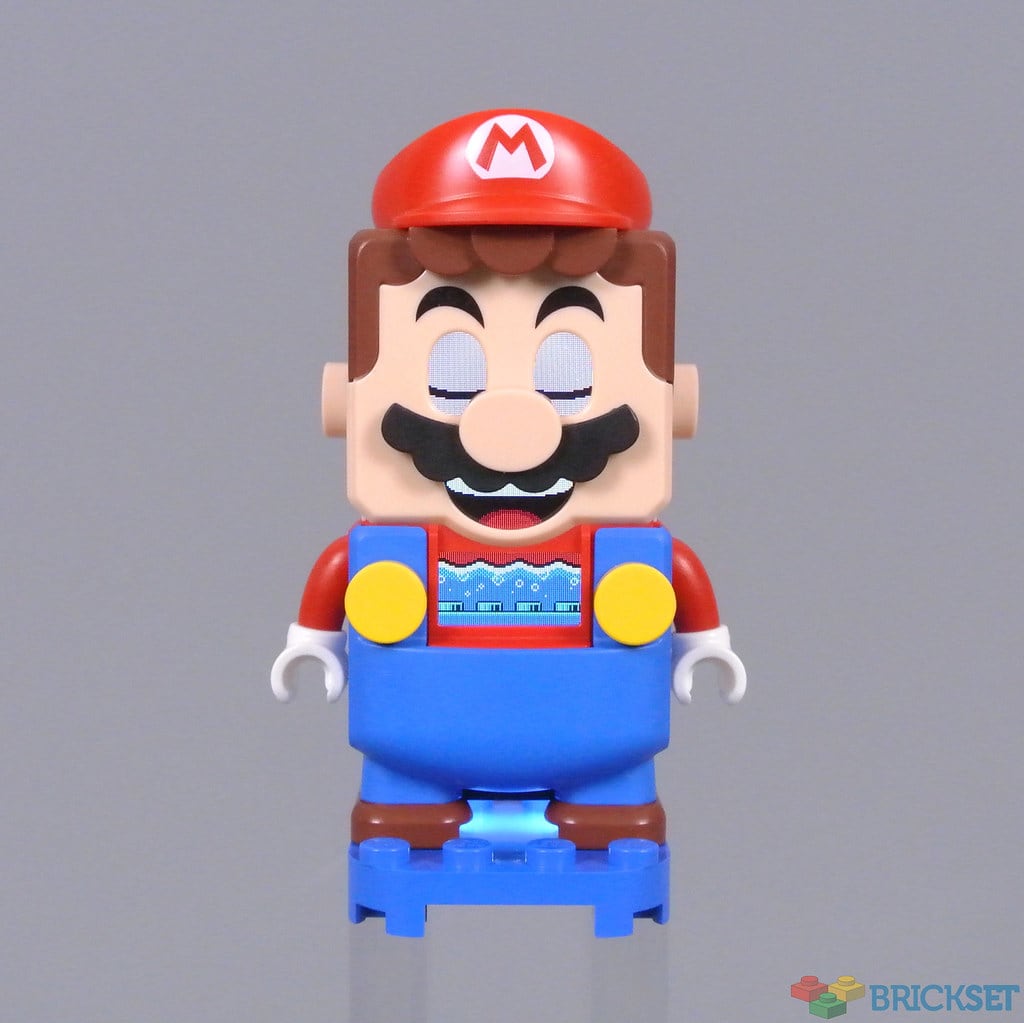 I’ve held off on buying the starter set due to the price, but the Mario character is something I might try to snag - more on why in a minute. In addition to the starter set, there is a whole series that includes friends like Toad… 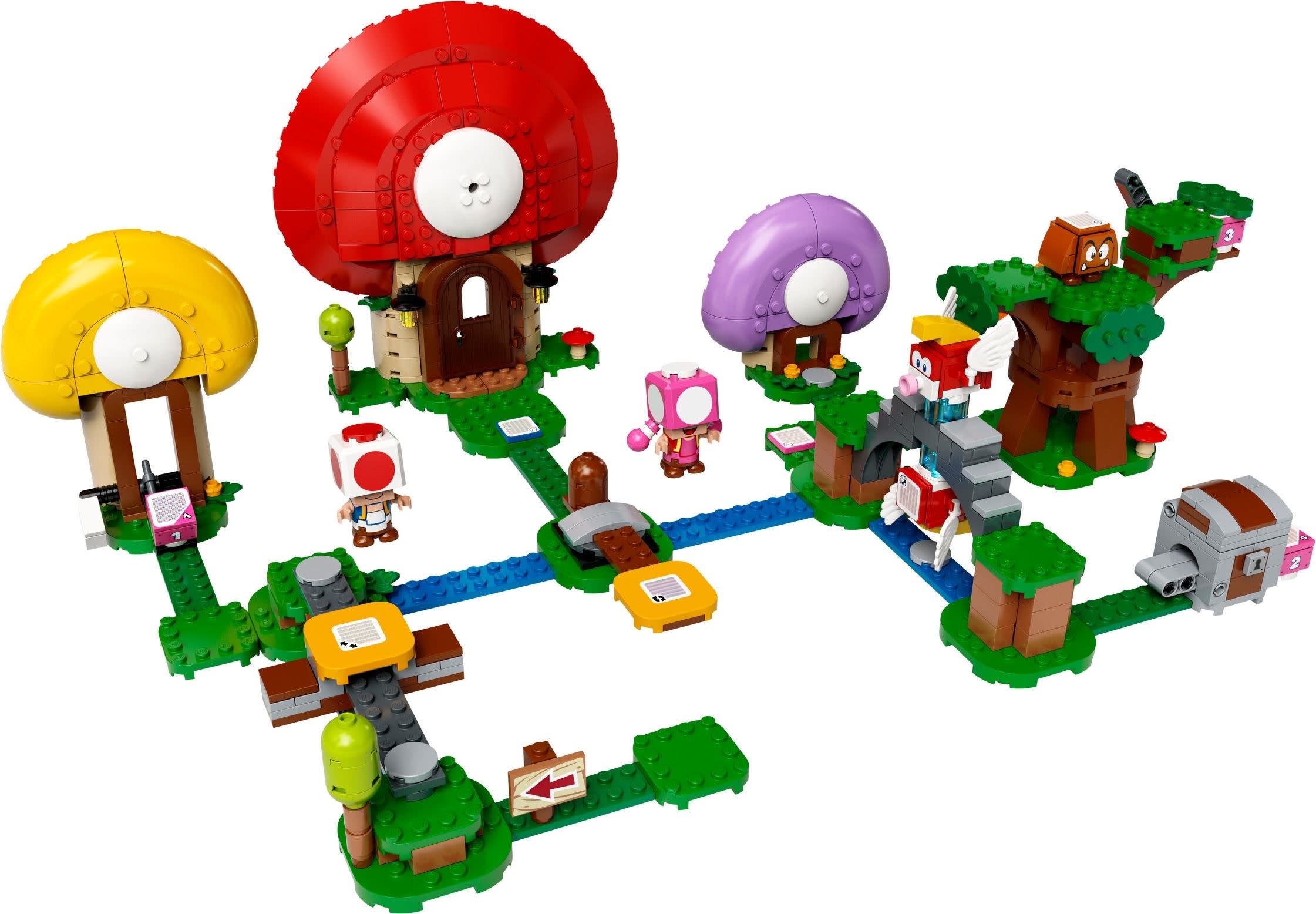 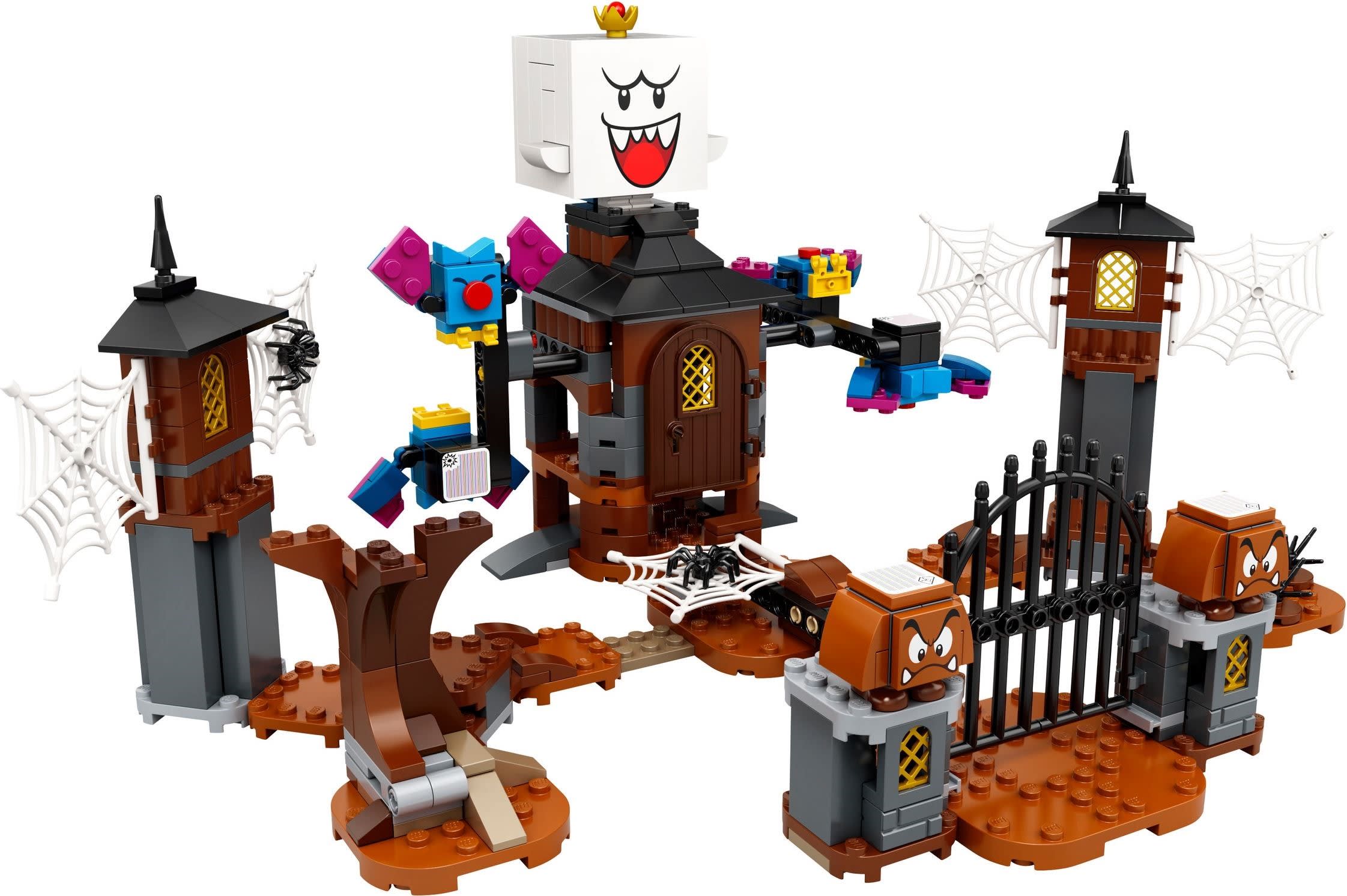 The sets allow you to build a physical version of Super Mario that you can gather coins on and play through each ‘level’ with a timer.

But that’s not the set I want to talk about. Since, I never had an NES as a child, I picked up this set recently. 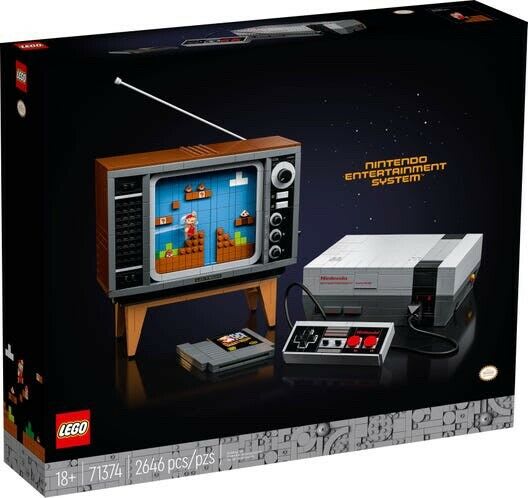 As a side note, I really like what the LEGO team has done with the boxes of late. Black is the new Black as they have used dark backgrounds to highlight many of the new sets. I think it looks really sharp. So, with the 2646 pieces in this set, you build one of those ancient tube televisions (classic Lo Tech model), complete with the rabbit ear and the dial (for those of you that have no idea what “dont touch that dial means”, refer to this - https://www.urbandictionary.com/define.php?term=Don’t touch that dial). It also includes the NES console, one controller, and the Super Mario Bros cartridge that you can actually insert into the console. As for size compared to the real thing, the LEGO console is slightly smaller, but the controller is life size. 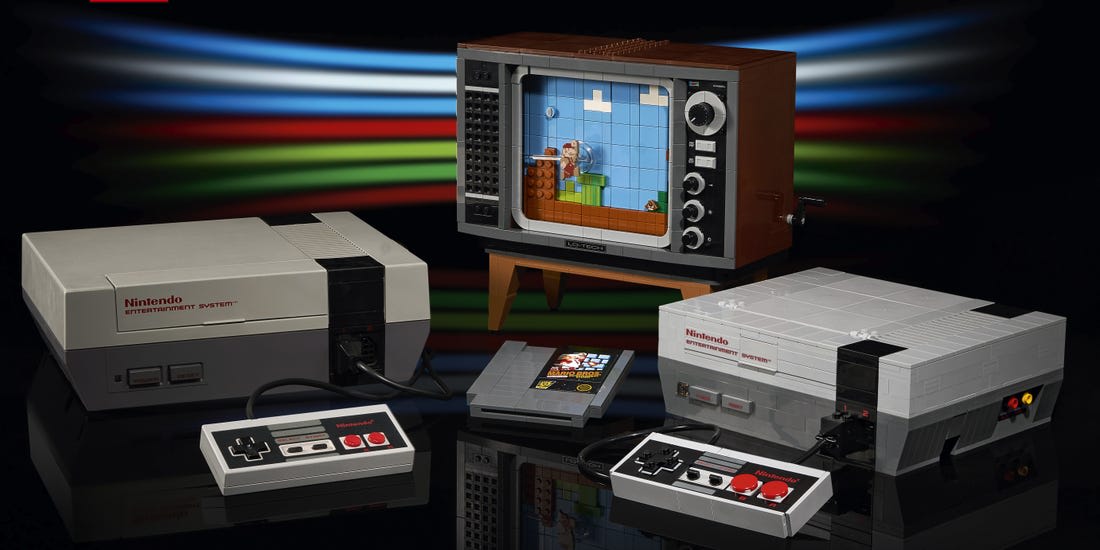 (LEGO console on the right in case you couldnt tell)

Now for some of the real fun in this set. First, there is an easter egg inside the NES Case - a miniature of the hidden warp zone in Super Mario Bros. The most exciting thing to me is the scroller built into the TV that actually moves Mario through the side-scrolling environment of the game, jumping up and bouncing down through the game. 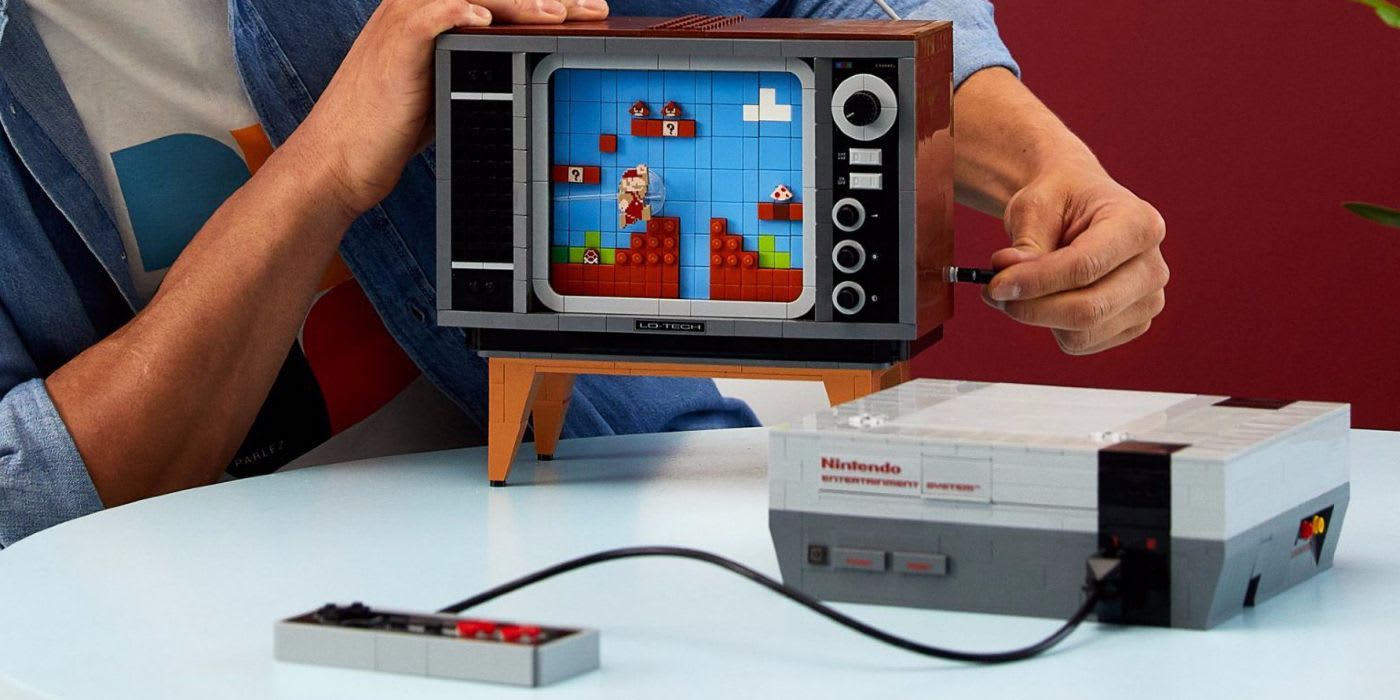 And this is the reason I might buy the Super Mario starter set. When you set Mario on top of the TV, he recognizes where he is as you scroll through the game and he plays the corresponding music. Pretty amazing what they are able to do nowadays.

Watch this from about 0:50 to see what I am talking about…

BTW, these sets are typically really hard to find, but they happen to be available while I was writing this on shop.lego.com. Good luck getting one!