A Month of Lego - 497 Galaxy Explorer

So, there have been months of Boats, Inflatables, Distractions, Diesels, Features, Ships (this might have been the boat month) and most recently Shrubberies (or maybe it was Fruit Trees). But if you’re semi-old like me, you grew up with a popular toy called Lego. I happen to be an AFOL, so every day this month I am going with a set from Lego. Some will be from my childhood. Some will be from yours. Some you will have never seen. I will likely even throw in a few MOCs.

Let’s start with some fun facts. The Lego group was started in 1932 by a carpenter named Ole Kirk Christiansen and is still family owned today. There are over 400 billion Lego bricks in the world and if stacked together would be over two million miles tall (10 times the distance to the moon). The original Lego brick is compatible with the sets made today - the original design has never changed only been added to with additional parts. Speaking of parts, over 3700 elements are currently in existence. Lego Bricks (for the most part) are made of ABS.

On to one of my favorite sets. 497 - Galaxy Explorer. As Lego continued to expand in the 1970s, they came out with three play themes - Town, Castle and Space. I was 6 when this set came out, just in time according to the age limit. I loved this set and while I like to think it was the inspiration for Benny from the Lego Movie. However, he was Blue and this set only came with Red and White astronauts. The Blue and Yellow were added later. Regardless, I had many hours of enjoyment and made me into the AFOL that I am.

If you don’t enjoy Lego, that’s fine. Blame me all month long. 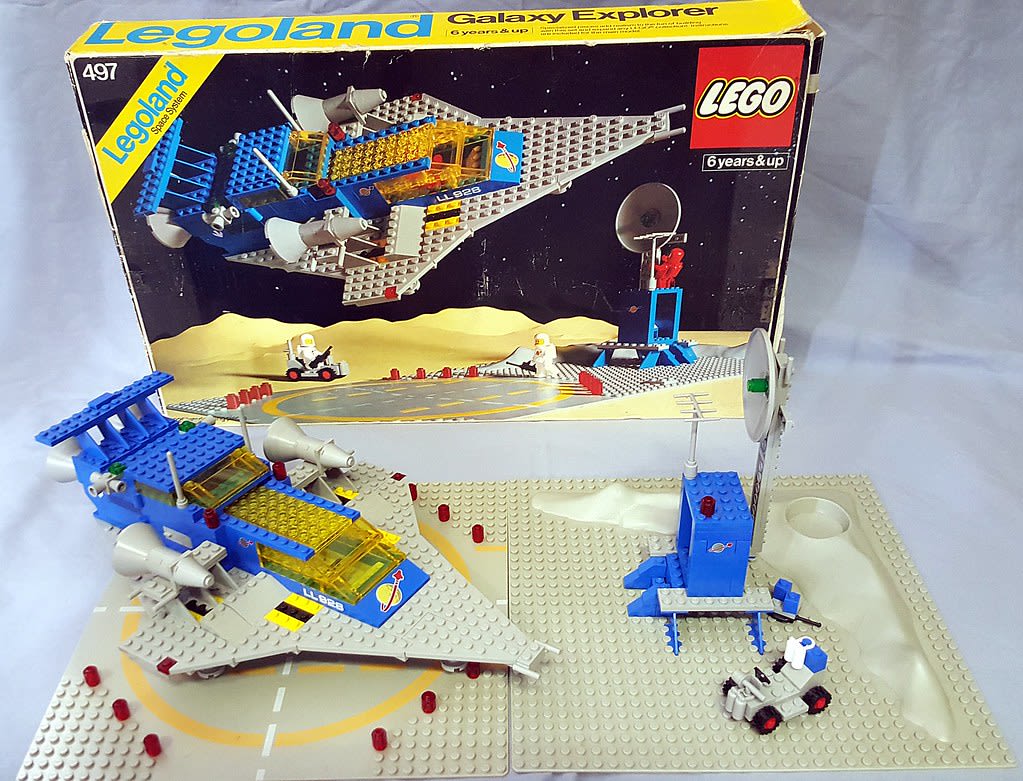