Where are you right now?

It is a nice 60-degree day here in Dallas. I’m working from my car-ffice right now. What about you all? Share a picture of what you’re doing. 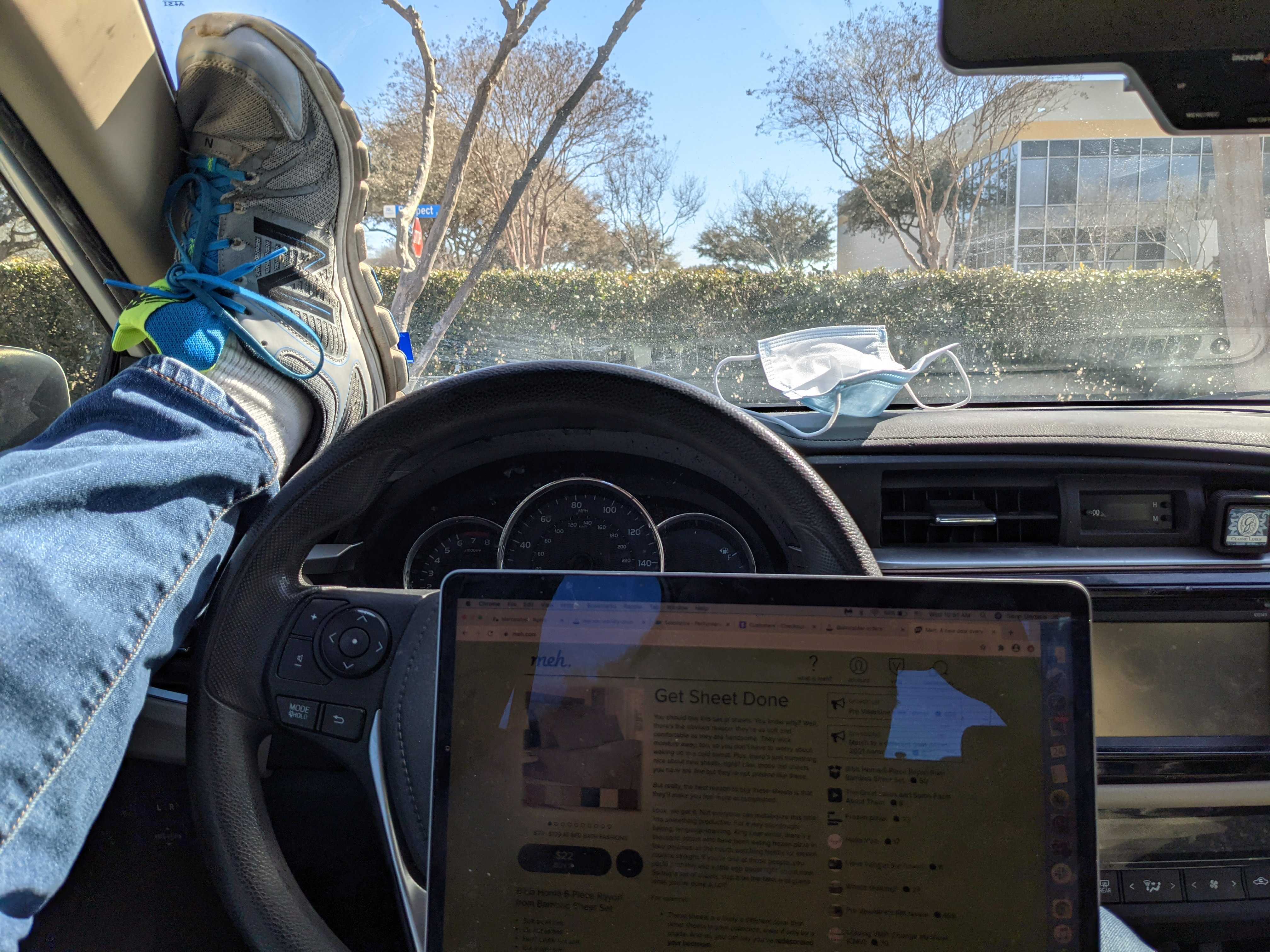