The truth is out there

Here in the comment section of meh, we are no strangers to having a strong opinion about things. Or using appropriate language appropriately.
Today, I want to talk about one of the more divisive controversy running around out there.
Not Protestant vs Catholic or other religious labels, or SEC vs PAC 10. Not even miracle whip vs. mayonnaise.

No, this is the biggie.

Moon landing - hoax vs real. Did we really go to the moon? Really put people out there, up there, on it, and bring them home?

An air and space engineering company in town advertised having an actual space suit on display, open to the public, come on down and take a selfie.

I loaded up the kids and we stood in line and I took their picture. The Boy asked me, “Was it real?” A real suit? There it is, I said. No, he was asking if it was true that our country spent a boatload of money and time to put a man on the moon.

Fortunately, he used his polite, inside the library voice… not!
His earnest question, which I was surprised he had, immediately drew response from people in line.

Of course it was real! It was a hoax! No one knows! Cannot trust the government to tell the truth, ya know. We stood in line and listened. The Girl asked me, why are they arguing? Of course we put Louis Armstrong on the moon. (She was close) The Boy snorted, do you really believe that?

We heard that we DID do it, greatest accomplishment by mankind, of course it was real. Some people got worked up, others merely shook their head.

Honestly, the kids were kind of bored by it all. I bribed them to be there, I thought it an opportunity.

My dad retired from that company, by a different name. He was proud of the involvement with the Apollo program. When the company evolved, and offices were being torn out, he salvaged dozens of glossy 8 by 10 color photographs with labels on the back explaining what they contained. He brought them home and had an arrangement on his office wall. I grew up seeing that arrangement and he talked about the accomplishment, the challenges, and how a group of motivated engineers could accomplish anything they set their mind to. (Teleportals would be nice, Dad. If we can fax a 3D object, why not people)

I think if Dad had been in that line, he would have shook his head and classified the doubters as morons, or flat earth followers (oh! Other great controversy) and, hopefully, ignored them.

Well, I took my kids to see the suit. I thought it was pretty neat. 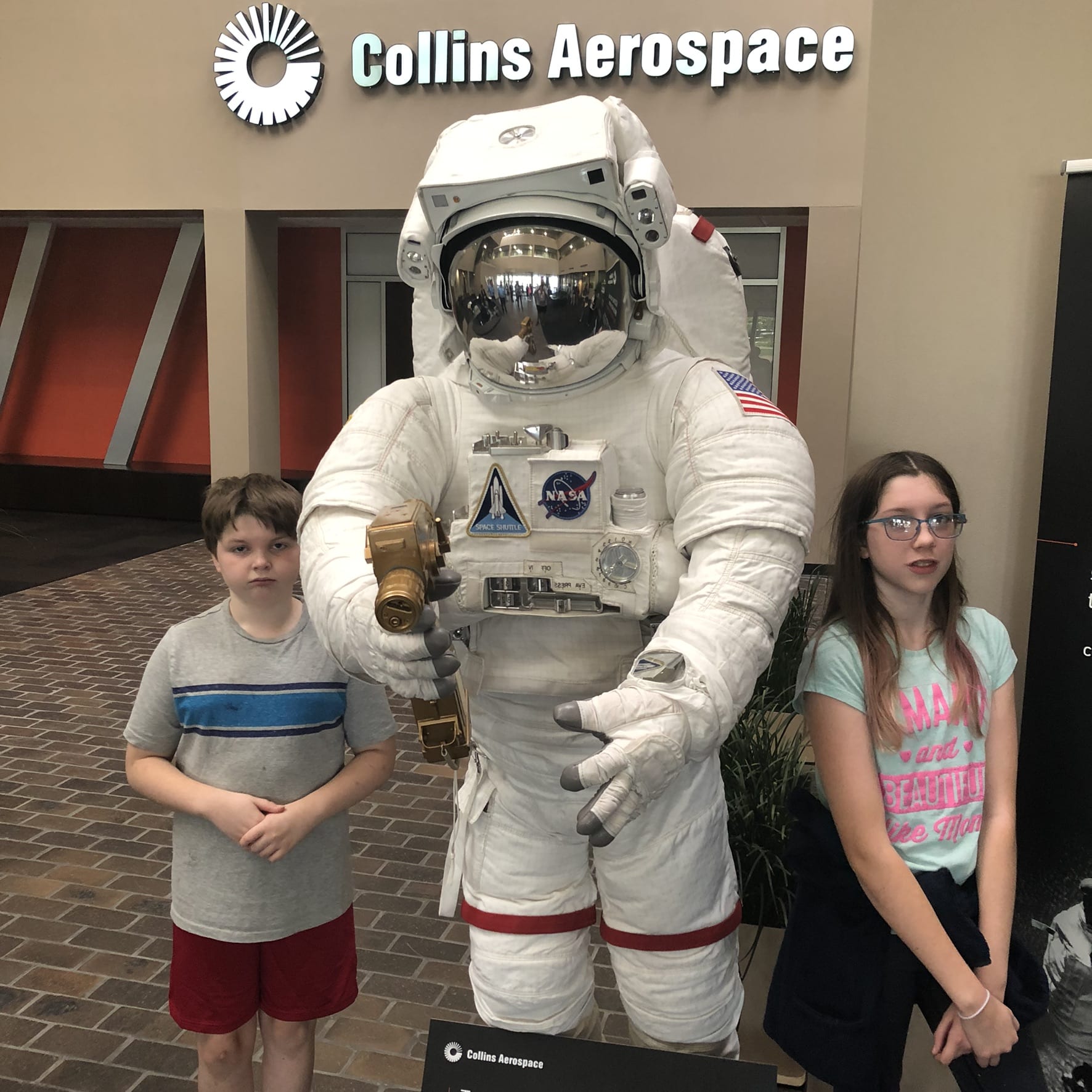