(Eventually. But why wait?) 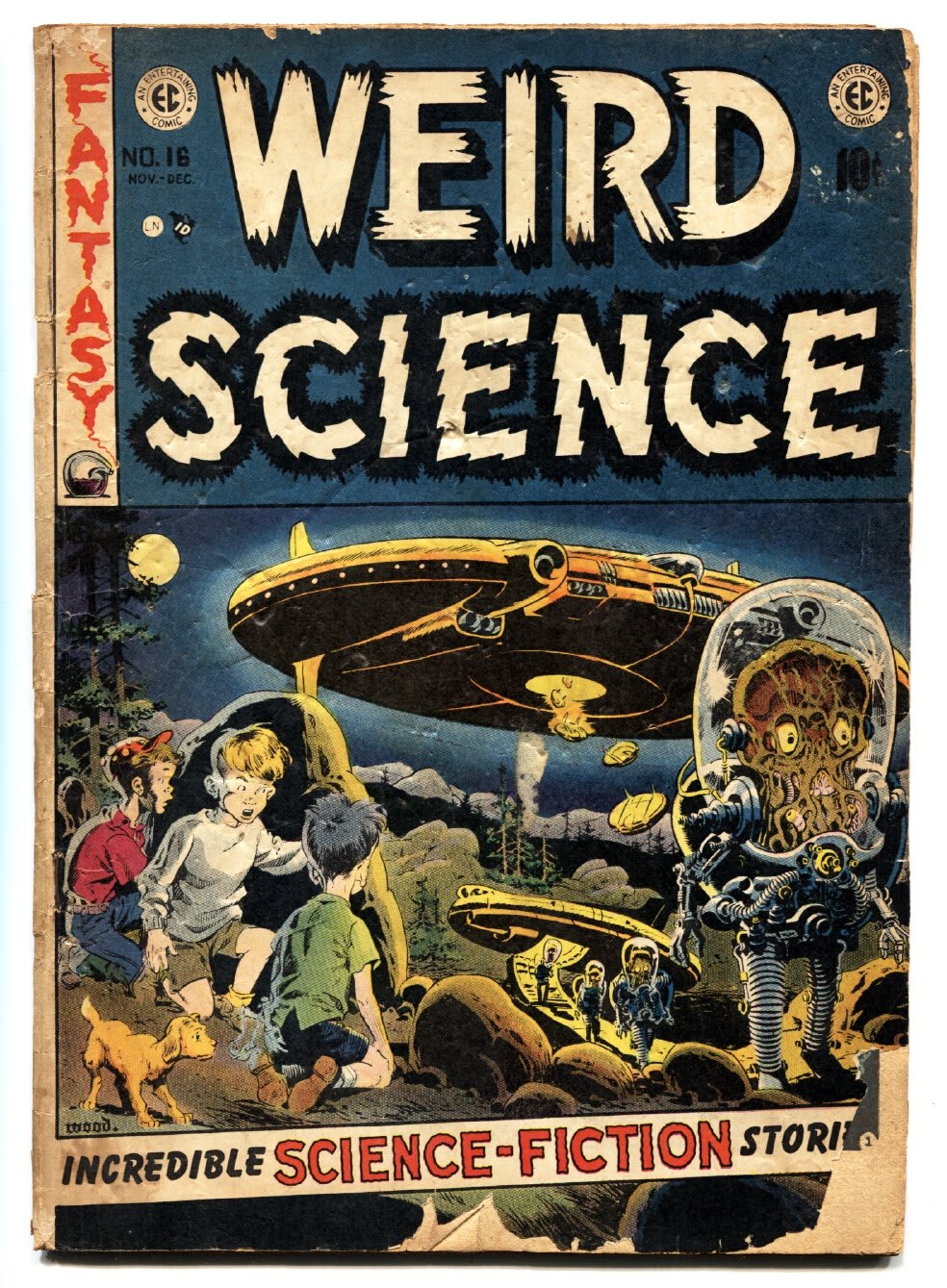 Hem! Well, I can’t resist linking to this, even though I’m a LITTLE PUZZLED as to its copyright status. I mentioned James Warren’s not-comics-code-authority-approved comic books Eerie and Creepy earlier - in 1969 Warren began publishing a naughty little number called Vampirella that I would have been in BIG TROUBLE over if my parents had caught me reading it. Warren drew (no pun intended) heavily on Spanish artists for most of the rest of his publication history, but despite endless cash-flow issues (no pun intended) he also employed the greatest comic-book artists of the day.

Including Wally Wood! Sigh. Wallace Allan Wood is the first comic-book illustrator I could identify by style; I fell in love with his spottily-distributed Thunder Agents at the age of nine - he was already a giant in his field by then, having started with EC Comics in the '50s - he was a founding artist of MAD Magazine. But he had these headaches, and it seemed like alcohol helped… I wish I had something wise to say about that kind of tragedy, except that it would be nice if it were a lot rarer, or even didn’t happen at all.

This particular item is actually a little TAMER than a lot of Warren material, but it is on the graphic side (OK so the puns ARE intended). So anyway, maybe NSFW:

The Curse, from Vampirella #9

RIP Wally, and to paraphrase The Righteous Brothers, if there’s a comic book heaven, well you know they’ve got a hell of a bullpen.

(By consuming contemporary popular culture, we ourselves are the product. It’s entertaining, though, isn’t it?)