Certainly no big deal, but my most current renewal for my membership included sales tax for the first time ever…
Did something change, or have I just been lucky for the past 4 years? 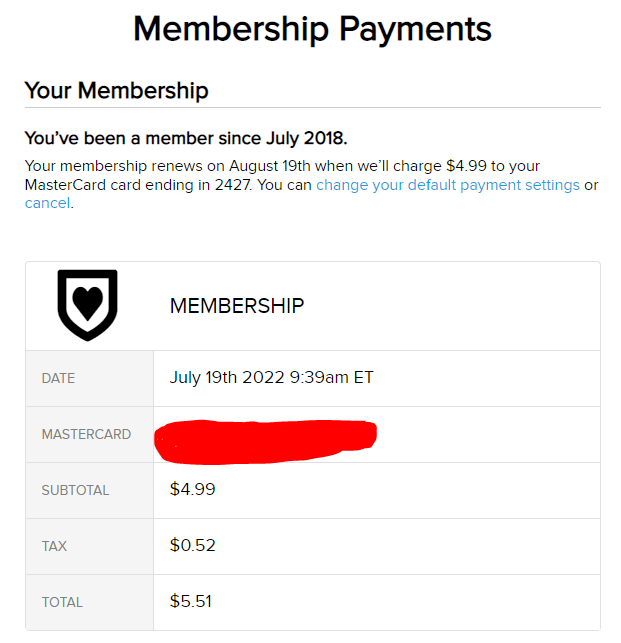