So much fun and going to get much colder by Monday!
Temperature map at about 5am cst 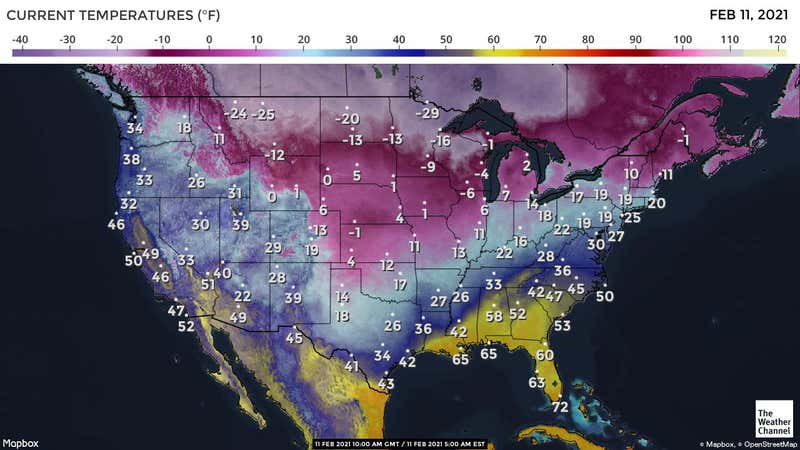