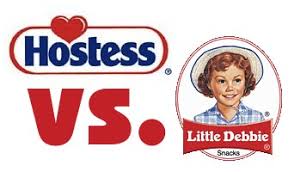 We were talking about this in the office yesterday and I thought I’d ask you all what you thought.

What is your go to snack brand and what do you usually get?