The confectionary dust has settled and the end picture is beginning to warm up.

Round 2 saw Reese’s performance was beyond measure as it’s peanut powered front line pushes past Starburst that seemed to be all lemons helping to cement Snicker’s bid as the premier Halloween candy. Can Reese’s keep this level of domination up and defeat M&Ms in Round 3 to move on?

M&Ms just squeaked past a solid performing Milky Way. Some say it’s the tough candy coating of M&Ms that won’t melt in the face of adversity that helped them hold on. M&Ms are adaptable, they’re popular, but some say they’re a bit of a one-trick pony. What can M&Ms bring to the next bowl game in Round 3 to turn an M into a W?

In a similar style, Snickers manages to slide past Butterfinger in their round 2 face-off. Butterfinger crunched and seemingly stuck in Snicker’s teeth causing them issues. However, Snicker’s hybrid mixture of peanuts, caramel, nougat, and chocolate gave them more weapons to work with and carried on to a victory.

In the final game of the round, it was another fairly close battle. KitKat’s was given a break as each was broken individually betwixt Twix’s trick left or right plays. Twix move on further into the postseason. 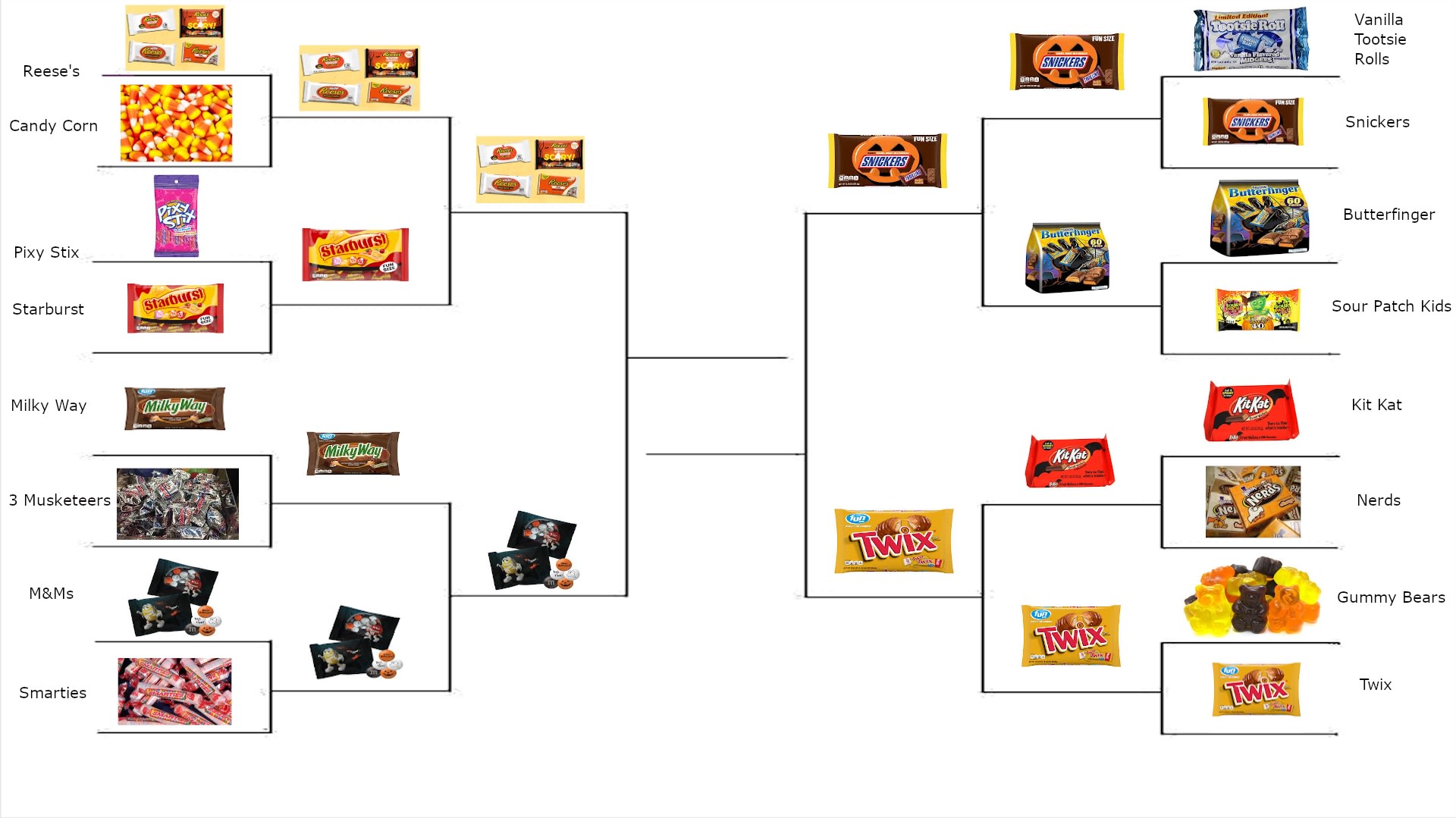