Surviv.io is everything you PUBG/2d Internet game lovers have been looking for. It’s PUBG meets agar.io, which sounds stupid but actually works really well. Hell, the game plays a bit better/smoother/faster than PUBG, and retains some of the tension and excitement. Shout out to @moose for recommending this one. 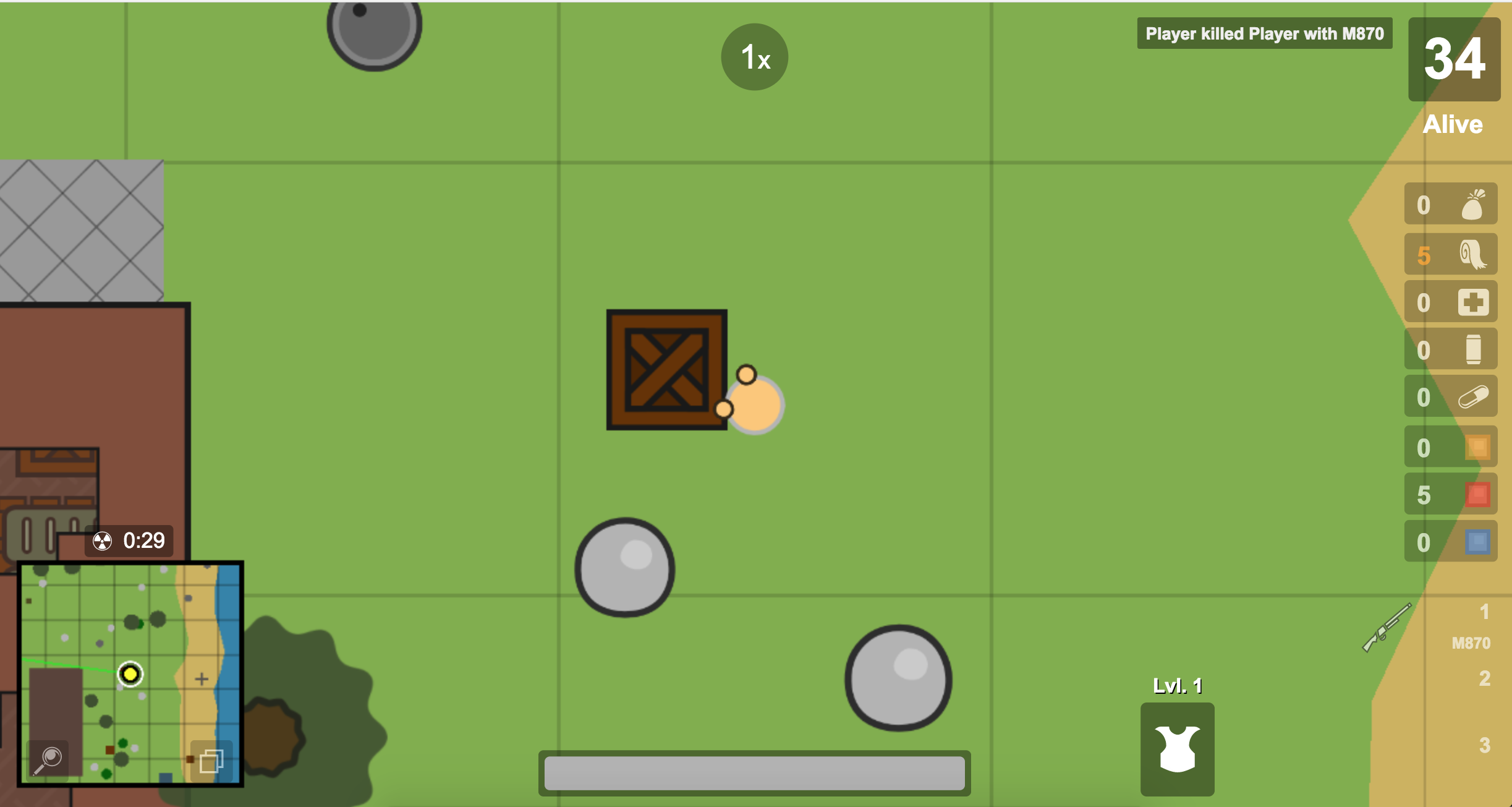 If you are unfamiliar with the format, it’s basically a battle royal, winner take all, kill all your friends type of situation. You get dropped onto an island, and you have to be the last one standing.

You start the game with nothing but your bare hands. Which you can use to open crates. These crates have various weapons and ammo and tools and medicine you’ll need to survive. 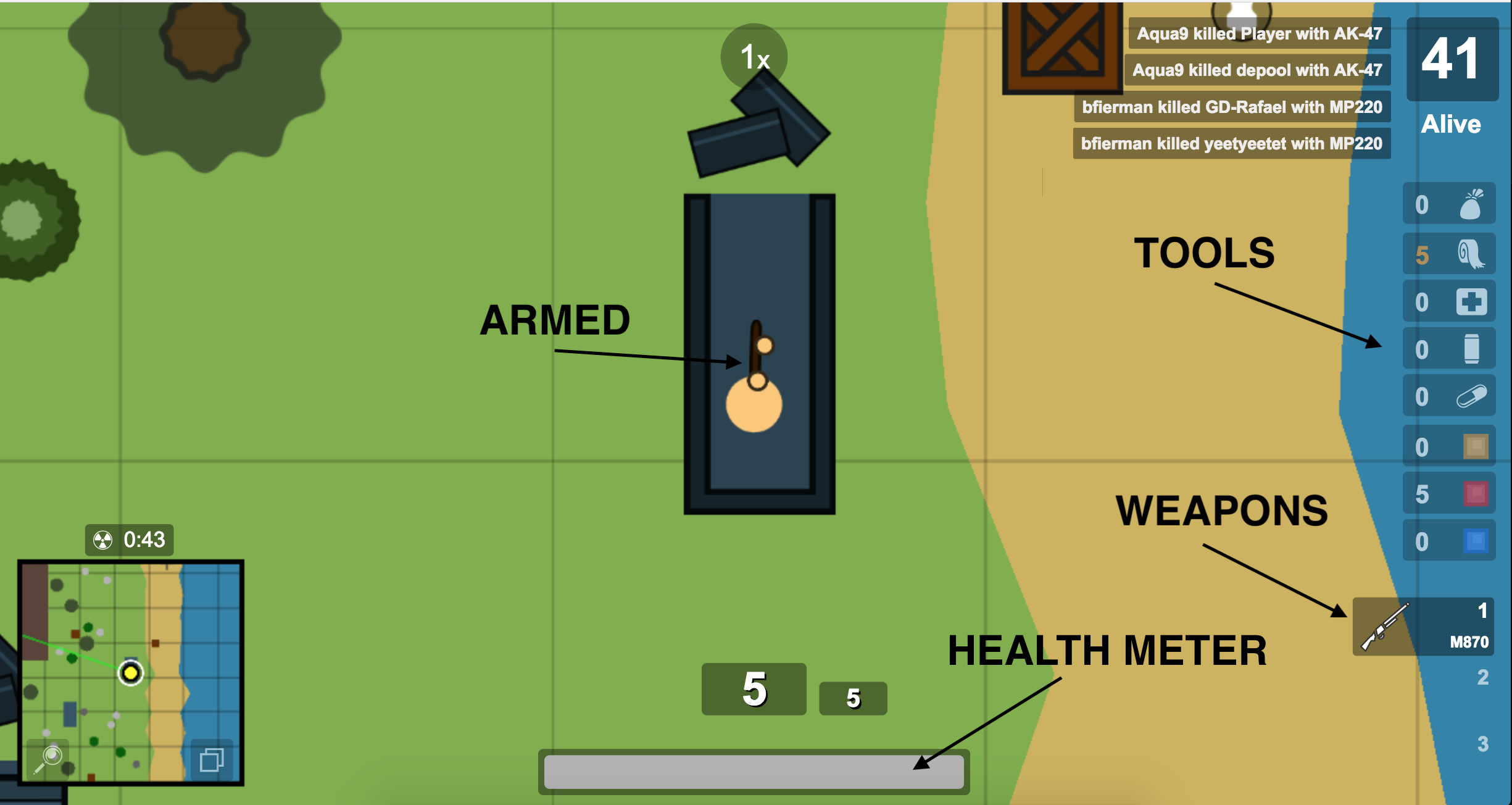 Eventually, you’ll open crates and find buildings that will give you stuff, and you can pick up weapons and ammo and other goodies. In that photo, you can see that I picked up a shotgun, some ammo for it, some bandages, and that I have full health, so I’m ready to go. There are also 41 people still active in the game. 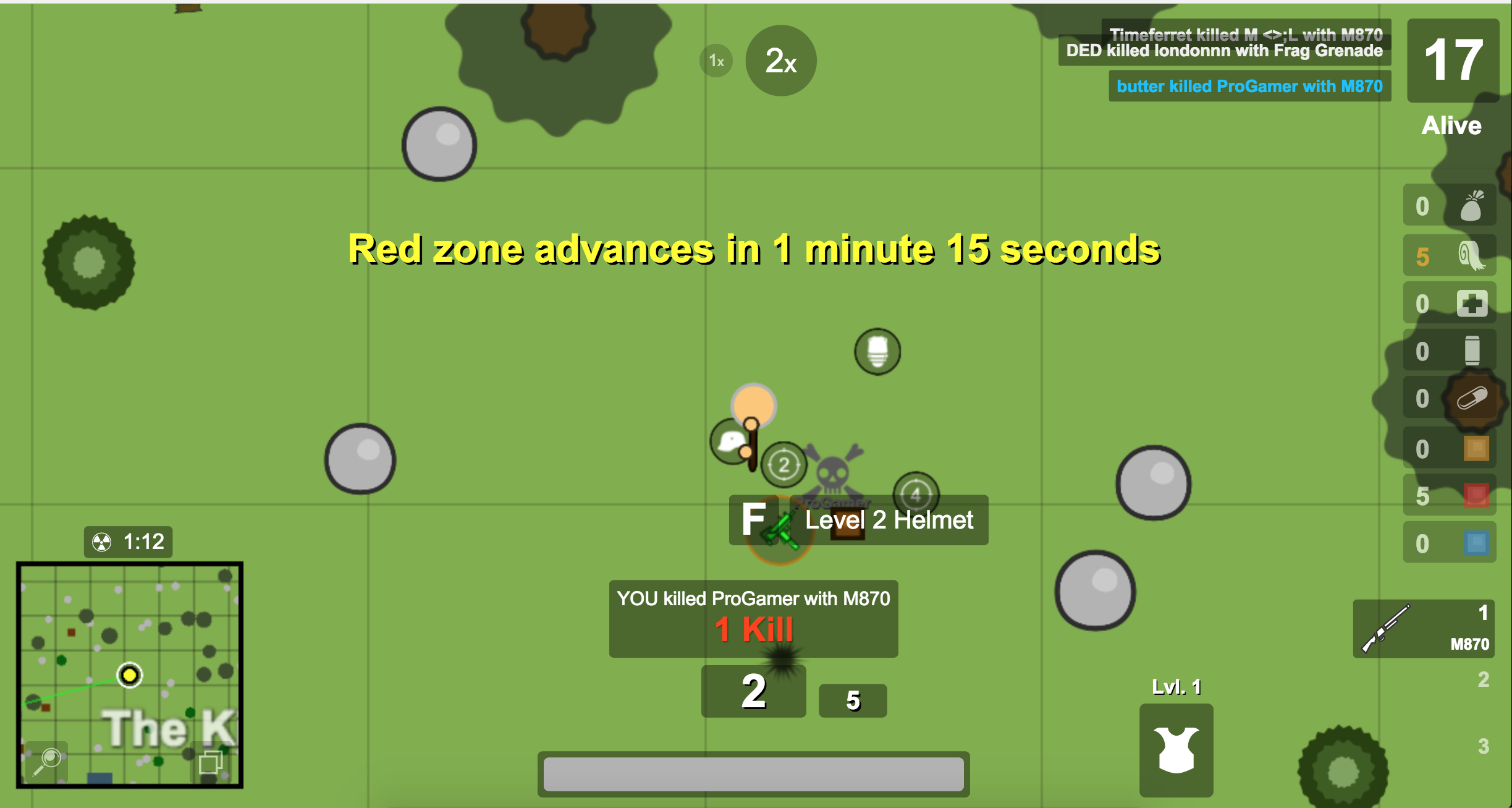 In general, there is always a lot going on. As time counts down, you get forced into a smaller and smaller space, bringing everyone together to keep the action up. You can see on the map in the corner that it’s directing me to a new location. The red zone refers to the fact that when time is up, it will start hurting you to be outside of the required area. You can also see I killed someone, and got all their stuff. There is a helmet, body armor, a new weapon, as well as scopes.

Scopes let you see more area. You can see 2x, 4x, 8x, etc more of the screen. Accurate weapons become more powerful as you can see more than your opponents.

Sometimes you just hide in buildings.

Anyway, it’s a super fun, super cool little game that works really well for what it is. You’re going to love it.

Much like I’ve never won at PUBG, I haven’t won at this yet either. 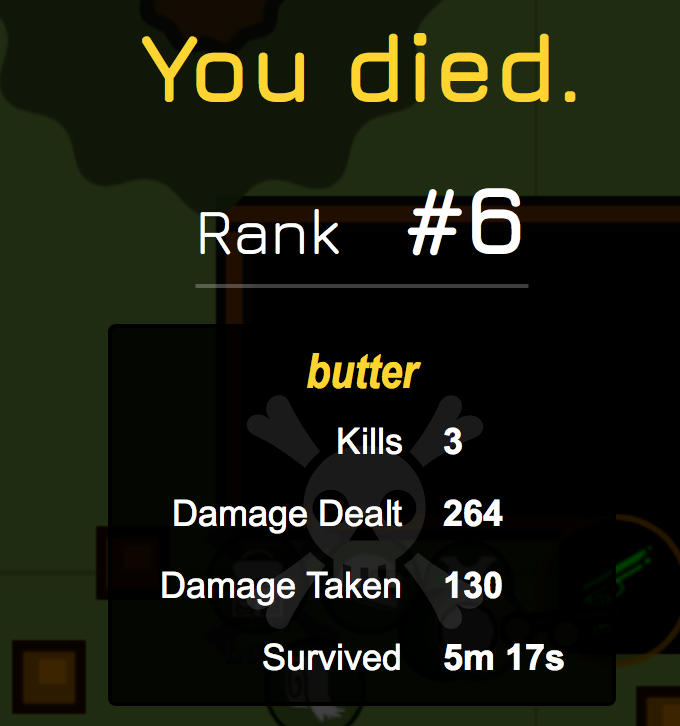 Give it a try and let me know what you think!