Today I feature a little guy! This ‘critter’ is referred to as the General Electric 44-Tonner, and it has an interesting backstory. In the 1940s, there was a regulation that required all engines weighing 45 tons or more to be crewed by three men. So, what did the railroads do? They asked for a diesel that weighed just less than that rule’s threshold, and GE delivered. Railroad ‘ingenuity’ at work!

386 were built between 1940 and 1956. These little guys are considered centercabs for obvious reasons, and contain two engines, one in each hood either side of the cab. A very few had only one engine, and a steam generator for passenger operations occupied the other hood. Most were powered by a pair of Caterpillar D17000 naturally aspirated four-stroke V8 engines producing a combined 360 horsepower. They were mostly used for yard switching and transfer duties, and very often replaced smaller steam locomotives in this capacity. Many units were ballasted up to higher weights after the 45 ton weight rule was rescinded, so they could pull heavier trains. The photo today shows ex-New York, Ontario & Western Railway number 104, now operating at the Southeastern Railway Museum in Duluth, Georgia. The photo is not mine, but I have personally operated this engine up their hill and back. The NYO&W is notable for being the first major US railroad to be entirely abandoned (in 1957), and very little evidence of it remains today. 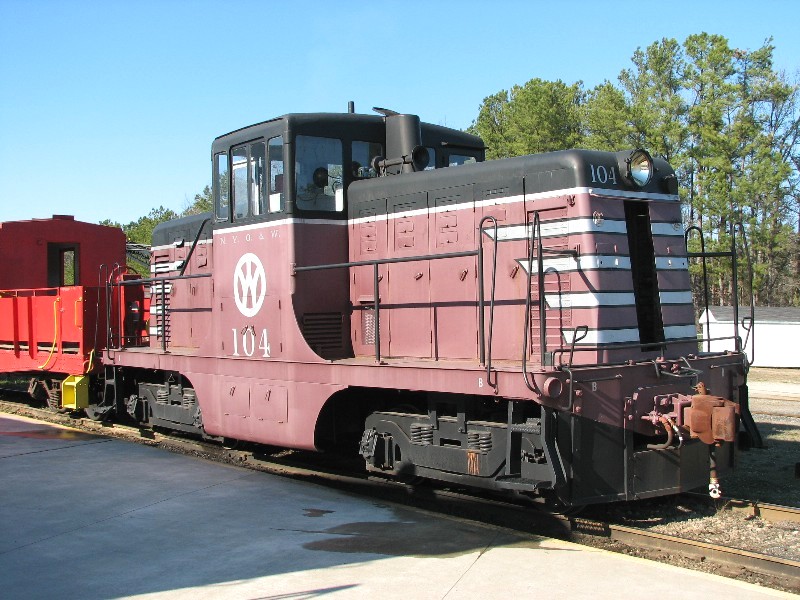