So, just recently, I participated in an estate auction to get my 14 year old daughter a reasonable bike. They also had a large collection of D&D stuff which made the 10 year old me very happy, so I bid way too much to win the auction. The real value was taking a 90 minute drive into rural Virginia and just shoot the shit with my awesome kid way too early in the morning. I have WAY too much D&D stuff now. Meh hasn’t provided on the promise of possible socks to the loyal VMP community, and even though I got ghosted in the last Mehexchange, I’d like to send out some vintage D&D stuff to those VMP members who may enjoy it. My rules are this: you must be a VMP member and would appreciate this. If you plan to sell them, please don’t. I bought the set for the hard bound manuals, but I’ve also got about 30 campaigns. If you’d like some stuff and are a VMP member, comment here and I’ll send you three things (and maybe some dragon dice). I’ll send things out to three random folks. Not looking for you to cover the cost… I’ll actually roll dragon dice to choose. I’ll send you a whisper when it’s time. Let’s say… end of July. I’ll roll 8/1. 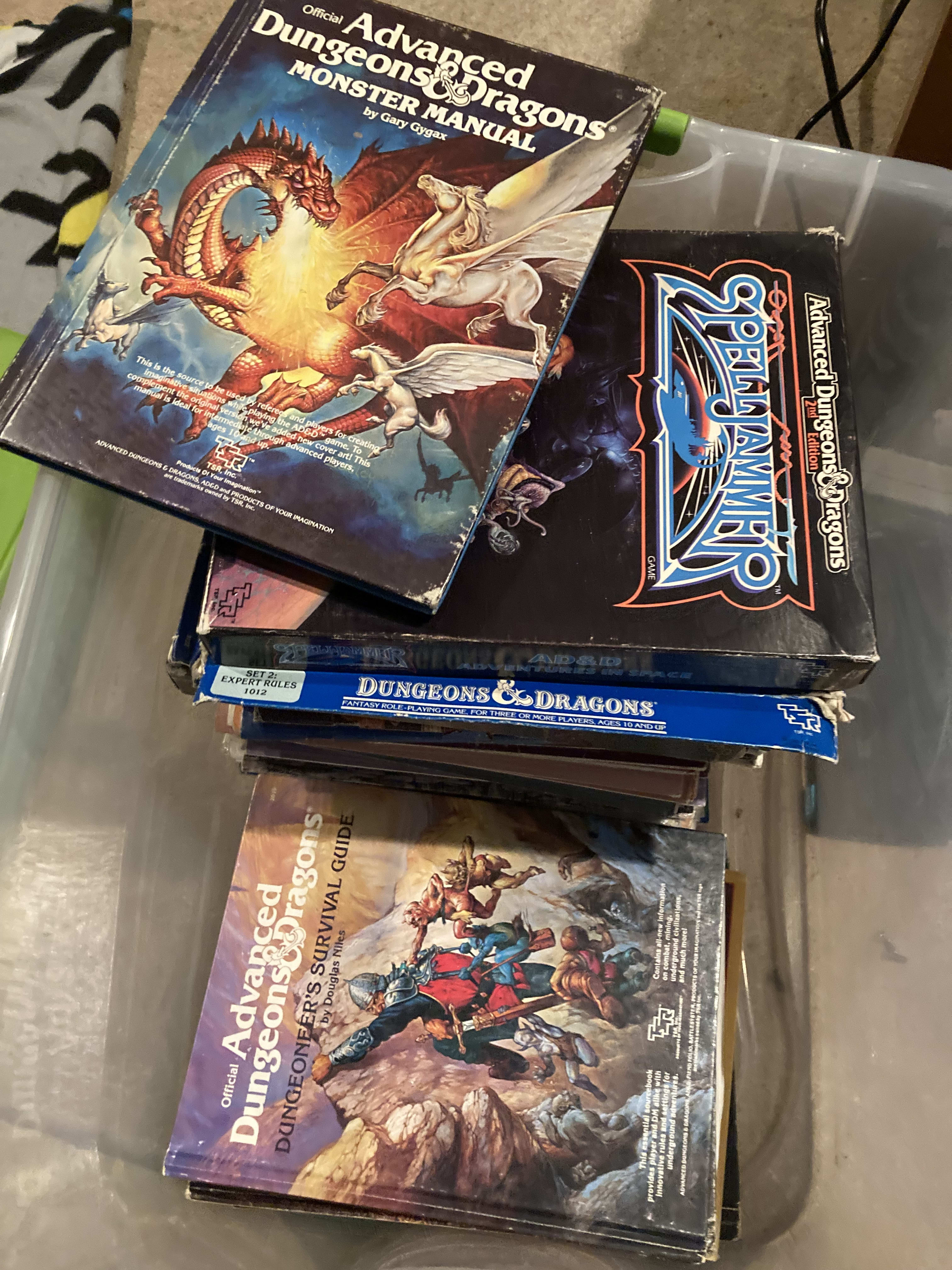 Edit - to clarify, I’m going to pick 3 random people if there are that many D&D donks here