The merry month of Mehmas-Day 1

Welcome to the month of December thank you for electing me the goat. In many ways I am like Tom Brady, I went to Michigan, and you either love me or hate me. The comparison ends there though. So this month we have content to talk about, from historical topics (sorry I am a PhD student who studies Modern European History) to reef tanks (Christmas present for the ankle biters that will be set up over the next month) to vasectomies (yeah you hear or read that right we are going to talk about male birth control, t-minus 17 days till the party for this guy) and some other fun topics. So today I want to start with something light hearted. With the first of the holiday hurdles behind us or the holiday triple crown I would like to talk about bathroom decorations.

I know you did not see this topic starting off the month, if you don’t like it blame me that’s kind of the job.
So long story short or short story long my wife asked me to put out the hand towels in the guest bathroom for the visitors that were coming to eat my turkey, my stuffing my green bean casserole, and were being lazy and not bringing anything to share. So I did what every person with to much time and a little bit of annoyance would do I Meh-formed the bathroom to a Mehtacular room of potty humor. So when your spouse or significant other asks you to do something what are the results? And what do you do with some of the dumb things you have bought on Meh? Here we see a hand towel from the last Meh-rethon and a Meh cup from last years Meh-recain exchange big shout out to @kidsandliz for running those and also not as Meh-tacular but there is a soap dispenser and soap dish from a Meh sale last year and in the medicine cabinet is a Meh toothbrush and not pictured are some bath towels purchased on Meh for our camper that my wife said were too nice. Lastly a leaky bottle of PooPouri. 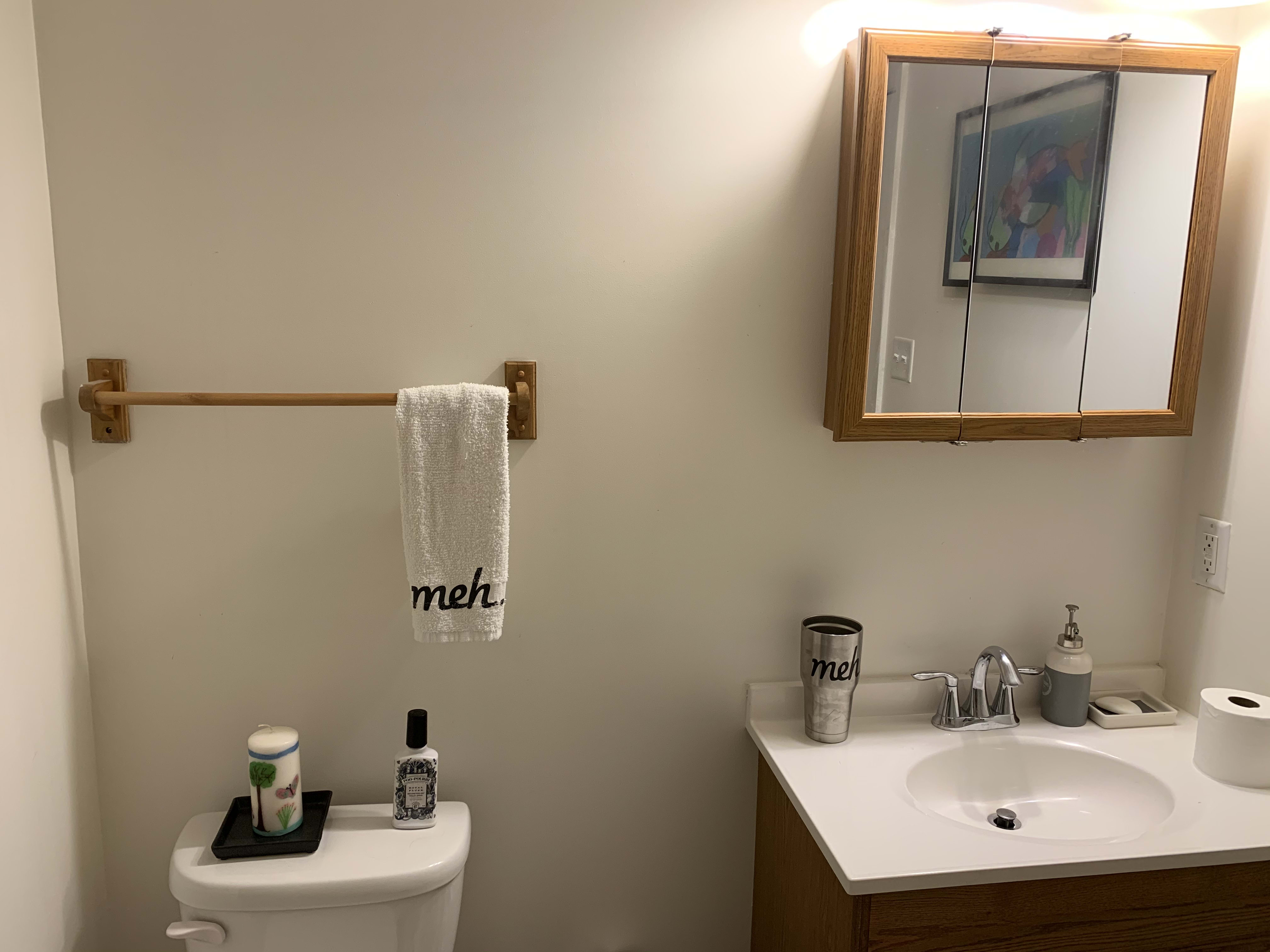 oh yeah and we might talk about camping. Anyway to a great December, blame away.