Well, it sifted out about as I had expected. A few of the races were tighter than I expected.

The Peanut Powerhouse Reese’s secures a fairly commanding victory over the holiday staple Candy Corn. Some people say Candy Corn will never see the big game but Candy Corn’s fervent fanbase supports it all the same.

In the battle of the nougats, the silky smooth style of MilkyWay’s nougat slid past the airy-whipped nougat offense of 3 Musketeers.

Smarties fall to M&Ms but make a respectable showing despite being written off. M&Ms punch above their weight in adaptability, but we’ll see what they bring to the table in round 2.

Snickers sees a satisfying victory over a relative unknown in Vanilla Tootsie Rolls. This game really allowed Snickers to display different layers of flavor in this matchup.

Butterfinger’s crunchy confection based attack managed to hold off its gummy flavored opponent leaving them to go sour-faced.

The fight between KitKats and Nerds was the scrappiest in the first round. Despite the disadvantage, fruit-flavoring faces in the current chocolate favored bracket Nerds almost manages to break off a piece but KitKats manage to pull ahead to move on to round 2.

Twix milks an easy victory over a Bear-ly gummed opponent offense. Twix will have a tougher time against a very similar opponent in KitKats that uses many of the same ingredients.

Alright, hope you had fun reading that. The updated bracket is below. Round 2 will see: 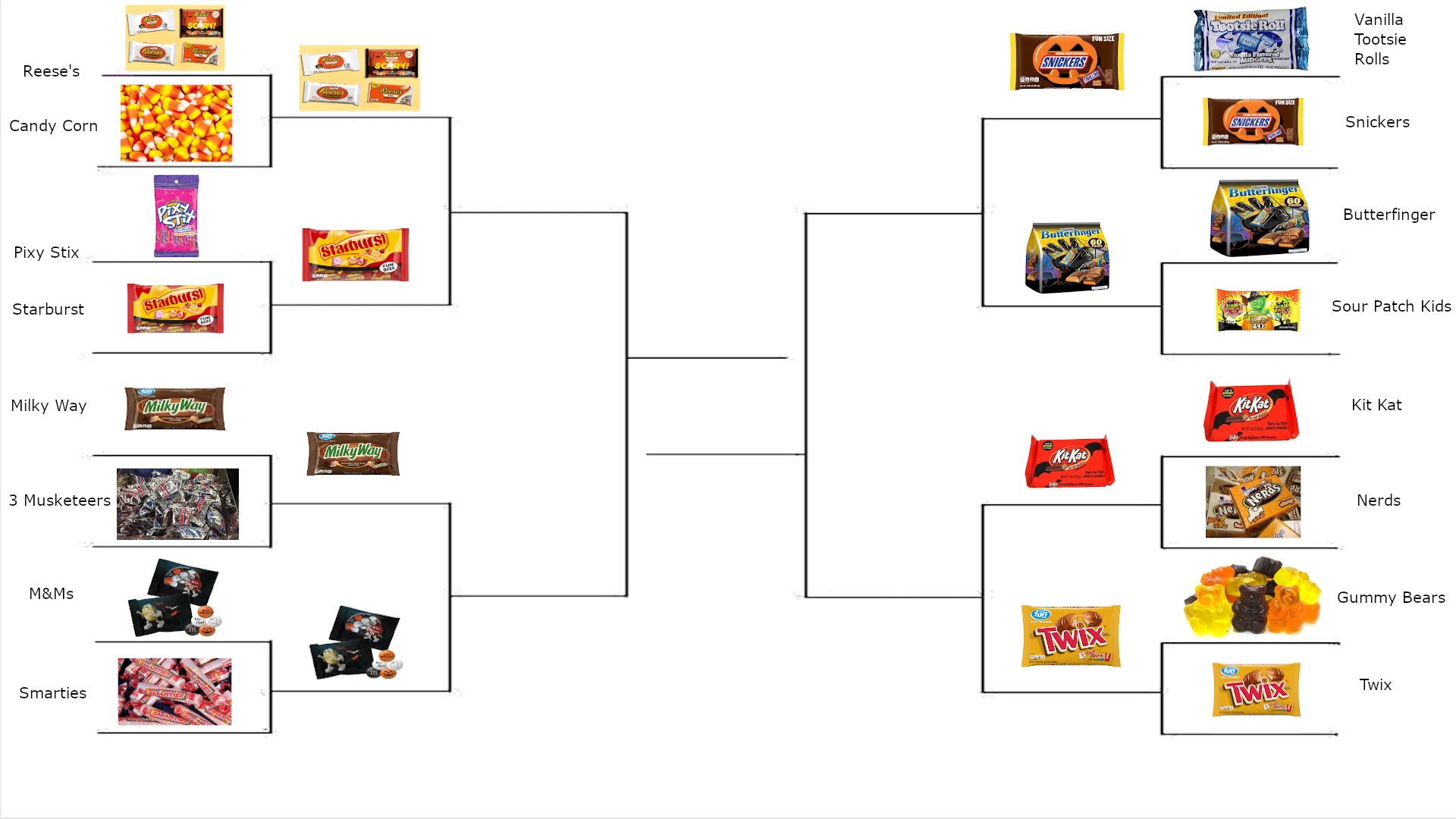