Beam me up Scotty, and set Phasers to stun!

How about a double dose of Star Trek to finish off the month? 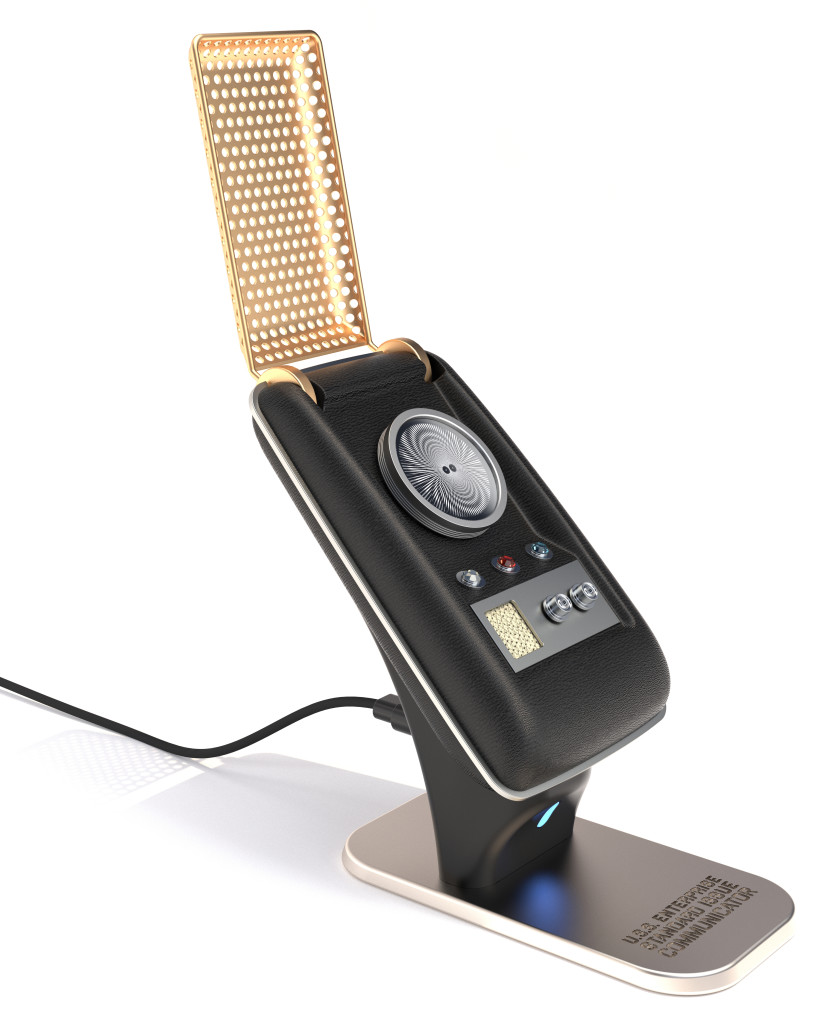 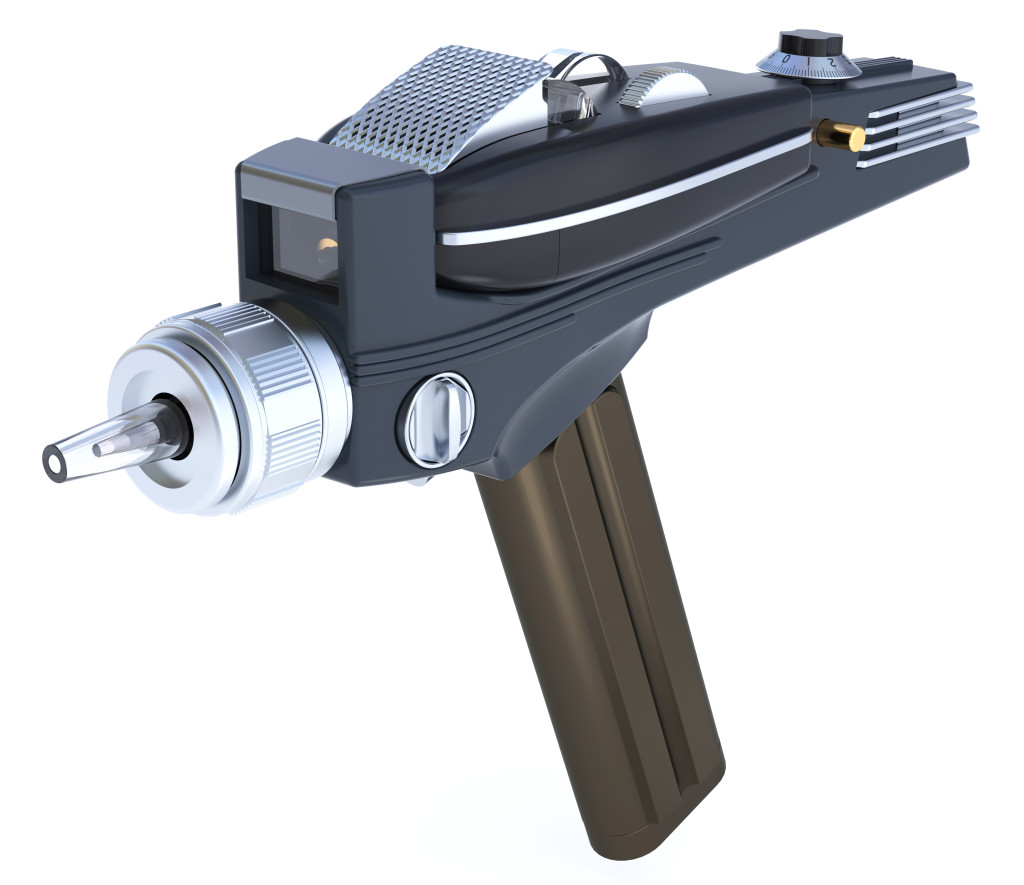 The Wand Company (their first product was a magic wand TV remote) makes amazing prop replicas of the original Communicator and Phaser from Star Trek. And they DO STUFF too! The Phaser is a TV remote control, and the Communicator is a Bluetooth “headset”. Yes, you can flick your wrist and answer your phone with the Communicator!

Both were created from 3D scans of the original props, and are well built with loads of detail. 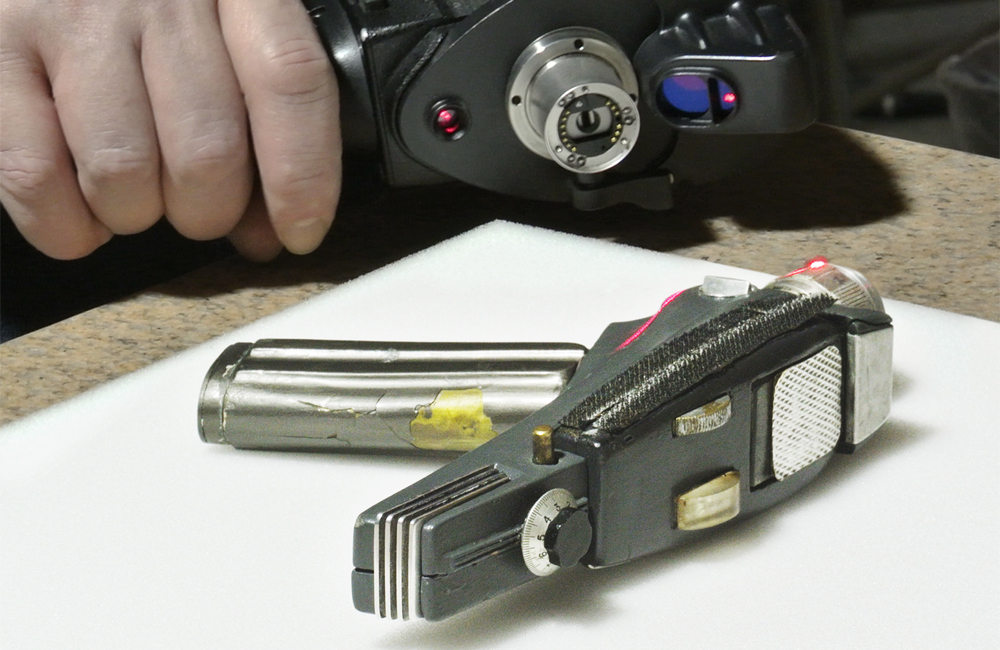 The detail extends to the packaging and instructions. Look at the cases they come in. 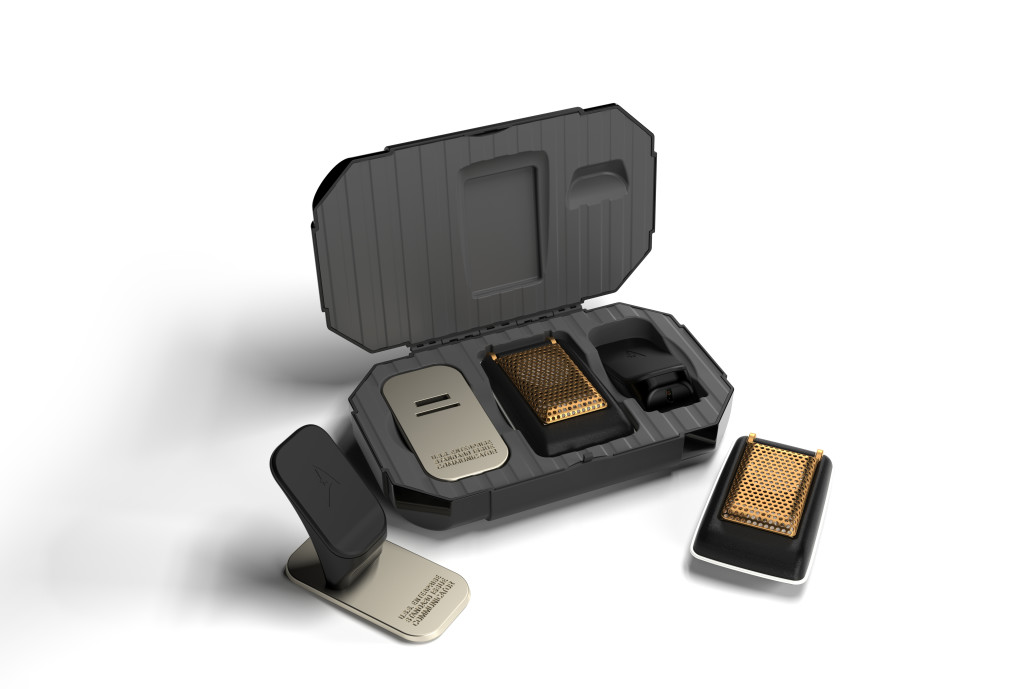 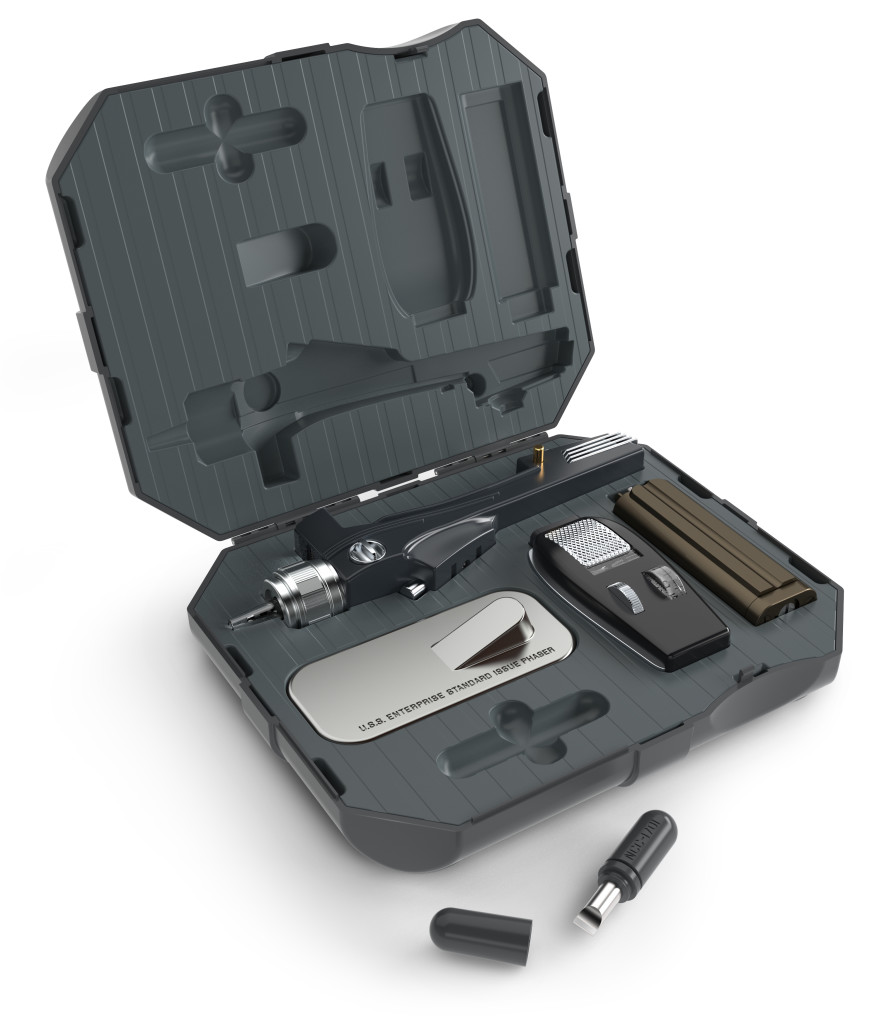 The only thing that’s cheap is the embossed plastic pouch for the Communicator, but I guess it would help keep it from getting scuffed.

Initially they were both exclusives to ThinkGeek, then Best Buy and others picked them up. At $150 I was reluctant to buy them, but a year and a half ago Best Buy cleared out their stock for $50. I grabbed the Communicator, but hesitated on the Phaser, and it was gone when I quit waffling. My second chance came with last year’s ThinkGeek black Friday sale, with everything in the store half off. I still waffled, but I got the Phaser for $75. Don’t get me wrong, they are worth it, I’m just a cheapskate.

The Communicator does the chirp when you open it, and the moiré pattern disc rotates for a while.

It has a wireless, magnetic charging base, three status lights and two buttons, one of which is a 4-way joystick. There’s a library of 20 voice clips and sound effects.

The Phaser has a magnetic base, but charging is wired. And just like the real prop, the Type 1 Phaser detaches from the Type 2 Phaser handle. 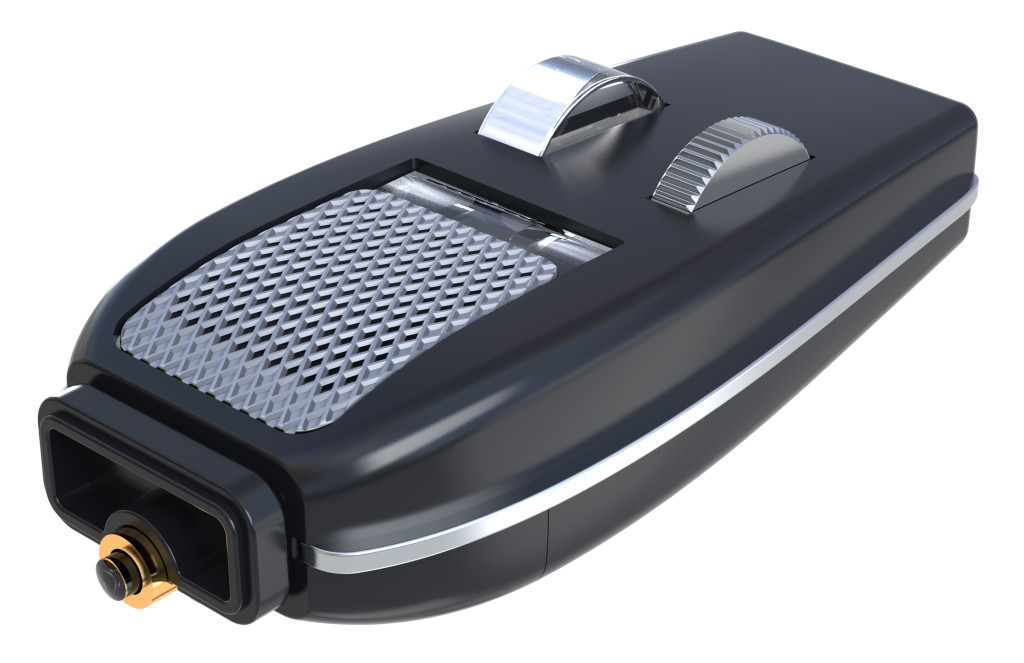 In fact, the Type 1 is where all the brains and most of the electronics are, and you have to remove it from the Type 2 to charge it. The button on the bottom is the Type 1 trigger, and the 6 contacts connect to the Type 2 trigger, LED and 10 position dial. 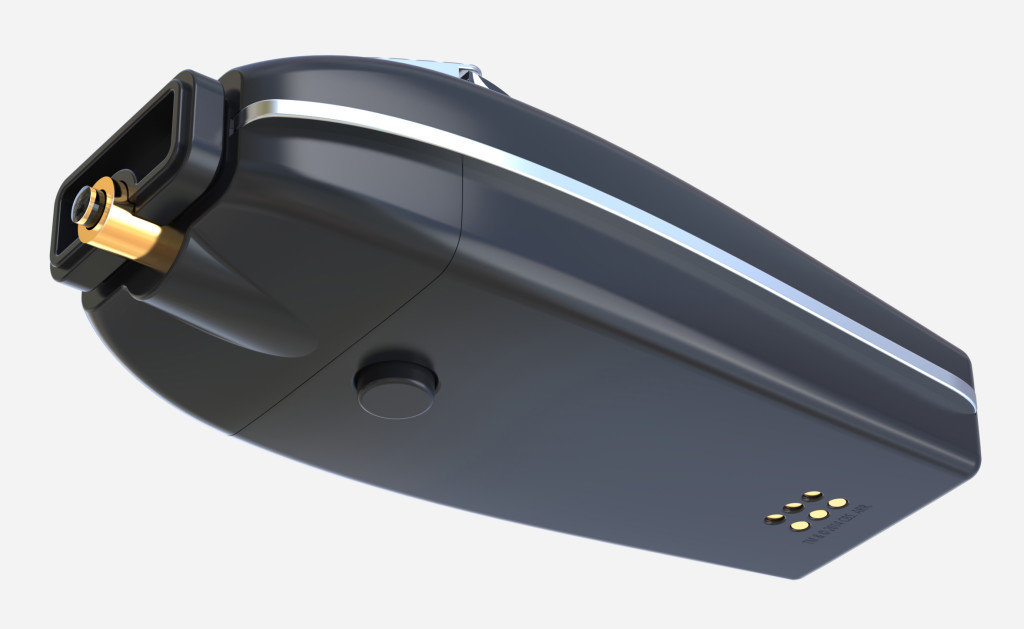 The Type 2 dial selects many different phaser sounds including self-destruct overload (if you let the overload go to detonation, the phaser is dead, and you have to restart it

). And, strangely enough, photon torpedo firing. The various modes also have several different LED colors. There’s a removable cover on the left side that reveals the dilithium crystal, which lights up in sync with the emitter.

The Phaser talks to you as you switch modes between Practice, Control and FX modes. It’s not the Enterprise’s computer voice though.

Oh, I just learned something! Setting 0 on the dial is Enterprise sound effects mode. Set that, hold the trigger, and the various remote gestures will trigger eight different shipboard sound effects. Cool. 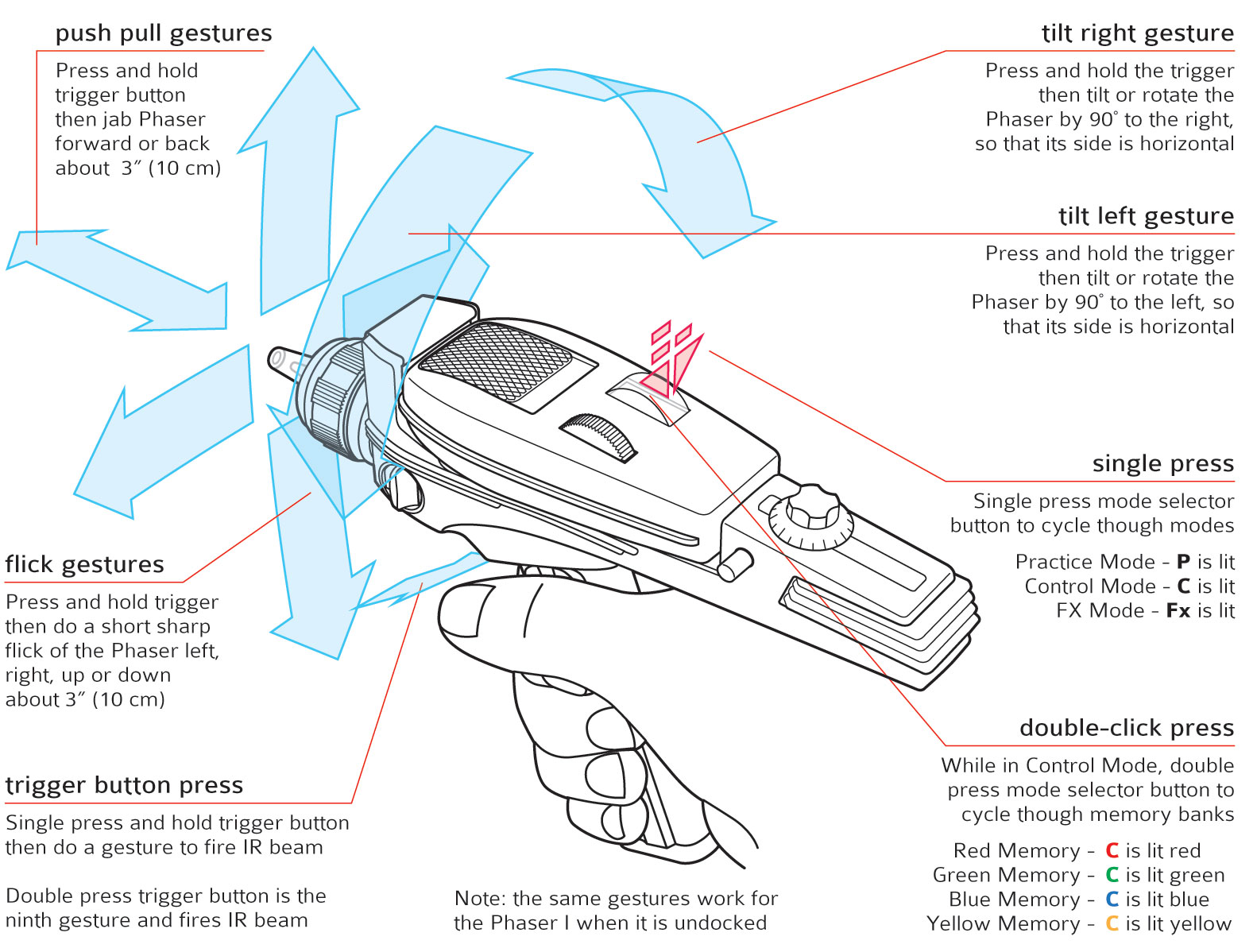